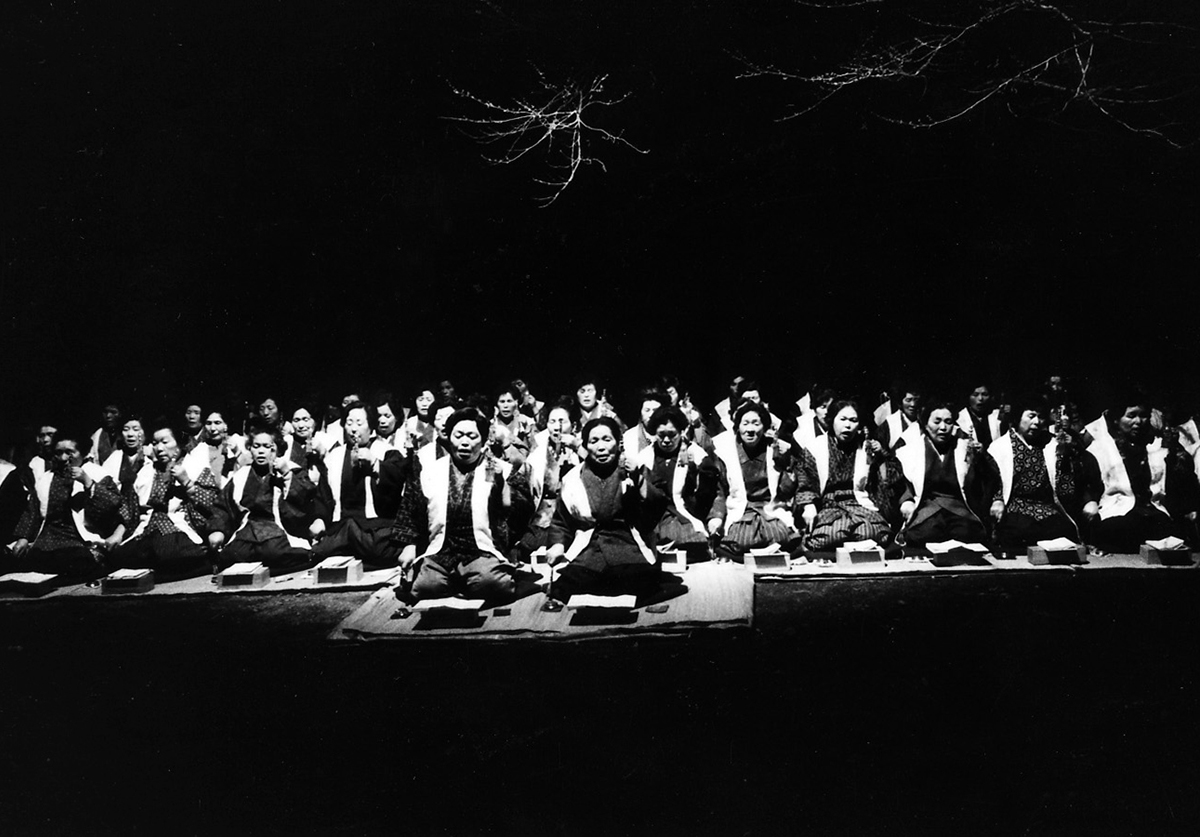 The farmers who have appeared in our films, up until now, primarily told stories in response to our questions in interviews; that was the filming method we used. In Sennen kizami no hidokei – Magino-mura monogatari [The Sundial Carved with a Thousand Years of Notches – The Magino Village Story] we didn’t use this form at all. In this film the farmers talk about nothing else than their own matters and, nevertheless, they are sufficiently conscious that every “character” performs a “character”.

When we were caught up in trying to grasp all the words used for rice, we were complete outsiders for the villagers. And for us, they were also semistrangers. At the time, we could have made a film in the form of an interview in Maginomura [Magino Village]. However, by the time we set up our cameras in front of the villagers, ten years had passed since we had come to the village and we knew the personality of every villager through and through. We had heard their “stories” dozens of times. For their part, they sufficiently understood that we were knowledgeable of various matters.

So how did we do it then? Let me give you the example of the opening scene after the intermission: the story of the Mountain Goddess. We had already heard this story many times before from our main character Yasushi, and because of that I couldn’t insolently ask again: “Well, Yasushi, tell us about when the Sun God was dug up from the field.” So which method did we use? We asked for advice: “Yasushi, we think it would be interesting to film that story, but from which point in the story do you think it would be the most interesting to start telling it?” And then Yasushi said: “You are right,” and he thought as hard as he could about a narrative and script that were the most appropriate to express his feelings.

We made the scene in which the farmers perform themselves entirely with this kind of method: the villagers and we would bring up “ideas” and discuss them between ourselves; and while we grew closer to one another, we made the film. We didn’t want a reproduction of the story per se, but we wanted to document the heart and soul of the people who tell these stories.

Now I will talk about the story within the story that is contained in this film.

These events really happened to the ancestors of Magino. Of old, they were passed down, orally or through books that were read from generation to generation. And with the passing of time, several layers of feelings and thoughts of each villager from every generation were superimposed upon them and, before one knows, it is the story that is conveyed today. And that’s why, in these stories that every villager knows, there is an essence that becomes stronger as the stories are transformed into theatre; and precisely that, through all generations, touches a nerve with the majority of the villagers and continually revives the image of the ancestors. That is the motive behind these stories.

Here, too, we wanted to document how the villagers felt towards these stories, the impressions of the current villagers, and thereby also their current heart and soul.

As a point of departure to allow these feelings to merge with one another, we provided a screenplay. And we constructed a stage as a set for a dramatized film, as a place to allow this enthusiasm to well up. The farmers of Magino who assembled there each assumed a “role” charged with feelings towards the events of the ancestors, or closely observed the “play”. They weren’t spectators, they were all participants in the “play”. This air of great excitement and tension also enveloped the participating actors from outside of the village, who were famous in Japan.

What’s more, the place where the play was performed was the place where the real events had occurred. For the costumes and the props, the people from the village searched for things that the ancestors had left behind in storehouses and that were connected with the events that were performed. I will give three examples of this. For instance, the document with which the magistrate confronts the leader of the peasant revolt as burden of proof is the original document that the peasant leader had written and signed himself. The kimonos and the footwear that Naka and the other women wear in the “story of the beggar” were selected from wardrobes by women of the village whose mothers and grandmothers, who had known Naka and the other women, had left them behind. And their hairdos, of course. The women of the village really meticulously paid attention to everything, down to the smallest detail, even as far as the smallest objects like a little purse that’s in fact never seen on screen because it is hidden in an obi [sash].

That way, the story within the story lived on in the very place of the events. The result is that we didn’t merely re-enact the story, but that we arrived at documenting the current heart and soul of the people who tell stories.

From the interview published in Informationsblatt (Berlin: 17. Internationales Forum des jungen Films, 1987). The interview was conducted by Regula König in the office of Ogawa Productions in Tokyo on 9 January 1987. A part of the second half of that interview was extracted in the form of an account. 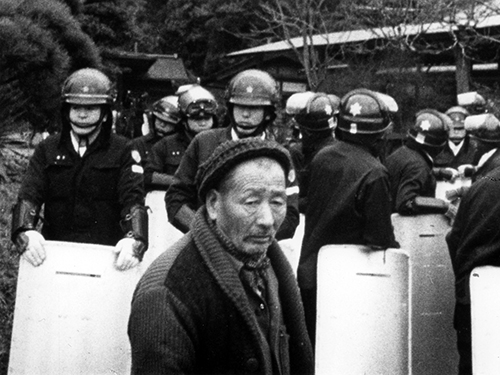 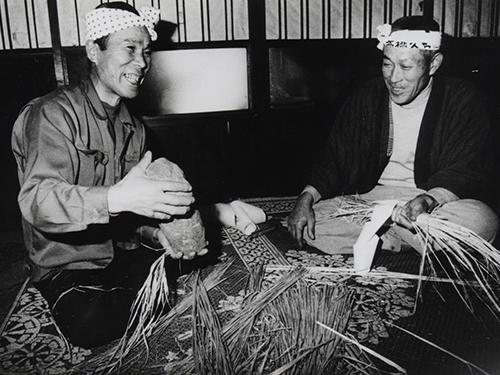 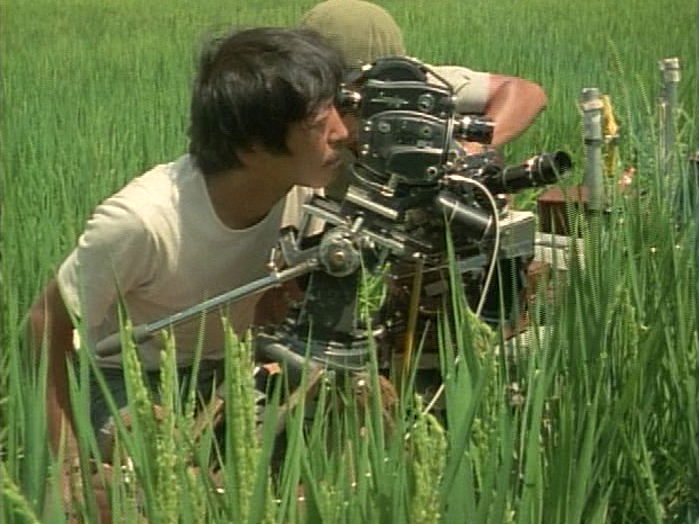 “What Ogawa’s Sundial Carved by a Thousand Years of Notches (and the Yamagata Documentary Film Festival that it inspired) suggests is that new transnational networks must be built, no matter how unprofessional and utopian, in order to wrest at least some of the power away from the core o