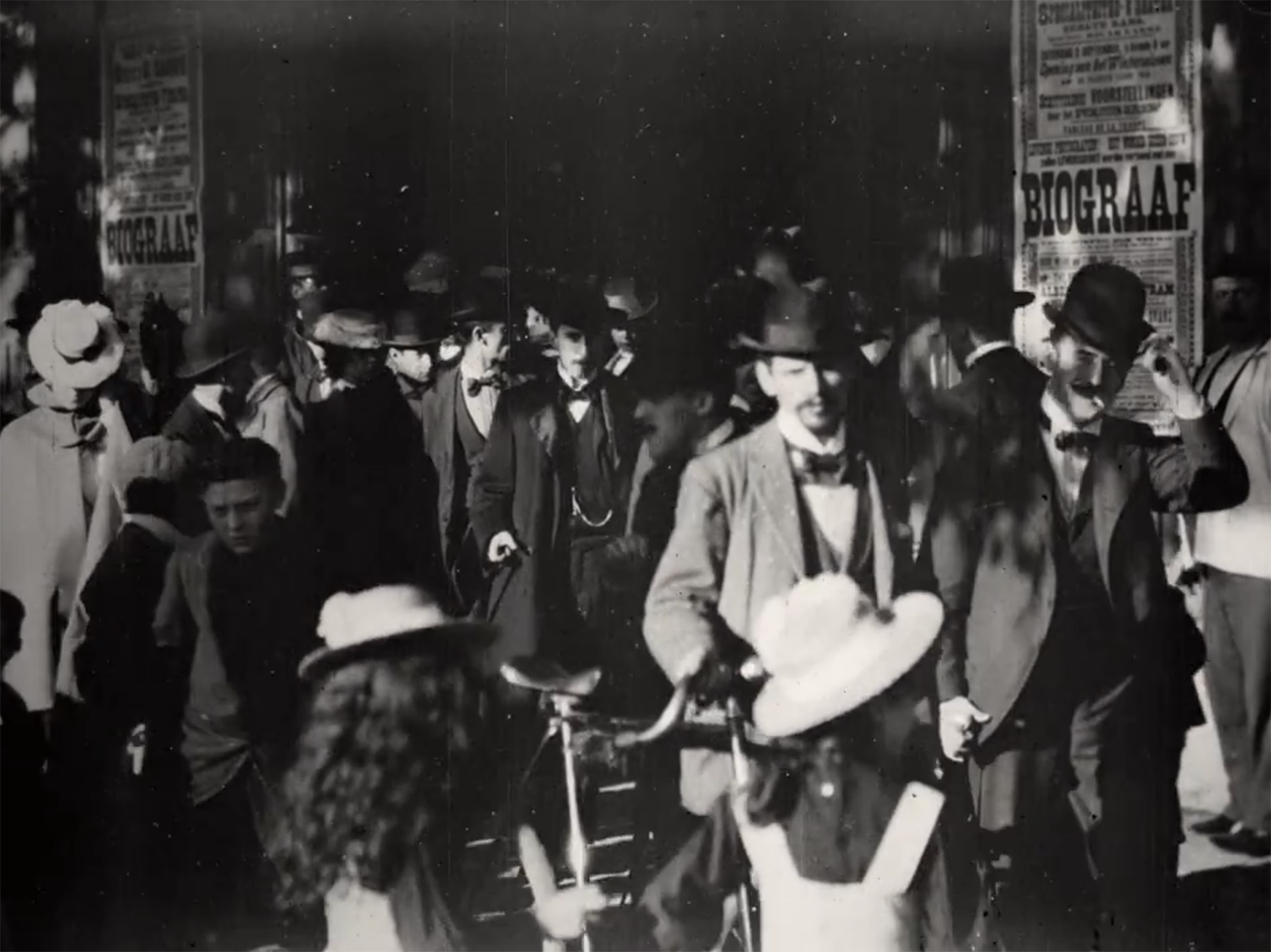 The Mutoscope and Biograph Collection is the oldest film collection held at Eye Filmmuseum in Amsterdam. It includes over 200 films, most of which made in Europe between 1897 and 1902. This constitutes the largest existing collection of Mutoscope and Biograph films surviving in the world. These films are all photographed with the unique large-format 68mm Mutograph camera, which provided extraordinarily high-resolution images. These one-minute time capsules from 120 years ago still convey some of the richest and sharpest images that film can achieve.

The Mutoscope and Biograph Collection also has a playlist on Youtube.

“Herman Casler (1867-1939) was the co-founder with Elias Koopman, Harry Marvin and W. K. L. Dickson, of the KMCD group, which eventually became the American Mutoscope and Biograph Company. Following an initial suggestion from Dickson, Casler developed the Mutoscope - a viewing device which used radially-mounted photographs flicked over in rapid sequence to give an illusion of movement. This instrument which was ready by the autumn of 1894, was originally intended to be a competitor to the Edison Kinetoscope. Casler next worked on the development of a camera, the Mutagraph, to provide subjects for it, and by June 1895 a prototype had been successfully tested with film. In the meantime, it had become clear that it was projected film rather than the Kinetoscope that offered the most potential for a long term business; and Casler therefore designed the Biograph projector. Electrically driven, and using wide-gauge sprocketless film, it was intended, like the camera, to be as different as possible from anything that had been patented by Edison. Dickson’s knowledge of the development work done at West Orange makes it very likely that he was involved with Casler, at least at the design stage, but officially it was Casler who was announced as the inventor in both patent specifications and theatre announcements. The high quality mechanical work done by both Casler and Marvin laid the foundation for the later success of the Biograph group. Both camera and projector produced outstandingly good results, competitors it faced. It was by using Casler's patents as security for loans that the group was able to raise the considerable amount of catpital required to begin international expansion during the 1890s.”