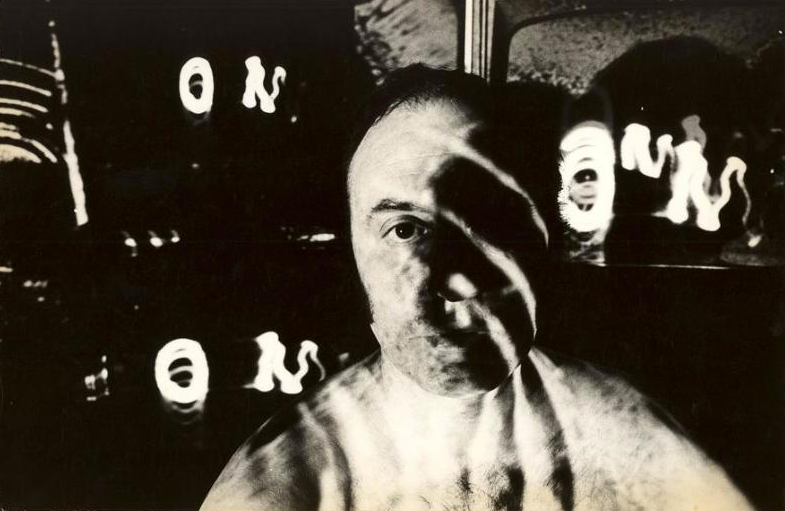 The Italian-American filmmaker, painter, poet, sculptur and media artist Aldo Tambellini, who had a major influence on the art scene of the sixties and seventies, a pioneer of video art and multimedia installations, has died at the age of 90.

From the New York Times obituary by J. Hoberman:

“Mr. Tambellini was notable for his community-based sense of cultural production, particularly during his years as an artist-activist on Manhattan’s Lower East Side. He was even more famous for his career-long interest in the color (or noncolor) black. “It is striking that one of the true pioneers of video has seemed to base his entire production on a rejection of the centrality of light,” a critic observed in the magazine Artforum on the occasion of Mr. Tambellini’s 2012 retrospective at the Tate Modern in London. But for Mr. Tambellini, black was something more illuminating than the absence of light.‘‘Black’ is the expansion of consciousness in all directions,’ he wrote in a 1967 manifesto, “Black Is the Awareness of a New Reality” [...]. “I see ‘Black’ very clearly as the beginning of all things; and in the beginning it was ‘Black’ before the beginning. There was ‘Black’ before there was light in the whole universe. There is ‘Black’ inside the womb before the child is born. ‘Black’ is not the opposite of white; it is a state of being. We come from this womb. We come from this planet enveloped by ‘Black.’ [...] Mr. Tambellini began working with video technology in the late 1960s. Along with Mr. Paik and Mr. Piene, he was one of the first video artists to have his pieces shown in a New York gallery and broadcast on television. While “Black TV” (1968) compressed two years of television news reports into a nine-and-a-half-minute barrage of sound and image, Mr. Tambellini also made more straightforward recordings. In 1971, he documented the meetings and activities of the Italian-American Civil Rights League, including the Columbus Circle rally in which the league’s founder, Joseph A. Colombo Sr., was assassinated. [...] Mr. Tambellini left New York in the mid-1970s, joining Mr. Piene as a fellow at the Center for Advanced Visual Studies at the Massachusetts Institute of Technology in Cambridge, Mass. He described his work there as ‘developing the concept of Communicationsphere, working with interactive telecommunications systems, primarily slow scan television and two-way cable TV.’”

“One day, Aldo’s Black TV will be considered a classic.”

“Black TV is the title of Tambellini's best-known videographic film, which is part of a large intermedia project about American television. Compiled from filmed television news programs and personal experimental videotapes, Black TV has been seen in many versions during the four-year period in which Tambellini constantly re-edited it. ‘Since my interest, is in multimedia and mixed-media live events, and in experimental television, I think of film as a material to work with, part of the communications media rather than an end in itself. In the future we will be communicating through electronically transmitted images; Black TV is about the future, the contemporary American, the media, the injustice, the witnessing of events, and the expansion of the senses. The act of communication and the experience is the essential.’ As Tambellini's remarks indicate, Black TV is about perception in the intermedia network. It generates a pervasive atmosphere of the process-level perception by which most of us experience the contemporary environment. Since it involves the use of multiple monitors and various levels of video distortion, there is a sense of the massive simultaneity inherent in the nature of electronic media communication. Black TV is one of the first aesthetic statements on the subject of the intermedia network as nature, possibly the only such statement in film form.”

One of the last interviews with Aldo Tambellini: