On February 21, American filmmaker and choreographer Stanley Donen passed away. In 1999, Donen was a guest at the Flanders International Film Festival in Ghent, where he was honored with a retrospective of his work and a Joseph Plateau Lifetime Achievement Award. Flemish film critic Leo Verswijver interviewed Donen in Ghent:

“You’re making something that people have to pay money for if they want to see it, and then they have to sit in a chair in a dark room. They have to stare at this big square, they have to sit there like this for two hours and when it’s over, you hope they’ll say, ‘I had a great time!’ So what are you going to put on that wall to give them a great experience? That’s hard! But it also makes it a great adventure to make a movie. I always had a great love for movies, how they are made, what a camera sees or doesn’t see. But be aware that nobody can do everything. You can’t possibly be all things in one. It’s a collaborative form of art: you need actors, writers, cameramen, composers and so on. You can’t be Orson Welles, Woody Allen, Billy Wilder or John Huston at the same time. You can’t.”

“In Stanley Donen, [we move from the spectacular to the spectacle,] ‘flat views’ are allowed to show through, as postcards or snapshots of landscapes, towns and silhouettes. It gives way to those purely optical and sound situations where colour takes on a fundamental value, and the action, itself flattened, is no longer distinguishable from a moving element of the coloured film set. So dance arises directly as the dreamlike power which gives depth and life to these flat views, which makes use of a whole space in the film set and beyond, which gives a world to the image, surrounds it with an atmosphere of world (Pyjama Picnic, Singing in the Rain, not just the dance in the street but the Broadway finale). Dance will thus guarantee the transition between the flat view and the opening up of space. It will be the movement of the world which corresponds, in the dream, to the optical and sound image.” 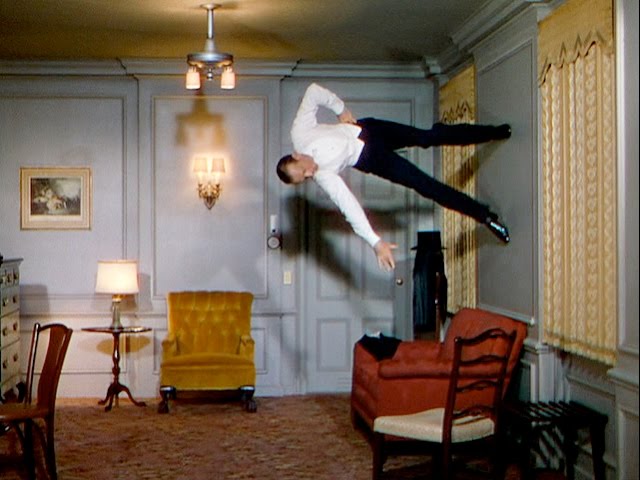 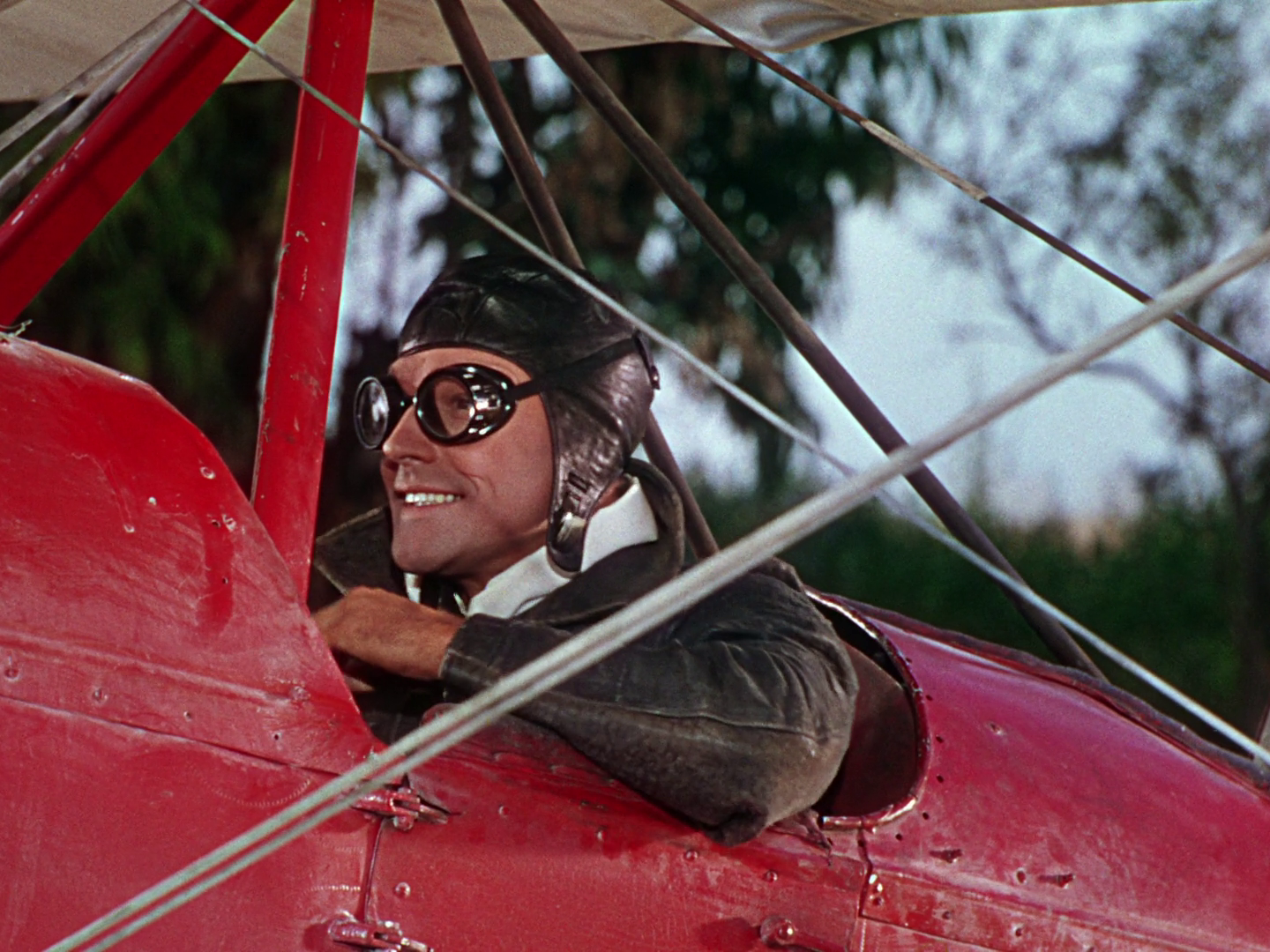 In 1927, Don Lockwood and Lina Lamont are a famous on-screen romantic pair. Lina, however, mistakes the on-screen romance for real love. Don has worked hard to get where he is today, with his former partner Cosmo.