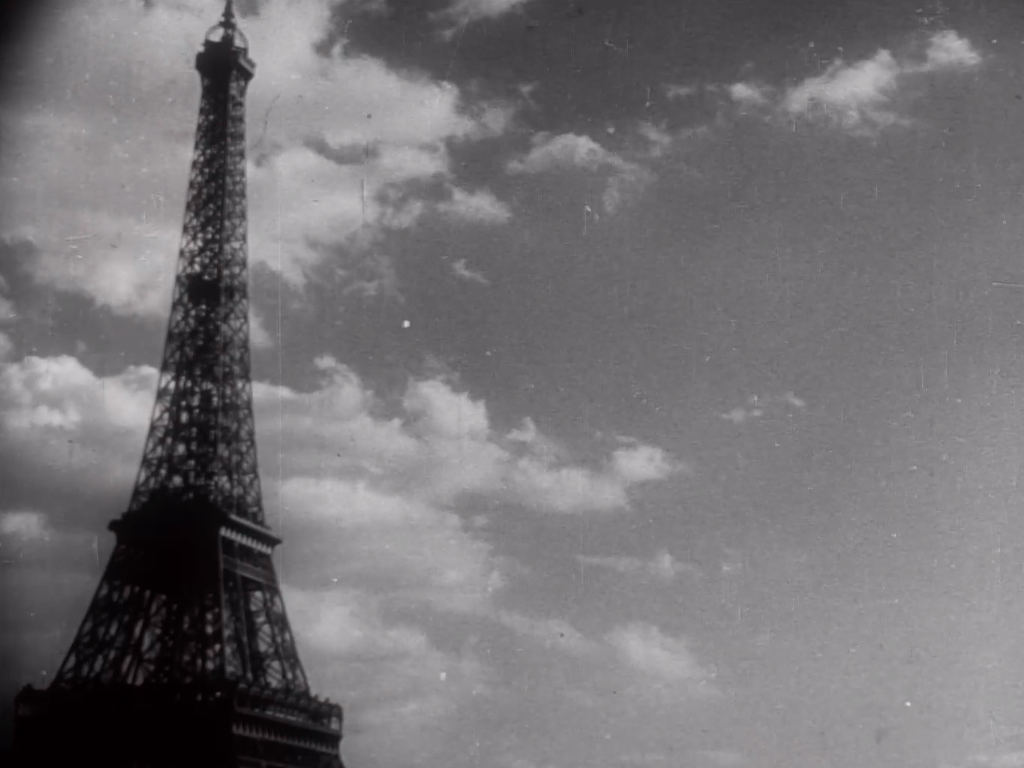 Forty years after its construction, René Clair composes a visual poem about Paris’ most striking and famous landmark: the Eiffel Tower.

“Maupassant often lunched at the restaurant in the tower, though he didn’t care much for the food: It’s the only place in Paris, he used to say, where I don’t have to see it. And it’s true that you must take endless precautions, in Paris, not to see the Eiffel Tower; whatever the season, through mist and cloud, on overcast days or in sunshine, in rain-wherever you are, whatever the landscape of roofs, domes, or branches separating you from it, the Tower is there; incorporated into daily life until you can no longer grant it any specific attribute, determined merely to persist, like a rock or the river, it is as literal as a phenomenon of nature whose meaning can be questioned to infinity but whose existence is incontestable. There is virtually no Parisian glance it fails to touch at some time of day; at the moment I begin writing these lines about it, the Tower is there, in front of me, framed by my window; and at the very moment the January night blurs it, apparently trying to make it invisible, to deny its presence, two little lights come on, winking gently as they revolve at its very tip: all this night, too, it will be there, connecting me above Paris to each of my friends that I know are seeing it: with it we all comprise a shifting figure of which it is the steady center: the Tower is friendly.” 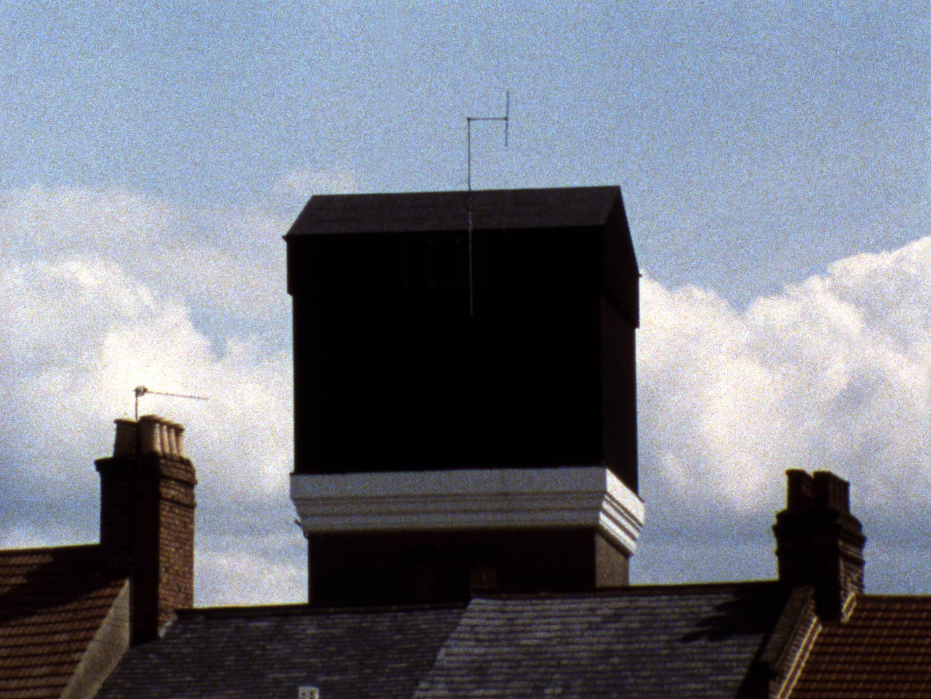 “Smith’s ‘accidental horror’ film wears its constructivist tricks as a primary-coloured cloak around the barest of wireframe figures. That Smith dismisses the plot as secondary to the film itself reveals more about his artistic leanings than any supposed embracing of genre, and the fractured realism and creeping terror of the story plays out despite and because of them.

Enchanting and good-humoured (as with almost all of Smith’s films), The Black Tower tells a singular story of architectural horror and madness worthy of the ungovernable geographies of Machen, Welles, or Lovecraft, situating itself firmly in the quotidian grit of Thatcher’s Britain. Constantly pointing to its own telling, as well as the mode and method of that telling, Smith’s film questions the viewer’s own certainty even as the narrator loses theirs – at the same time challenging not only the veracity of the film but also the viewer’s complacency watching it.”

“In older films such as The Black Tower, one of the reasons for making the film was to do with what the tower looked like in certain lighting conditions. The tower in question is, or was, actually a large, metal water tank that looked a bit like a garden shed on the top of a brick column, this strange, enormous structure. The garden shed bit was painted in completely non-reflective black paint so, especially in a sunny day, you really couldn’t see any detail in the black, or where the black roof joined the black walls, or where the walls joined each other. So often the top, black part of the tower just looked like a hole cut out of the sky, an absence. It’s like the empty plinth in Trafalgar square. I was fascinated by this column supporting this black polyhedron, and when you looked at it from different angles the configuration of the sides changed, but it remained looking like a flat, black hole, of different, multi-faceted shapes – so that was the initial reason for doing it, because I was curious about the way something looked. That’s very often the impetus for making films. Other ideas come in later, but it starts with noticing something unusual.”

“The Black Tower expands the core of Smith’s interests: chiefly, the image as a filmic fact which is constantly questioned and often undermined by language and soundtrack. Like his earlier films, The Black Tower is concerned with description, but this time framed by a story whose undertow of melancholy balances its wit and wry humour, and which is a remarkable fiction in its own right.”

“Smith’s intention was to show how, just as the real black tower near his home could be seen from many different angles in apparently different settings – a housing estate, a prison, a churchyard – so language can construct any number of backdrops to a phenomenon, thereby altering atmosphere and interpretation. Smith applies the subjectivity of language to the objecthood of the black tower, converting it from a banal piece of industrial architecture to a cipher of paranormal potential. By simply filming the tower in all its different settings and applying a monologue over the top that mystifies this process, we are led to believe that the tower is beleaguering the protagonist, following him, or, at least, that he is deluded into believing that he is being followed. Although we know that this illusion is down to the power of editing alone, we happily half-abandon this knowledge for the thrill of the subterfuge.”

Nick Bradshaw: Of the earlier pieces in the show, The Hut and Leading Light seem to embody the two poles of your interests. There’s a documentary appreciation of the world in Leading Light, and a total mangling of it in The Hut.

John Smith: That’s true. Most of the work falls between those poles and shifts in and out of naturalism and representation on the one hand and extreme abstractions on the other. Films like The Black Tower are very much to do with the way one can move between illusionistic involvement and awareness of construction, abstraction and representation. 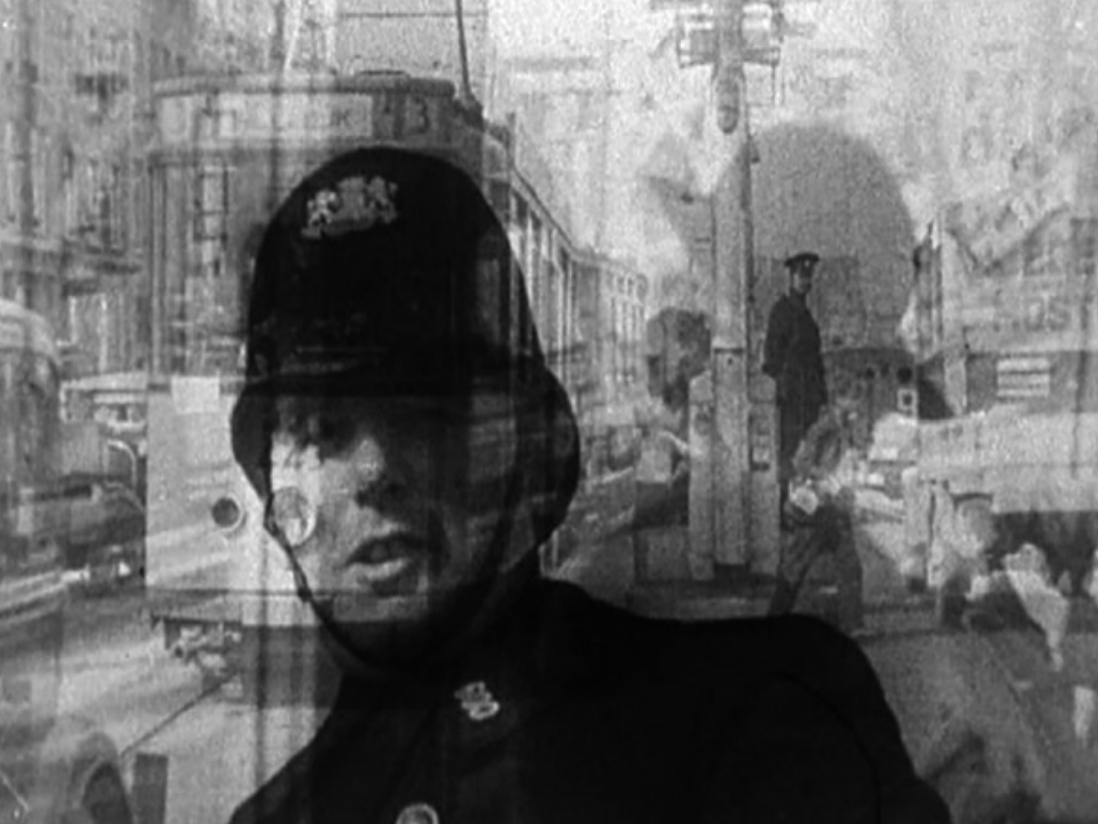 Short film of traffic flows across the Maas bridges in Rotterdam.

“The film begins with the cityscape; the camera tilts down towards a junction, and moves on following traffic at the Koninginnebrug, as seen from the tall railway bridge next to it. The latter will appear in the film later on, through images similar to those of Ivens’s De Brug (1928). After the opening, there are abstract shots of water, ships passing a bridge, a train crossing it. From the ships, the camera turns to the traffic at the bridge at eye level. Pedestrians and cyclists are followed, often through close ups, showing parts of bodies, bikes, and architectural components of the bridge. The next sequence includes cars, trucks, and trams. Some images are taken from a tram and a car, which become patterns of movement. A policeman directs the traffic flows. Crowds are emphasized throughout the film, but individuals are still recognizable. Towards the end, traffic stops. The bridges open and when ships have passed the traffic continues. The film ends with an epilogue using a double exposure shot: the policeman is seen in the middle of the traffic moving in all directions.” 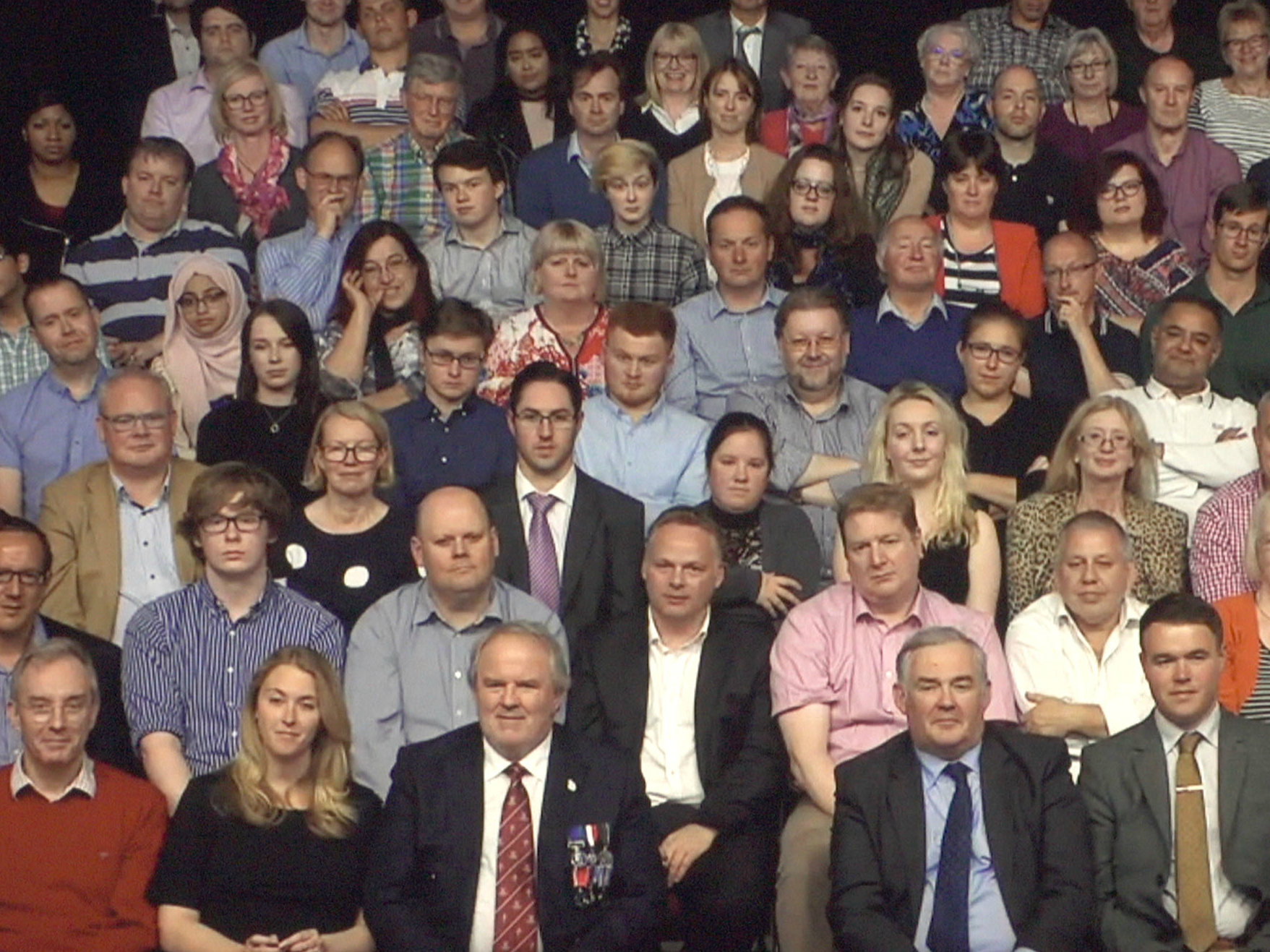 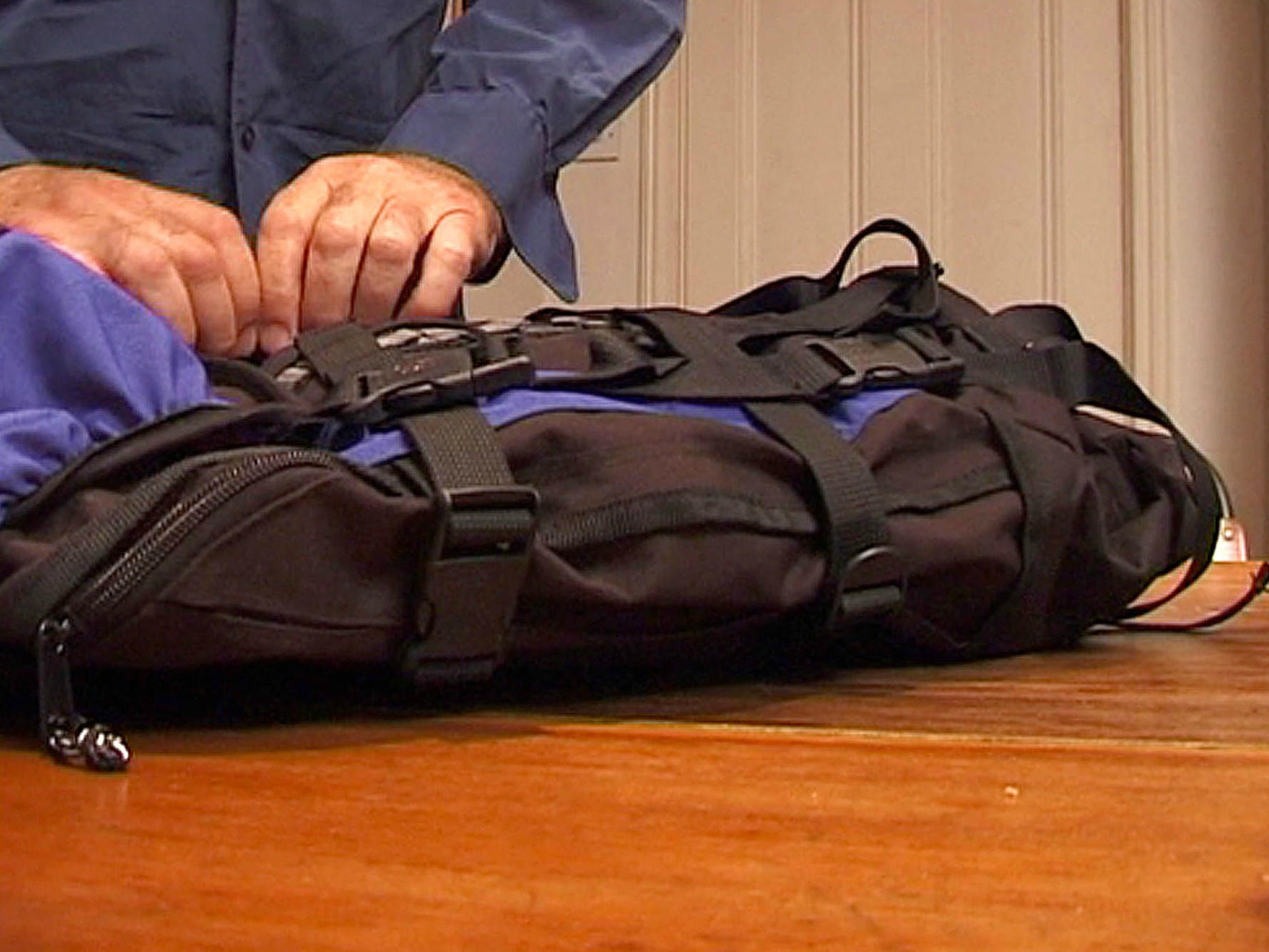 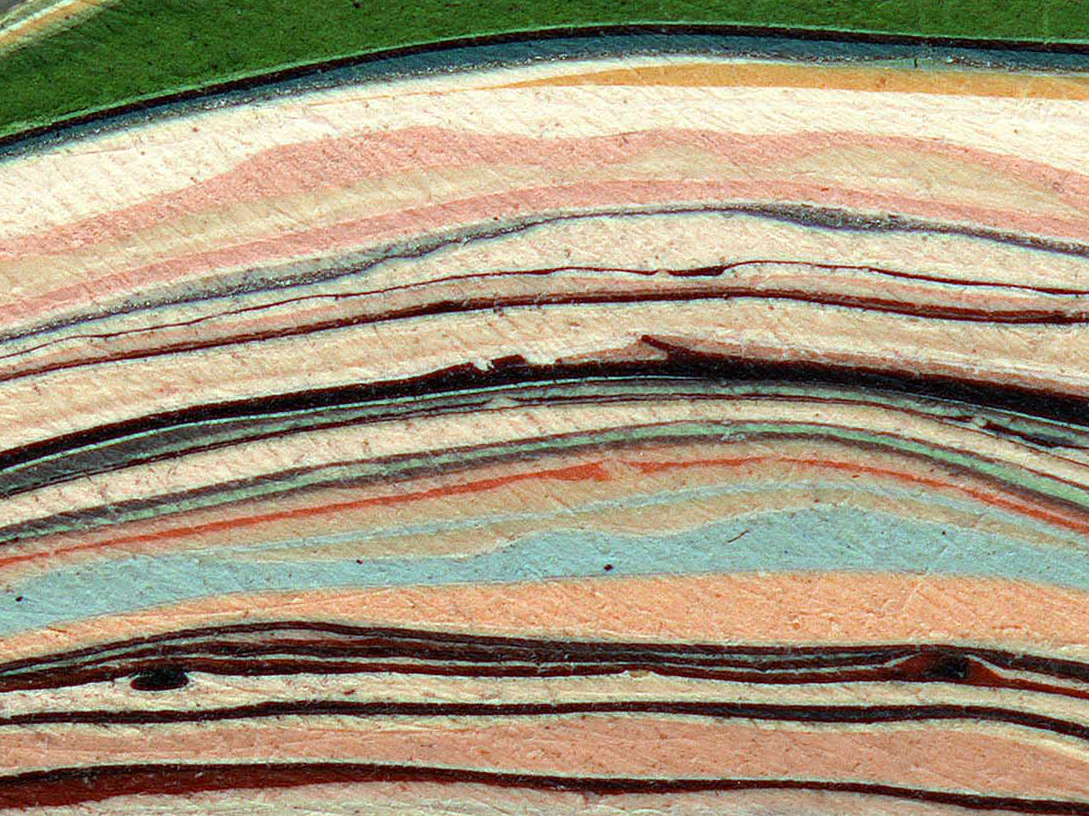