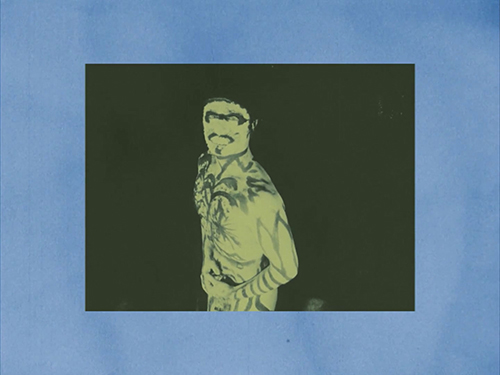 “Barbara Rubin’s [...] Christmas on Earth is the filmic record of an orgy staged in a New York City apartment in 1963. This double projection of overlapping images of nude men and women clowning around and making love is one of the first sexually explicit works in the American postwar avant-garde. Today Christmas on Earth generates a small but passionate discourse in avant-garde film circles. Many consider it to be an essential document of queer and feminist cinema, though others dismiss it as the worthless effort of a naive amateur. Christmas on Earth deserves to be located within a larger esthetic discourse on contemporary art forms such as Happenings, expanded cinema, and installation. Rubin ‘was one of the first people to get multimedia interest going around New York,’ Andy Warhol said. Further, Rubin’s filmmaking practices were a type of performance and sexual agitprop that foreshadowed the emergence of critical body art at the end of the 1960s.”

“When discussed, Christmas on Earth is often compared to Jack Smith’s Flaming Creatures, for better or worse. What remains is that, compared to Jack Smith’s campy outrageous on-screen orgy, Rubin came up with a radical, ritual-fueled depiction of sexuality, a pioneering work of expanded cinema. As noted in the Film-Makers’ Cooperative catalog, Christmas on Earth ‘has neither head nor tail’. Consisting of two reels which were supposed to overlap each other, the film required two projectors – one for the background reel and one, 1/3 smaller, for the front reel. Even if Rubin emphasizes the Duchampian aleatory procedure of screening in her writings, people can now enjoy a fixed digital form of Christmas on Earth. But does a fixed form do justice to Rubin’s performative intentions?”

“In [Jonas] Mekas’s comparatively subdued 2006 film To Barbara Rubin With Love, the filmmaker interrupts footage of an incredible 1966 meeting between Rubin, Tuli Kupferberg, Allen Ginsberg, Peter Orlovsky, Ed Sanders, Gerard Malanga, Andy Warhol, Storm De Hirsch, and himself to explicitly mention via title card that ‘IT WAS BARBARA WHO GOT US ALL TOGETHER.’”