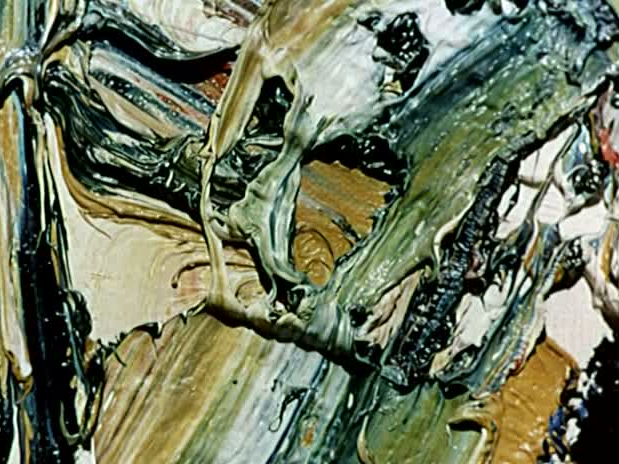 A meditation of the extremes in the world of artist Karel Appel at his studio in Paris.

“After the CoBrA period – Appel often emphasises that this period was less important for him than is usually suggested - he began to paint more violently. The emphasis comes to lie more on the physical aspect of painting. In 1961 the cineaste Jan Vrijman recorded Appel’s way of working in The Reality of Karel Appel (De werkelijkheid van Karel Appel) with music by Dizzie Gillespie and Karel Appel himself (‘Musique Barbare’). In order to make this film, a hole was made in a canvas on which he could work. The painter attacks the camera as if it were an empty canvas.”