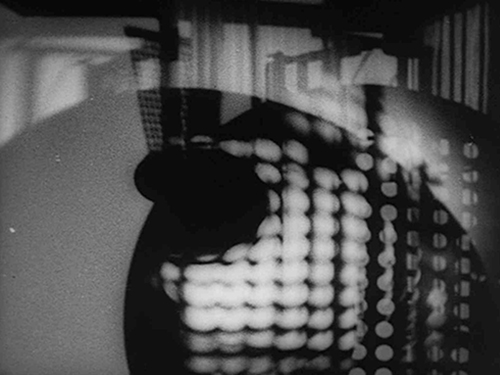 “In 1927, four years after he joined the faculty of the Bauhaus school in Weimar Germany, Moholy-Nagy published Malerei, Fotografie, Film [Painting, Photography, Film]. In this influential book – part of a series he coedited with Walter Gropius, director of the Bauhaus – he asserted that photography and cinema had heralded a “culture of light” that had overtaken the most innovative aspects of painting. Moholy-Nagy extolled photography – and film, by extension – as the quintessential medium of the future. His interest in the movement of objects and light through space led him to construct Light Prop for an Electric Stage (Light–Space Modulator). This object is the subject of Ein Lichtspiel: schwarz weiss grau [A Lightplay: Black White Gray], Moholy-Nagy’s only abstract film, which synthesizes his attempts to visualize the act of seeing from multiple viewpoints.”1 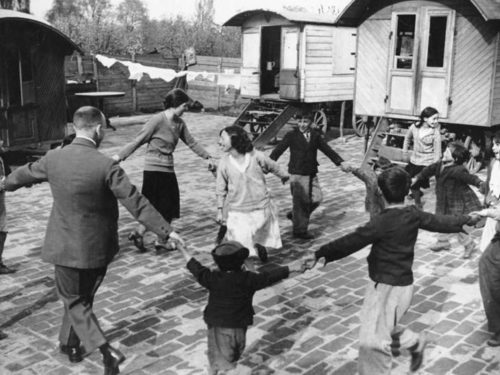 “Grossstad-Zigeuner focuses on the Romani people living in the Berlin districts of Wedding and Marzahn – Moholy-Nagy’s interest in Roma was already visible in his 1929 Marseille film, which contains a brief scene with a horse-drawn wagon and a bear.