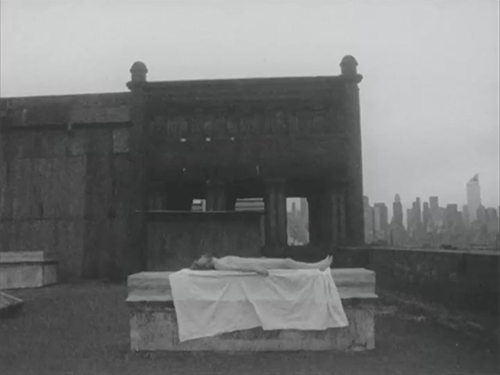 “In Epitaph, landscape has partly taken the place of man. The film can be described as a psychodrama about loss and of the expanding toil of memory. Here a recurring space is strongly reminiscent of the setting of Michael Snow’s structuralist classic Wavelength (1967) – a film that has significantly influenced Söderquist. It constitutes a place for recovery that serves as a foil for the mythical, poetical shards and fragments of memory that are repeated through the film. A man lies naked on a sarcophagus-like concrete foundation, later to be covered by a white piece of cloth; the second part shows a blurred, naked woman looking out towards an area of deforestation. The movie ends with an image of a steppe, creating an anxious framework. Epitaph is, in Söderquist’s own words, a film ‘about people and things heading for annihilation’.” 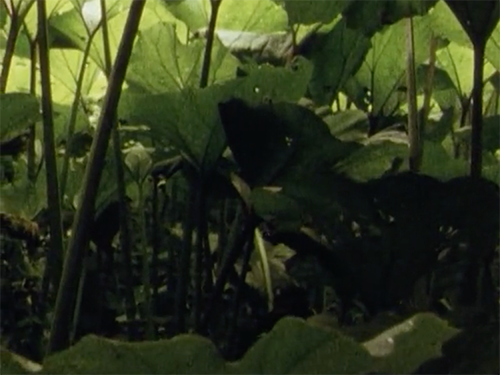 “Landscape is Söderquist’s first minimalistic film. Together with Passages – Portrait of a city (2001) and Labyrinth (2013), it forms a trilogy exploring space by means of the landscape and the city. 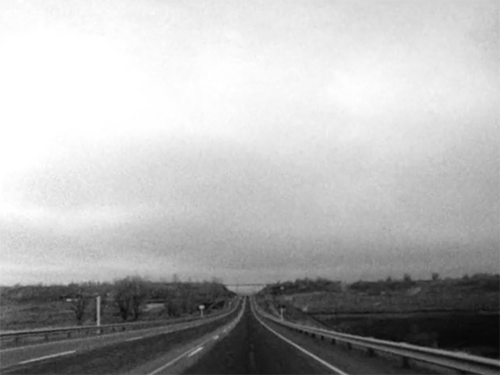 “Travelogue. Portraits – Images from a journey is a black-and-white travel journal, in which the themes of memories and their relationship to the past suddenly catch up and rush away from us.