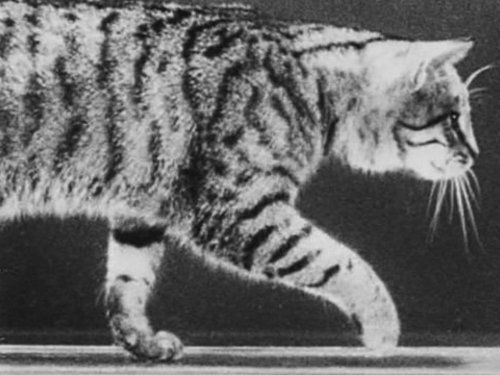 Film ist. could be seen as a philosophical essay on cinema. Each of the twelve chapter titles completes the phrase “Film is...”, and offers an opening; a concise proposition of what cinema could entail. What follows is not an illustration but rather a poetic answer, a visual lexicon: cinema is thus a mirror, is movement and time, etc. The first six chapters mostly comprise of scientific footage, like for example the walk of a toddler, the flight of a peacock, the breaking of glass or other paedagogic film material, as a phenomenology of the medium film. The experimental techniques of scientific film (such as telescopic or microscopic camera work, slow motion, time lapse, solarising, x-ray film…) bring out the poetics and politics of the moving image. The last six chapters have a more artful or art-historical approach: they’re dedicated to music-hall, mime, fun fairs and the studio as origin of cinematography.

“There is only one possible thing that you can say, and that is that film exists. Film is. Full stop. That was what I wanted to say, and all of the possibilities afterwards – the chapters that I made – are just examples of what film can be.”

“Film ist. is a poetic film in itself. Just how the various pieces find their own place and rhythm reminds one of modern poetry or the photo work of the American artist John Baldessari. Pictures which, from their origins, have nothing to do with each other, which don't ‘belong together’, are compared, tied together, fused with each other.”

“I initially read Deutsch's title as an act of predication: ‘Film is...’ followed by a succession of possible, non-exclusive definitions: an instrument; material; magic; conquest etc. However, he pointed out to me the power of the period following the ‘ist’. The title is not an incomplete definition, but a complete reflexive statement: ‘Film is.’ One might see it circularly, following Gertrude Stein: ‘Film is Film is Film is Film’. But ‘Film is.’ is better. Film cannot be defined, because its limitations are those of existence itself. The phrases which follow, I realized, are not intended as even possible definitions, nor even as sub-categories of film's existence. Rather, each articulates a perception, a facet, of film's continuous metamorphosis, its display of the secret life of existence itself. Thus the succession of film's affinities becomes multiple and transitory. No single term can occupy this space for long. Film has a profound affinity with the serial, formally, theoretically and historically. While there may be an end to film history, the theory of film will also be an ongoing story, always ‘to be continued…’”

Gustav Deutsch (1952-2019) was an Austrian all round artist known especially for his filmwork, mostly composed of found-footage archive material. He also executed actionist performances, conducted research, made installations and films, usually together with his life partner Hanna Schimek, with whom he also founded the Aegina Academy project in Athens. He could draw upon what Deutsch called his “image library”, in order not to lose himself in the material, carefully structured in sections and subsections. For Film ist. he and Schimek watched more than three thousand films and excerpts. 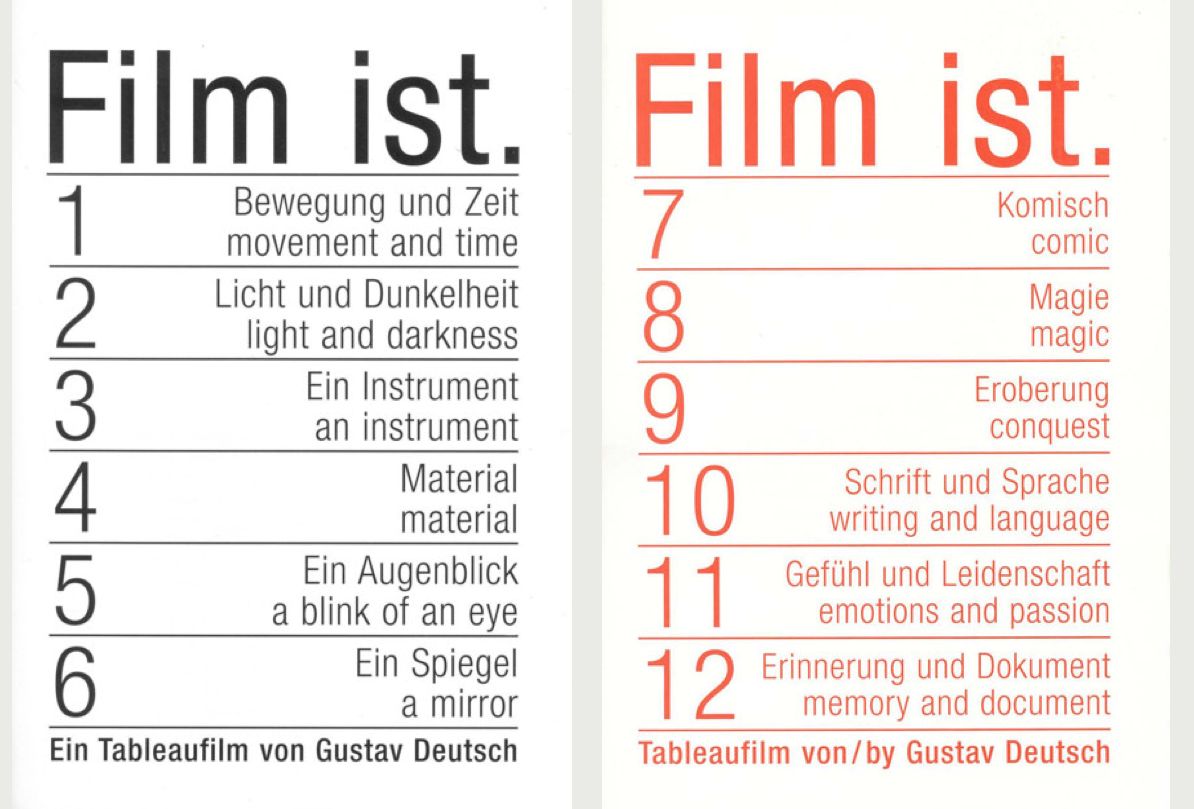 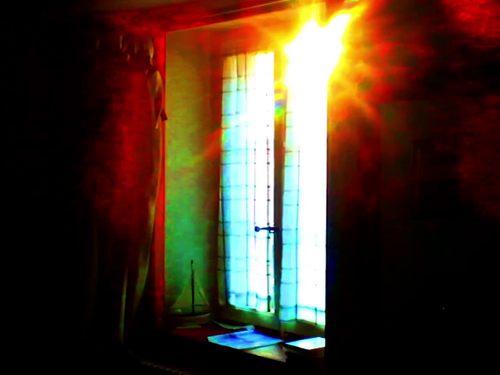 “I only started out in cinema when I was about thirty, and for me, my life or my thoughts have always been lagging behind cinema. Like, if it were a train, cinema would be the locomotive and politics and all that would be the last carriage. It is from For Ever Mozart and mostly Film socialisme onward that it started to be both at the same time. In my personal life as well, how my personal life has joined my cinematographic life.”