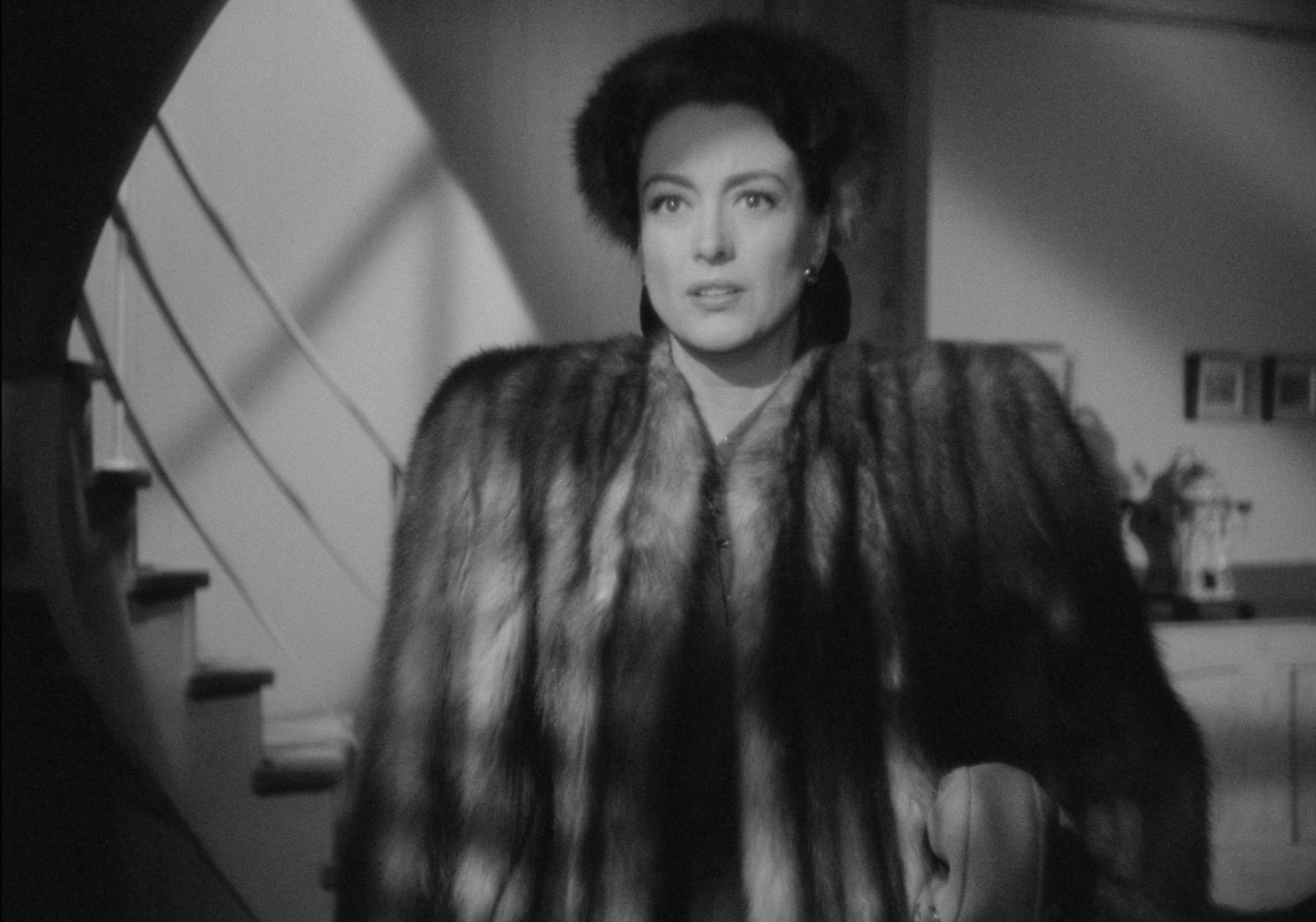 When Mildred Pierce’s wealthy husband leaves her for another woman, Mildred decides to raise her two daughters on her own. Despite Mildred’s financial successes in the restaurant business, her oldest daughter, Veda, resents her mother for degrading their social status. In the midst of a police investigation after the death of her second husband, Mildred must evaluate her own freedom and her complicated relationship with her daughter.

“To the men we have loved! The stinkers.”

“Beneath the sheen of glamour and the throb of melodrama, Mildred Pierce (1945) is an acute, unsparing study of relationships poisoned by class and money. The plot reveals a cruel sting in the tail of the most essential American promise – that hard work, sacrifice, and self-improvement will find their ultimate reward in the next generation’s success. But these caustic insights are embedded in a movie as satisfying as the comfort food Mildred serves in her neon-lit upscale diners: the dialogue crisp and salted with wit, the decadently rich emotion cut by just enough acerbic tartness.”

“In 1945, Joan Crawford appeared as Mildred Pierce in the feverish film noir of the same name, where she played the compelling and electrifying central heroine. This film would go on to influence Sonic Youth’s heavy, angst-ridden ‘Mildred Pierce’ which appeared on Goo and was one of the first tracks they ever wrote as a band. In it, Thurston Moore repeats the name ‘Mildred Pierce’ in his deep East Coast drawl before the song explodes into a chaotic, cymbal-smashing climax, while Moore yowls ‘Why, Mildred Pierce, Why?’ with his voice muffled amongst his own distorted screams.

In the video, Sofia Coppola appears as insane twist on Joan Crawford’s character, whilst she shakily paints her lip black, tries to rearrange her hair and gazes manically into the camera as she stumbles around the streets of Hollywood.”