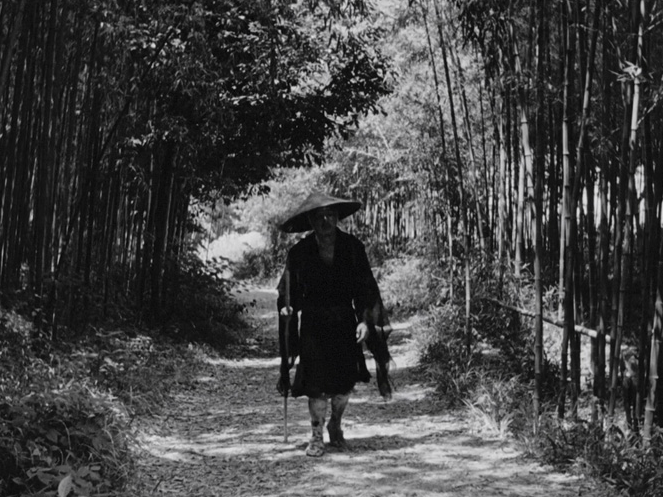 “Rashômon would be my testing ground, the place where I could apply the ideas and wishes growing out of my silent-film research. To provide the symbolic background atmosphere, I decided to use the Akutagawa ‘In a Grove’ story, which goes into the depths of the human heart as if with a surgeon’s scalpel, laying bare its dark com­ plexities and bizarre twists. These strange impulses of the human heart would be expressed through the use of an elaborately fashioned play of light and shadow. In the film, people going astray in the thicket of their hearts would wander into a wider wilderness, so I moved the setting to a large forest. I selected the virgin forest of the mountains surrounding Nara, and the forest belonging to the Komyoji temple outside Kyoto.”

“In an interrogation of ‘history,’ Kurosawa’s Rashômon reappears as a hinge text, a film that embodies the complexity and contradictions that characterize a moment that Foucault would call an epistemological break. This is ironic, of course, because Rashômon was the film that first won Western recognition of Japanese film when it won the grand prize at the Venice Film Festival in 1951. The film then became the object of extensive critical examination, only later to be set aside as a somewhat minor film once it became clear that major films were produced both before and after it. Rashômon came to be seen as a coincidence, the film that the West happened to stumble across out of any number of other, perhaps better, possibilities.”

“It is difficult not to think of Rashômon as a film of history, a film of 1950. Indeed, it is about subjectivity and representation. Remember where Kurosawa’s content comes from: it is taken from two Akutagawa Ryunosuke short stories, ‘Yabu no naka’ (In a Grove) and ‘Rashomon’ (1917 and 1919, respectively). Akutagawa’s ‘Rashomon’ takes place in the twelfth century during wholesale destruction. Rashômon refers to the main gate that marks the entrance to the capital region, Heian-kyo (modern-day Kyoto). The gate is half-destroyed, and under it a discharged servant shelters himself from the pouring rain. Spying a woman cutting the hair off corpses and appalled by this behavior, he admonishes her. The woman explains that she does this only to get by during such exacting times. He strikes her, steals her last possessions, and justifies his actions by using her defense: that he is only getting by during such exacting times. ‘In a Grove’ more closely resembles Kurosawa’s film. A woodcutter, in a police courtyard, describes what he knows about a recent rape and murder. Other characters – the bandit who allegedly committed the crime; a woman who has been raped and her dead husband, whose story is represented by a medium; a traveling priest; a policeman; and an old woman – represent the same event, but differently, from their own perspectives. The story abruptly ends with the last representation, and Akutagawa gives no hint as to how to think about the accounts. Kurosawa not only combines these two stories but adds the character of the commoner, who provokes the priest and woodcutter to tell the story in the first place, and a crucial final scene, in which the woodcutter decides to care for a crying baby found abandoned near the gate.” 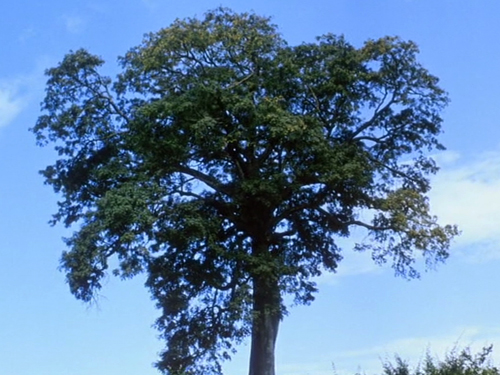 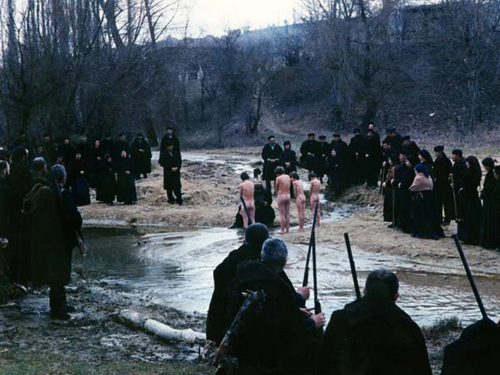