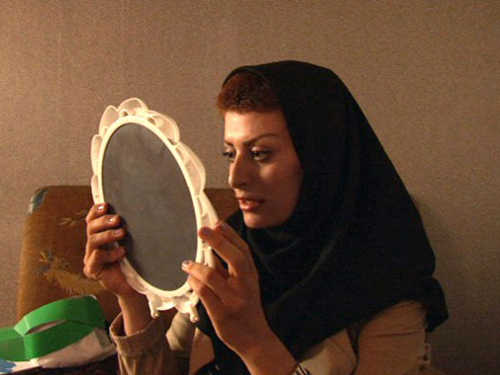 “Azari’s gentle approach to the topic means that instead of forcing responses from her subjects, she often uses silence as a tool to elicit a deeper, thoughtful response. [...] At the most, her questions are broad, ‘where are you going?’ or ‘do you know a poem?’ As they start to answer, growing confidence relaxes them enough to make stronger statements about life in Iran. There is a certain poignancy in these interactions, fleeting as they are; they are moments during which the subjects unhesitatingly entrust the filmmaker with their secrets. Azari treats her subjects with great dignity and the narrative works on several levels. While capturing the political climate is an important element of the film, it is just as much about the subjects themselves as individual characters leading lives of intrinsic significance.”

“Many participants in the film are all too keen to have their photos taken for a European documentary. Their willingness indicates their need to be heard, their need to be recognised as an individual. What is perhaps most poignant in this documentary is the fleeting moments captured before the click of the shutter, where people’s reactions and gestures allow brief insights into themselves as they nervously look at the camera or unabashedly pose. [...]

In a final series of photos, a young couple poses on a bridge that traverses a dry riverbed. They express frustrations about the fraudulent election that touch the audience and make them wonder about Iran’s future. When asked where they are going, the young man replies that they are off to join the demonstrations and to ‘get beaten up’.”