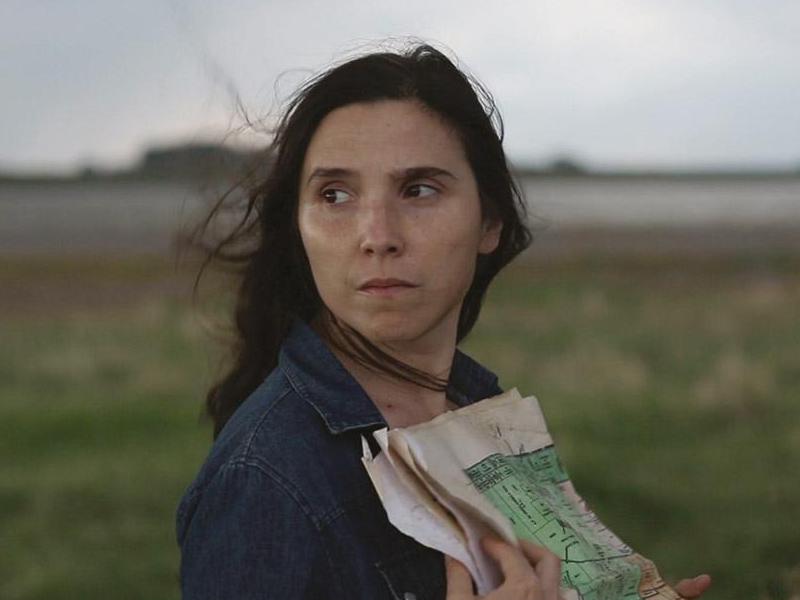 A woman vanishes. Two men take to the road in search of her: they both love her. Why did she leave? Each one of them has his own suspicions, and hides them from the other one who—mysteriously – never truly becomes his rival. Neither is right – but is anyone? This sudden runaway becomes the hidden core of a number of fictions that the film delicately weaves together: the secret of the heart of another woman, lost as well, many years ago; the secret of the life of a village in the countryside, governed by a supernatural incident that nobody seems to perceive; the secret of the plains, which never ceases to spread and devour everything, like the shadows that invade the world after the twilight hour.

“This film is part of a larger idea: a group of films where the same character lives different lives in different towns in the province of Buenos Aires. The first film of the saga is called Ostende (2011) and it’s my first film as a director. The character – Laura – is always performed by Laura Paredes. And the director, myself, also Laura. Perhaps too many Lauras. But what crosses the whole saga is a central idea: a female Sherlock Holmes of sorts lost in towns, keener for adventures than anything else. A film composed by different kinds of women. Women who chase women. Female detectives. Female scientists. Women who, for different reasons, run away. The cartographies of books as maps to live. Maternity. The conquest of territory. Men in love. The nobility of some men. The idiocy of the same men. The bureaucracy and the flowers. The town. The humans. The animals. The plants. The unknown.”

“Citarella expertly drops audiences into “Trenque Lauquan” in such a way that Laura is able to keep something to herself as everyone around her holds a different idea of her in their head, and the film itself uses the fact it’s broken into two parts to explore surface-level intrigue before digging underneath, with its second part less literal-minded than the first when Laura’s investigation comes to involve a strange occurrence at the town lake, thought to be an apparition by some and a political charade by others. What truth the director is able to make tactile is how Laura strives for her own small slice of immortality that the world might take notice of while content to do so under the radar, unbothered by assumptions made about her abilities or her interests. An open mind, however, can also close off certain areas where she lives, finding others a little more prudish or unadventurous than she is and in outlining Laura’s ambition so well when what she wants can be so abstract, Citarella shows her own, weaving in and out of various perspectives with individual chapters and employing deft musical choices, ranging from the “Suspicious Minds” ringtone on Laura’s phone to the jaunty classical music that scores any time her mind starts to race, to express what characters may not be able to articulate for themselves but bring out the multitudes within. In the end, it’s only fitting that the director pushes the form to its limits to capture the totality of the human experience.”