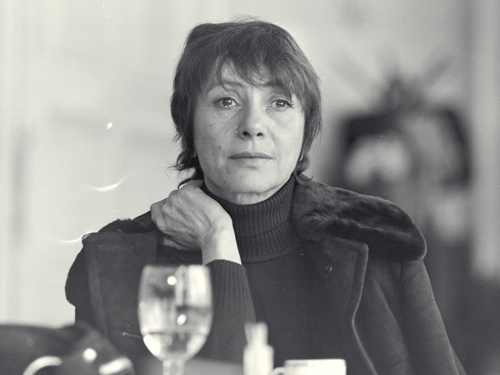 Kata, a 43-year-old factory worker, longs to have a child of her own. Following her instinct to cultivate a maternal bond, she befriends Anna, a teenager in the care of the state, and slowly builds a meaningful relationship, which subtly challenges traditional familial structures.

“Adoption, then, is an affective film much more than it is a narrative one. None of the characters is loquacious; we don’t really know what they are thinking, most of the time. But we get a powerful sense of how they feel and think, nonetheless, because so much of the film is shot in close-up. The register of the face - and sometimes other parts of the body - is our main anchoring point.” (...) The moving close-up is also a way of expressing intimacy; Meszaros is not just concerned with the affects within the individual, but also, and perhaps above all, with the flow of affect between individuals. Adoption is a film about transpersonal affect. It narrates, not so much a single plot, as the multiple, and subtle, shifts of affection, attention, and concern between Kata and Anna — and to a lesser extent between these two women and their men. You could call it a balance of passion, in contrast to the more commonly discerned balance of power in intimate and social relationships. Part of the uniqueness of Meszaros’ approach here is precisely that she makes us think and feel in terms of passion rather than power.”

“Adoption’s intimate reflections on engendered power relations and shifting familial structures have remained timeless topics, and the lack of moralistic judgment throughout the narrative offers a refreshing view into the complex lives of women. Gorgeously shot in black and white, with the digital grading overseen by the original director of photography, Lajos Koltai, Mészáros’ profound feature examines the strain of isolation and the complexities of social emancipation through the viewpoint of a quietly powerful woman.”