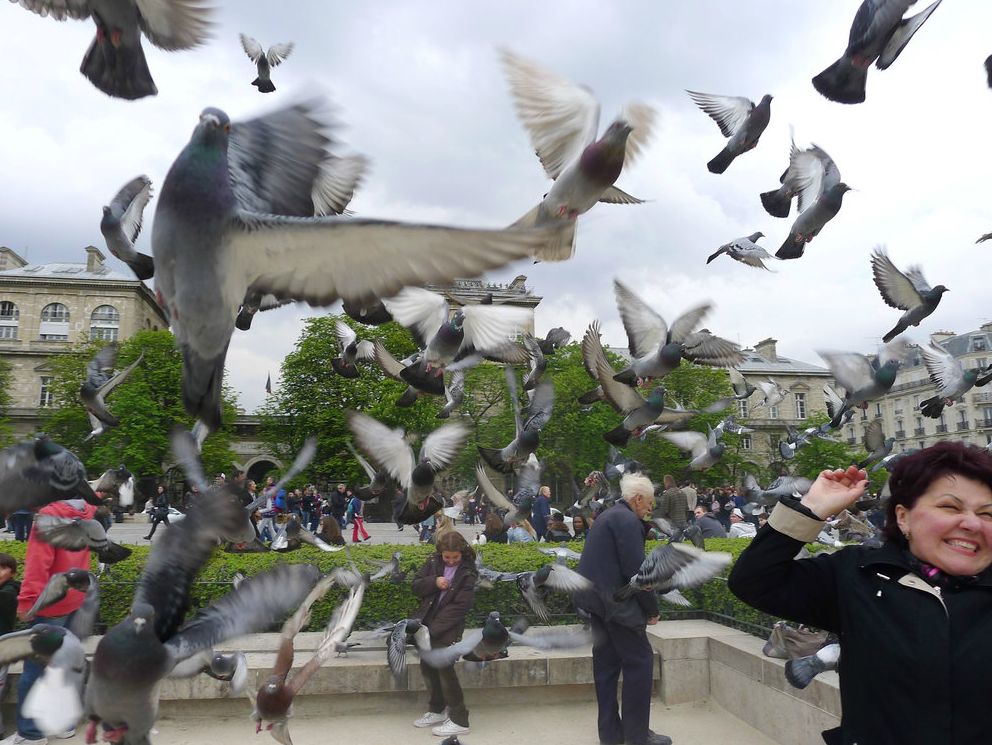 “Ria Pacquée is a keen observer of public life. In As Long as I See Birds Flying I Know I Am Alive she collects recordings made in Paris, Kathmandu, Athens, Istanbul, Bruges, New York, Varanasi and Antwerp. By juxtaposing images of the sacred with those of a very wordly nature she undercuts the anthropological, scientific potential of her material – a disorienting strategy often used by Pacquée. Two recurring elements, clouds of drifting smoke and prowling birds, evoke a dreamlike and looming atmosphere which makes even the most common gesture appear like being part of an age-old ritual.”