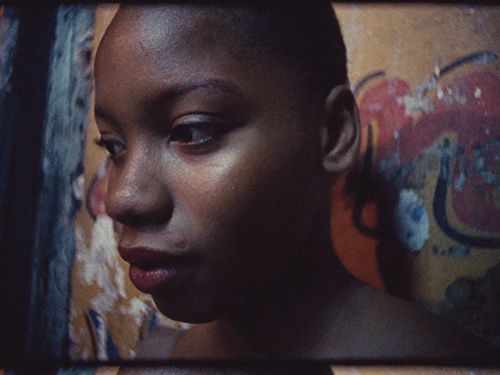 “I’m depicting the undepicted. I'm taking what I did in Field Niggas, and multiplying that times ten. My artistic vision is to weave a wild tapestry of intimate words, sounds, and obscure portraiture into a cohesive energy that will penetrate the heart. During ‘triangular-trade’ only the ‘wildest’ Africans were thrown off onto Jamaica because their captors feared they would be the most rebellious and unbreakable slaves. This is part of the reason why Jamaica is so strong and so wild, and why such a tiny island has had such a huge impact on the world. This isn’t going to be a music documentary, a ‘talking-head’ documentary, or a religious documentary. In the end it will be a spiritual diamond crystal of a film. I’m using film as a prism to depict the island’s inner light(spirit) through.”

“Black Mother, the new documentary feature from Khalik Allah, is a portrait of a country’s dichotomies. Traveling back to his mother’s Caribbean homeland of Jamaica, the New York–based filmmaker/photographer hones the alluring, hypnotic hypersensory aesthetic brought to light with his 2015 documentary Field Niggas. As Allah grapples with the immense self-inflicted task of mapping out national experience, the polyphonic matrix of visuals and soundscapes shifts between pristine black-and-white to VHS home video, Super 8, and vibrant HD, echoing the multitudes of the country it’s attempting to survey. Whereas Field Niggas brought gonzo street journalism to an infamous corner in Harlem, Black Mother is a lyrical mediation of his rich maternal culture through glorious portraiture. The movie takes its structure from the three trimesters of a pregnancy: the first part assembles the outlines of the island’s colonial history; the second hints at the beauty and tribulations of womanhood; and the final features prayer and baptism as part of a pellucid ode to mortality. The film’s textured neo-spiritual attempt to explore the complex histories of the small island nation – religion, gender dynamics, music, landscapes – stamps Allah as a singular voice in contemporary documentary.”

“A well-known photographer of street culture, Khalik Allah immerses himself in the voices and faces of Jamaica. Be it the daily life of Kingston’s prostitutes or the country’s relationship with colonial history and revivalist cults, this polyphonic rhapsody disconnects image and sound, which both enrich each other without the singularity of souls ever hardening into a sociological catalogue. At one moment, people hold up to the camera books as important as Chancellor Williams’ The Destruction of Black Civilization, but this fleeting theoretical hiatus is immediately swept away in a flow of litanies, songs, prayers or a list of the fruit and vegetables that abound in Jamaica. Fragments of life and history are often mingled with the desire of the inhabitants he meets to give a characteristic image of their island (‘a blessed place, with water, springs!’) and its historical and physical resilience (the ‘strength’ of the black mother). The mounting frenzy of the editing falls into step with a people whose spiritual aspirations are constantly changing. Incidentally, the film could not offer a more timely response to the recent xenophobic remark of President Trump, who described the African and Caribbean states as ‘shithole countries’.”