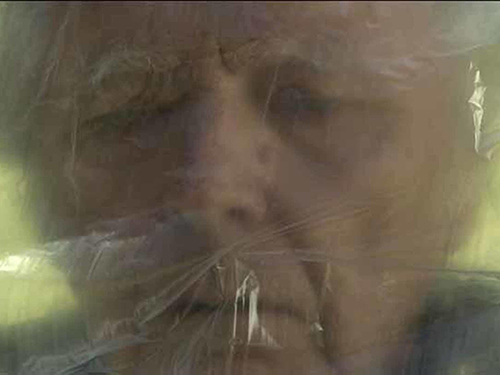 “In making this film I sought to address a topic appropriate for someone my age – death, and its social impact. I wished to discard as much conventional narrative tissue, as well as the usual cinematic language normally used, and to go as directly as possible to the emotional core of the matter. While not evident on the surface, the film is intended as a portrait of a larger family – that of America. I gathered my actors, all of whom had worked with me before, and filmmaker James Benning who plays the father, in Butte Montana, where the work was written through improvising, until we arrived at a clear line, and I had experimented with the visual presentation sufficiently to decide what the aesthetics of the film would be. We took about 3 weeks to make the film. Quote from Chris Fujiwara, director of Edinburgh Festival on inviting film to participate (I had to reject this invitation.): ‘It’s a remarkable film, with images and transitions of great beauty and intensity. I value in it most the fact that it is a digital film, not a “film” that happened to be shot and edited digitally. You do great things with digital that could not be done on film. Above all, you show how digital makes possible a distinctive shaping of time, in a mode that is neither “virtual” nor “real,” but which has to do, I would say, with an immediate perception of time becoming an image.’”

“Coming to Terms: a title that could apply to all of Jon Jost’s films. The symmetry of life stories revolving around one axis might be the condition for coming to terms with the chaos of life. Only film (‘seul le cinéma’) could imbue us with such a feeling. Starting with the very first, each shot is a surprise. Space and time: each has an energy of its own. As if a whole world would crowd into these images, beautifully framed but above all monumental. When looking at those Montana houses, American documentary photography, from Walker Evans to Lewis Baltz, comes to mind. But Jon Jost’s film is an epic and not a documentary. An epic is created by very simple factors. We watch slow changes in a face, in the landscape, in the light. Then it is an epic because it tells about secrets and lies, about family ties. To each his own – past, demons, revelations. Nature, empty spaces, could turn into scenes of crime or violence at any moment (as indeed they have in other films by Jost). Everything, too, could turn out differently than expected, except the houses and the sounds and the mountains tell you that it couldn’t. It’s a matter of perception. Of suspense in perception. Produced by movement and sound, by the off space, by things unsaid or unseen. How to account for the real? How to show that reality could have been different? What I’m seeing, did I actually see it? The perplexed spectator has to wonder: what does he see, what is the status of reality in these images. What I see, is it real? What do I see? Why is it so? He (that spectator) is lead to question reality itself. With his invisible dissolves, is Jon Jost (Home is the hunter, home from the hill) exorcising America’s daymares or his own? If the question weren’t worth asking, there would be no movie.” 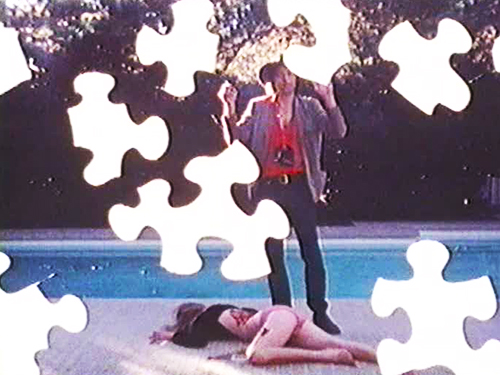 “Jost’s outsider is Frank Goya, a guy with a red shirt, a far-fucking-out-in-the-morning-man delivery, and a fist full of Polaroid snapshots. Ever-cool Goya peers into the camera, announces that he’s a motel-haunting divorce-dick and from then on Angel City is kabuki Raymond Chandler.