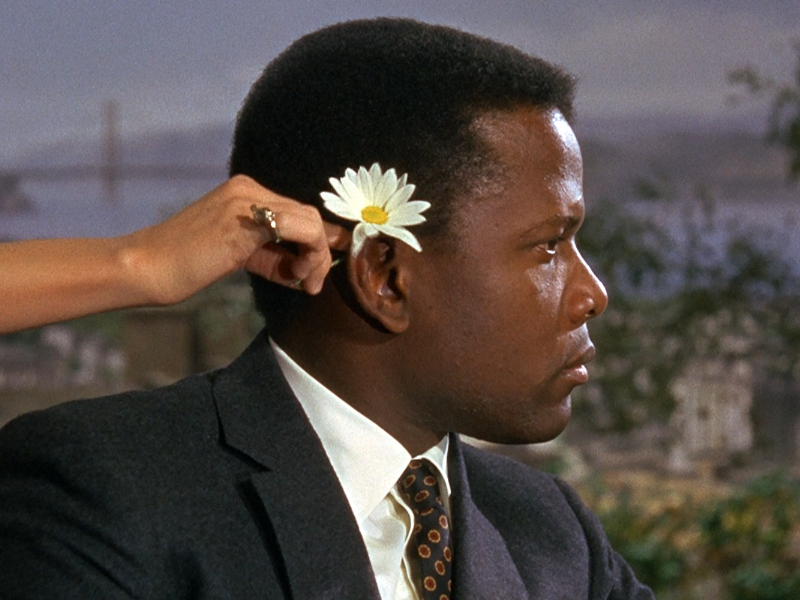 A couple's attitudes are challenged when their daughter introduces them to her African-American fiancé.

“Sidney is the smoldering flame that you don't think will catch fire and burn down the house. He has a capacity for explosion that is incredible. It takes possession of him.”

“Caught between Old Hollywood and New, segregation and integration, gradualism and revolution, Poitier had to juggle the expectations of a white film industry that did not know what to do with his talent while gaining the trust of an audience fed up with the dishonest portrayals of Black life. Moreover, his rise was attended by the civil rights movement, layering another meaning and expectation to his presence (Although Poitier donated to various civil rights causes, he did not wade too deeply into leftist activism like Belafonte or their mentor, Paul Robeson). And as the Black Power movement gained more popularity, Poitier's screen image became an easy target to deride.

By 1967, a watershed year in Poitier's career, the complaints began to take a sour tenor. Just as he released three films that made him the biggest box-office star in the US – To Sir with Love, In the Heat of the Night and Guess Who's Coming to Dinner – he was accused of being retrograde, an Uncle Tom, a racial fantasy of Black passivity that placated white liberal audiences. The backlash wounded Poitier. Privately, he had been fed up with the types of roles he'd been given. He knew he didn't have as much leeway as Paul Newman or Marlon Brando. But he tried to inject every role he chose with some sense of aliveness, what Baldwin describes as ‘smuggling in reality.’

In the face of changing attitudes, Poitier began to retreat. He turned to directing and producing, adamant that Hollywood can only progress if the people behind the scenes change too. And he continued to mentor a new crop of actors coming up in the 1980s and '90s. Blair Underwood recounts one particular dinner he had with Poitier in 1994, where he was agonizing over whether to accept a villain role. Poitier encouraged him to do it. ‘I didn't have the luxury when I was coming along. I did that so you didn't have to. So you play that role and you play it well.’ Poitier made so much possible but his career also provides important reminders about the fickleness of Hollywood. Though the cinematic landscape has vastly improved — there is a direct link from Poitier to the success of actors and directors like Denzel Washington (who was recently nominated for his portrayal of the classic antihero Macbeth), Halle Berry, Jordan Peele and Issa Rae — the work is not done. Still, one cannot ignore Poitier's impact. Price sums it up well: ‘He revolutionized the film business.’”