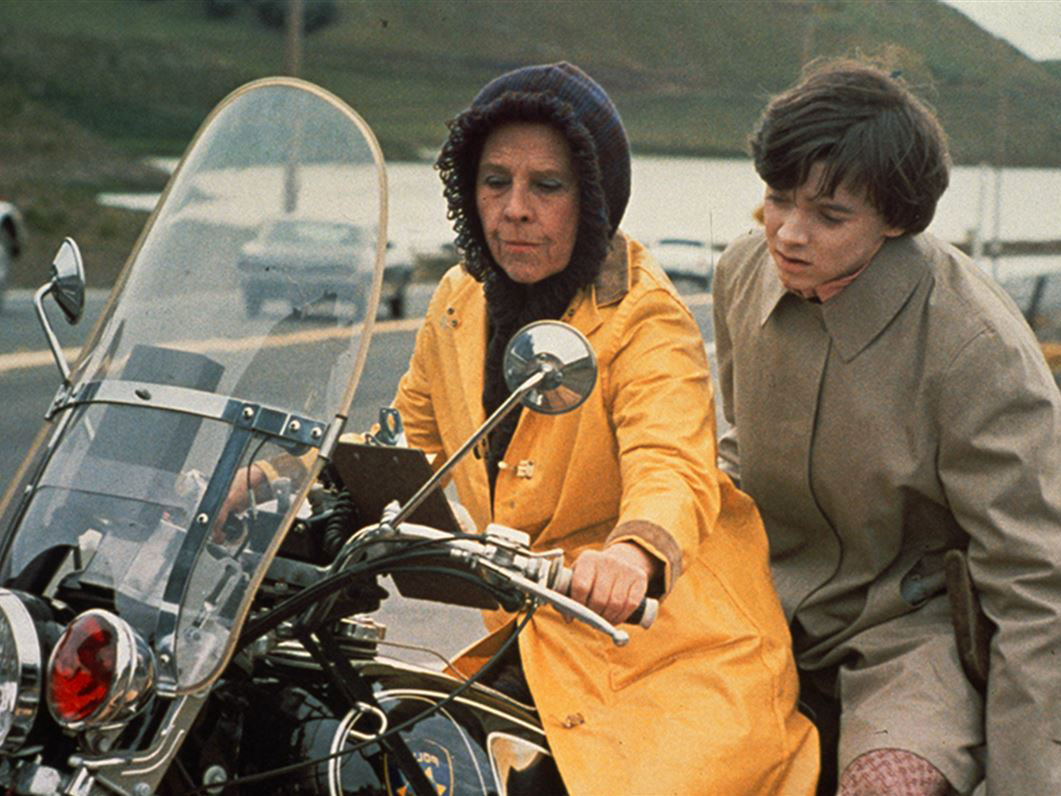 Harold is a social misfit in his early twenties and obsessed with death. When he meets Maude, an eccentric septuagenarian widow who thinks life should be lived to the fullest, his views are shaken and his desire to die fades. Their friendship develops into an unlikely romance, breaking down taboos and transcending the suppressive morality of their environment.

“The movie contains no equivalent of the materialist gargoyles who harass Ben in the opening party sequence of The Graduate or of the hateful rednecks who slaughter the heroes of Easy Rider. There’s no Us versus Them dynamic in Higgins’s script or Ashby’s direction, just a crazy quilt of experience. That every major character save Harold and Maude seems content to exist within a little subjective square, butting up against others’ without merging, makes the film more sneakily radical than others in a countercultural vein. It isn’t a political statement but a humanist one. It establishes that generational and class and gender divisions are real, but it finds them curious rather than menacing. It treats each character, including the authority figures who oppose the title couple, as an eccentric who has no idea how weird and special he or she is.”

“Ashby's direction of Harold and Maude is perfectly calibrated to bring out the already pointed satire of Colin Higgins's screenplay. The film's satire is directed both at social institutions-the Church, the military, and psychiatry-and at the upper-middle-class values represented by Harold's smugly self-involved mother”