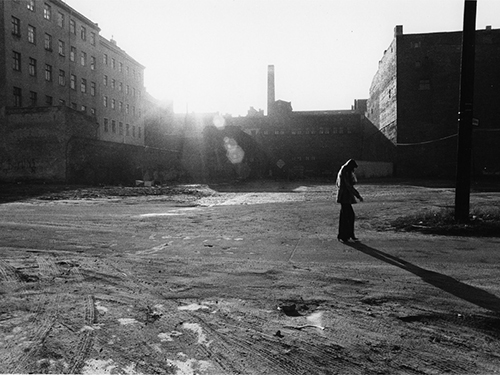 “Two years have passed since my first trip to Berlin. This month of October shows me the picture of my loneliness. I can still hear the sound of my footsteps on the Landwehrkanal, their crunching, and then the silence, the silence of a city. These empty roads, whose desolation confuses me; a moment of love imprinted on my memory.”

“With this film I try to retrace my journey, my story through the ruins, neighbourhoods, and streets of Berlin. I filmed the dialogue that took place between the city and myself, the wanderings in the old neighbourhoods (Moabit, Kreuzberg, Wedding), places where you can still find most of the traces of the past, or rather what’s left of them.”

“The feeling of finding oneself back in Berlin, a year later, to end a story. Searching for a past that no longer exists; an emotion in this city, which, the longer I walk around, increasingly resembles others, a city like any other … Bahnhof Zoo, to come back here, take the train to Paris, and start all over.”

“The dark passages of European history are always throbbing in Leroy’s work, starting with her first feature-length film, In der Dämmerstunde Berlin de l’aube à la nuit (1980), in which a solitary wandering through the old neighborhoods of the city of Berlin evokes a past of destruction and loss. Faceless ruins and deserted streets are the silent witnesses of a tragedy that has left a deep woundedness, one that finds resonance in fragments borrowed from the work of writers such as Gottfried Benn, Else Lasker-Schüler, Witold Gombrowicz and Peter Handke.”

The Belgian producer Anne Deligne, cofounder of the production house Cobra Films, has passed away. 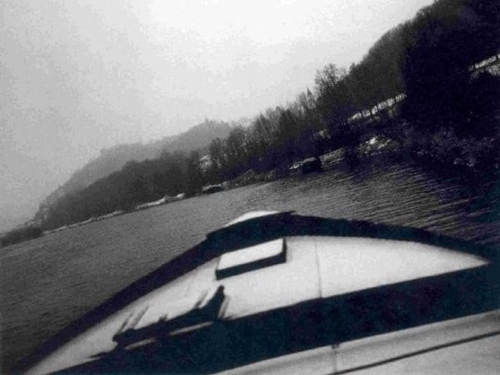