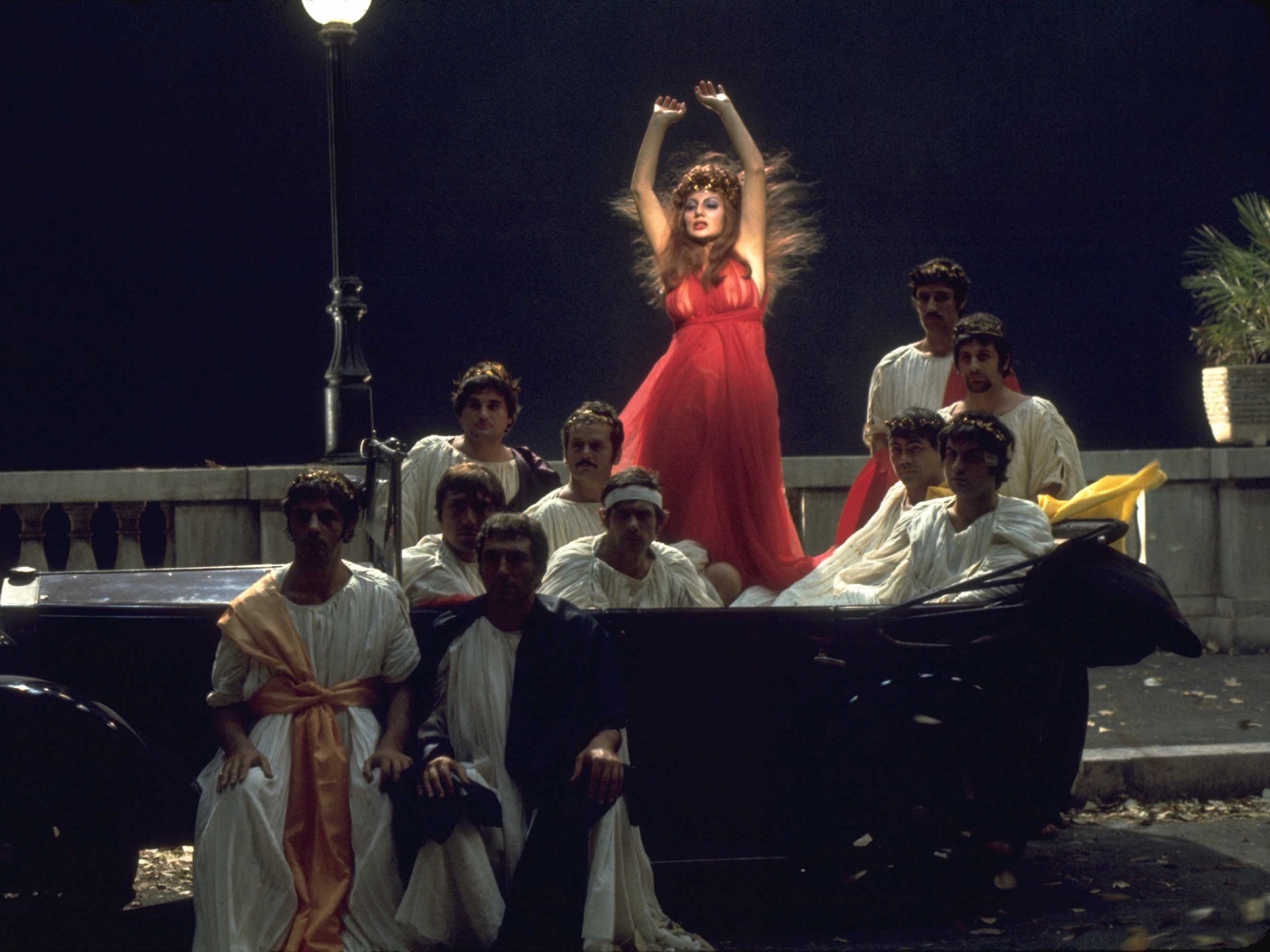 This urban fantasia interweaves recollections of the director’s young adulthood in the era of Mussolini with an impressionistic portrait of contemporary Rome, where he and his film crew are gathering footage of the bustling cityscape.

“Ladies and Gentlemen, good evening. The film you are about to see does not have a story in the traditional sense with a plot and characters that you can follow from the beginning to the end. This picture tells another kind of story. A story of a city.”

“In Roma, I wanted to get across the idea that underneath Rome today is ancient Rome. So close. I am always conscious of that, and it thrills me. Imagine being in a traffic jam at the Colosseum! Rome is the most wonderful movie set in the world.”

“Fellini's Roman trilogy – La dolce vita, Fellini Satyricon, and Roma – makes a unique contribution to the history of Roman mythology, one of Western culture's most important and persistent concentrations of images, ideas, and myths. In each of these films, but especially in Roma, where he consciously sets out to elevate imagery and imagination over plot, Fellini uses the backdrop of ancient and modern Rome to demonstrate that for him, mythmaking and image-making are universal human activities and that an artist's exhilaration in the act of creativity is the ultimate human freedom.”