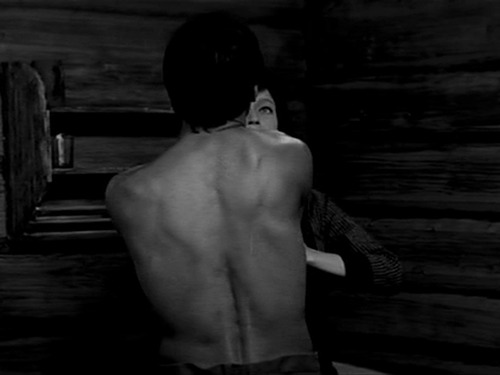 “I tend to choose my themes to fit my style and to explain why I work in this highly stylised manner, let me say that I go to the cinema quite a lot and I find it ridiculous to see films with a historical subject treating that subject in a realistic style, because everyone knows that the film is made at the present day and it’s dealing with an era we know very little about.

For example, in the Italian television series made about Marco Polo, it’s ridiculous to imagine that Marco Polo could have met the Chinese emperor in the circumstances shown in the film. Those films that present a historical subject in a purely realistic way either consider the viewers to be little more than children, and so they make a nice colourful picture book for them, or they tell the story as if it was a history book for elementary schools. It’s not just ridiculous, it’s also bad faith, because they don’t consider the viewer to be an equal partner.

Another kind of ‘historical’ film is the kind where the film-maker really wants to force his own ideas on the viewer, but he dresses the film up in a realistic costume in order to make it look objective rather than subjective. This too is bad faith and lying because it misleads the viewer. I don’t want to lie to the viewers in my films, and so I choose a style that makes it clear to them that I am only telling them what I think, it’s my own personal viewpoint, and they shouldn’t for a moment believe that this an accurate reproduction of actual events in the past.”

“Jancsó radicalised this technique in two ways. First, he made the sequences longer. In his films made after 1965 we can rarely find shots shorter than one minute, and they most often run five to eight minutes in length, and sometimes are even ten minutes long. Second, the narrative stages merged together in one shot represent not small dramatic changes of a single scene, but entire event sequences eventually embracing a lengthy time span. This had several consequences. First, camera motion became more predominant. Since there are no long dialogues in Jancsó’s films, there is no reason why the camera should remain stationary, showing the same characters. Second, camera motion and character motion became choreographed so that the individual compositions represent different events of an event sequence. Third, the movements of the characters became increasingly symbolic, as did the characters themselves and the props too, and became similar to a ritual dance. In fact dance appears in Jancsó’s work in 1968 and remains an important element of the character movements until the end of the 1970s. Fourth, the camera motion became somewhat independent from the characters’ movements as the different events are linked together by camera movements. Whenever another event follows, the camera turns away from the previous scene, or the characters walk out of the frame and others come in while the camera moves to another segment of the space. In these instances the camera sometimes does not follow any character; it makes a ‘connecting’ movement.” 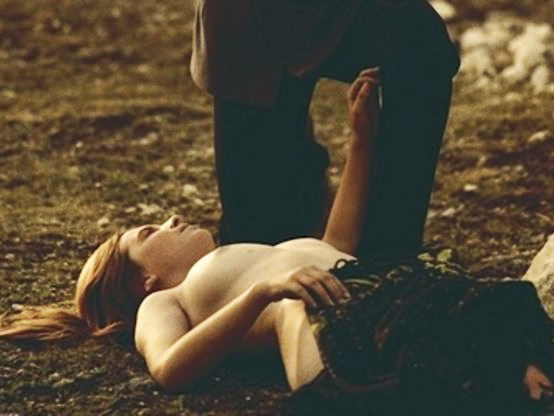 Égi bárány, or Agnus Dei, deals with the period in Hungary's history immediately following the overthrow of the Bela Kun Commune in 1919.