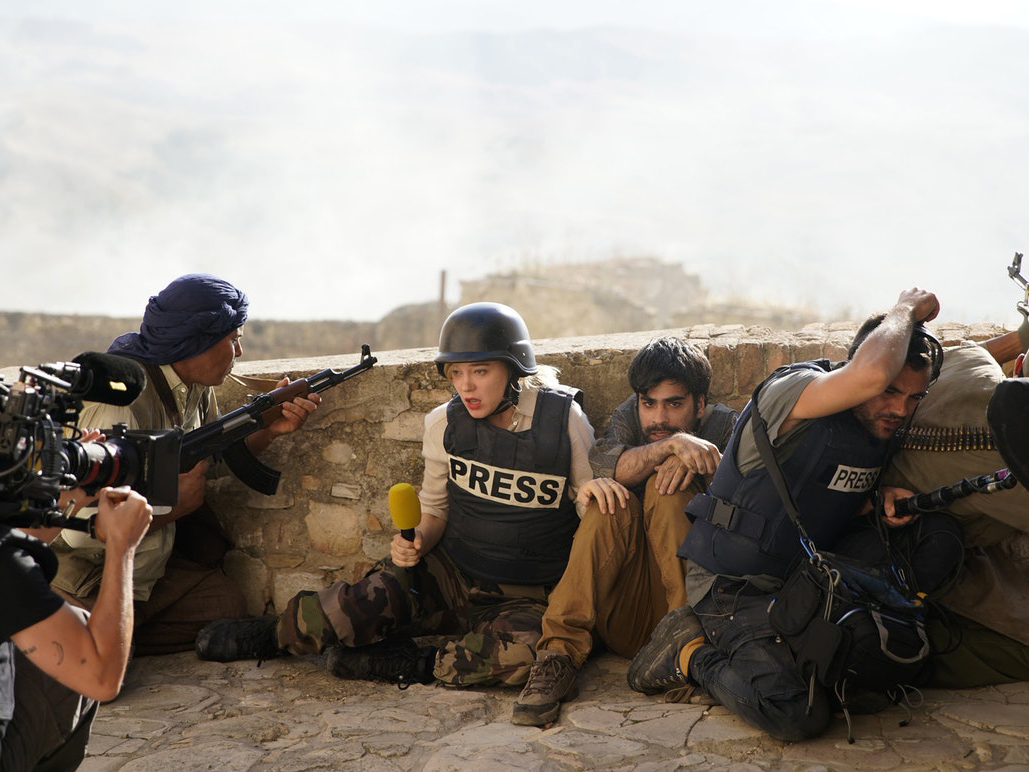 A celebrity journalist, juggling her busy career and personal life, has her life over-turned by a freak car accident.

“Critics have long been used to saying ’expect the unexpected’ when it comes to the latest – more or less annual – creation of mercurial French auteur Bruno Dumont. But even after bizarre shifts into broad comedy with P’tit Quiquin and his recent musical dramas about Joan of Arc, Cannes competition title France represents a really startling shift into new territory – not least because this work by French cinema’s most hardcore adept of visual austerity proves to be flamboyantly lavish visually, and dramatically pitched on an epic scale. That said, this satire about media, emotional alienation and – need it be said? – the state of the nation makes its point quickly and forcefully before going on to make it again and again, with different modulations, for over two hours.”

“Unlike other auteurs, Dumont has never proved that he knows how to do it “right,” which makes the uneven and ambiguous choices in France all the more maddening: Is he deliberately subverting expectations or just too clumsy to deliver the tone he’s going for? The entire project is set to the music of beloved French composer Christophe, whose signature melancholy vibe adds yet another weird counterpoint to all the competing layers of interpretation. For those willing to take the film seriously, there’s a lot here to unpack.”

“What could be mistaken for shoddy craftsmanship is later revealed to be very much intentional. Whenever characters are in a car, for example, the view outside of the windows is so poorly simulated that it screams for attention. In one scene France and her assistant Lou (Blanche Gardin) are driving past the Eiffel Tower and the image just cuts to an apartment building; in another France gets out of her car and doesn’t so much as pretend to open a door.

Such Brechtian moments of glaring artificiality serve to contrast the film with the object of its critique: the media, symbolised in toto by televised news. France owes her fame and obscene wealth to sensational reports of current events. We see her interviewing Tuareg fighters in North Africa, carefully directing her cameraman while she dictates their answers and asks them to shake their Kalashnikovs in the air. When she hosts political debates on her show the participants scream and abuse each other, only to then exchange pleasantries once the cameras are off. All of mediated reality is staged – significantly, ‘staging’ in French is called mise en scène – and neither France nor anyone else questions this state of affairs. France isn’t evil, she’s wholly unconcerned.

Dumont’s cinema, like that of Pier Paolo Pasolini, is preoccupied with a form of spirituality that isn’t religious but is codified in Christian iconography. It’s this quality that allows his characters the possibility of redemption even when they commit atrocious crimes. The French society that he depicts here is one in which empathy is manufactured to attract viewers, sins (i.e. public scandals) are absolved within the 24 hours of the news cycle and values have been denuded of meaning. “The worst situation is the best!” Lou enthuses to France after a disgraceful on-air gaffe. The only trace left of any sort of belief is represented by a giant Gilbert & George artwork, a faux stained glass window that hangs in France’s opulent and tasteless apartment. After establishing this panorama, the film asks what it would mean to have a spiritual crisis in a world devoid of spirituality.”