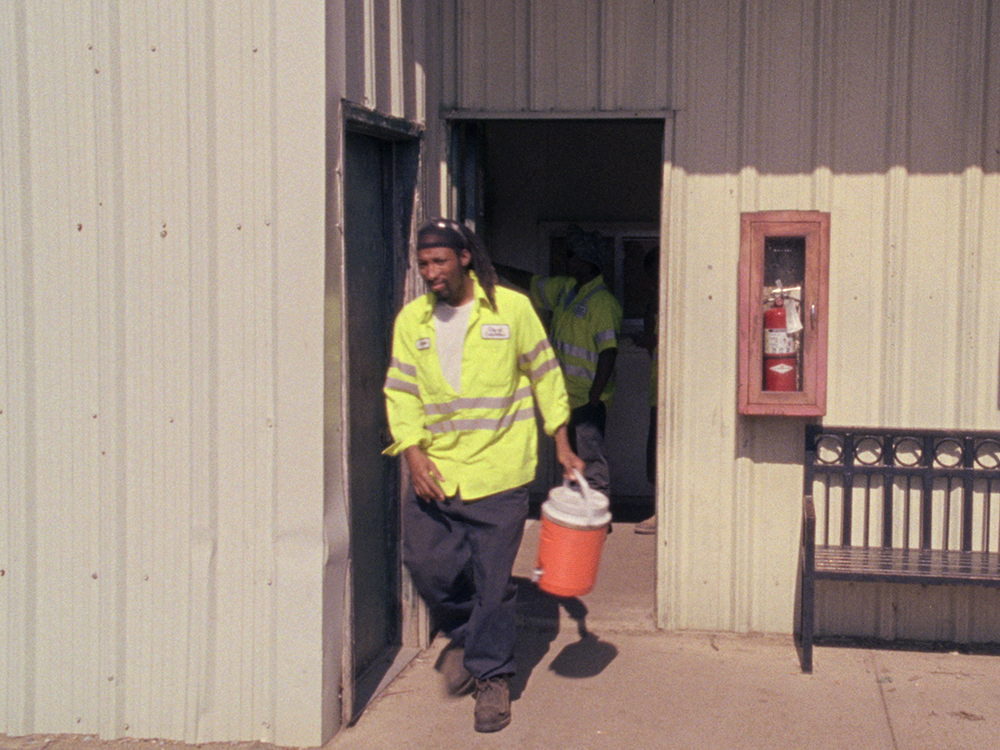 Another take, another era, another factory, shot in Mississippi in summer 2012, this film is a riff on the Lumière Brothers classic 1895 film.

Jordan Cronk: By and large, then, what do you want a typical viewer, of any race, to get out of your work? A glimpse into these lives or lifestyles?

Kevin Jerome Everson: Not really, because they’re not really lives. They’re re-representations. The goal is to have certain formal qualities come out. But there’s a social, political, and economic condition that’s present. And that’s part of the materiality, so people will get that. But I’m always outnumbered. It’s always just me, if the audience is six or six hundred. I don’t ever know what they’re going to think. But if I’m comfortable with my own relationship with the material and upfront with the subject matter − and even if I’m not − the goal is to be consistent. At least I hope so. And if not, fuck it, I’ll shoot something else next week!1 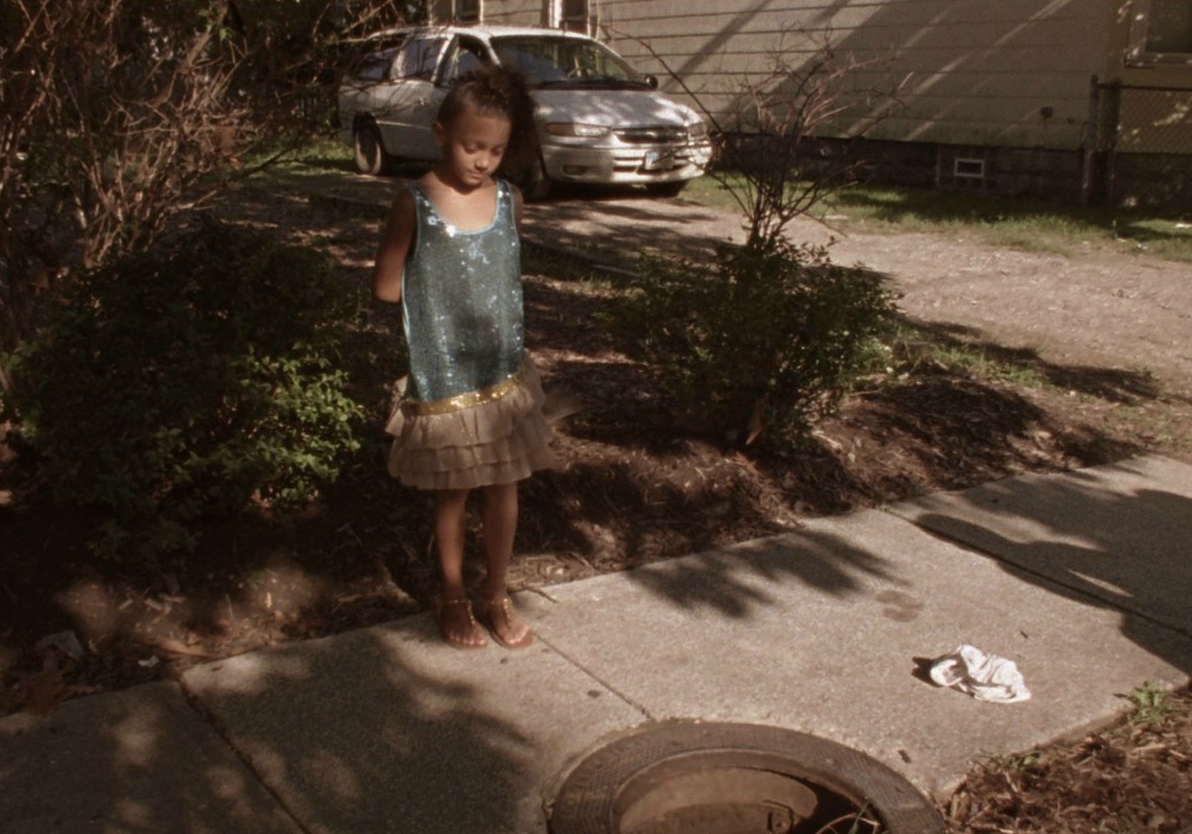 “The subject matter is the gestures or tasks caused by certain conditions in the lives of working class African Americans and other people of African descent. The conditions are usually physical, social-economic circumstances or weather. Instead of standard realism I favor a strategy that abstracts everyday actions and statements into theatrical gestures, in which archival footage is re-edited or re-staged, real people perform fictional scenarios based on their own lives and historical observations intermesh with contemporary narratives. The films present oblique metaphors for art-making.”

Jordan Cronk: You’ve mentioned that you like to use reality as a formal device, and also how in Fe26 you utilized props and things to heighten that reality. Can you talk about the fictional elements in your work?

Kevin Jerome Everson: For fiction, it’s easier to control – I have a direction I know the film should go in. But I’ve got films like Stone (2013), where I just showed up and cats were doing what they’re doing. But if I’m going to drive from Virginia to Ohio, then I’m thinking over those eight hours about what the film needs and how I can implement a kind of palette – that’s how films are made. In fact, in Fe26 you can barely see those props. It doesn’t make a difference. It’s like improvising with a blank canvas. I’m trying to fill it up.2 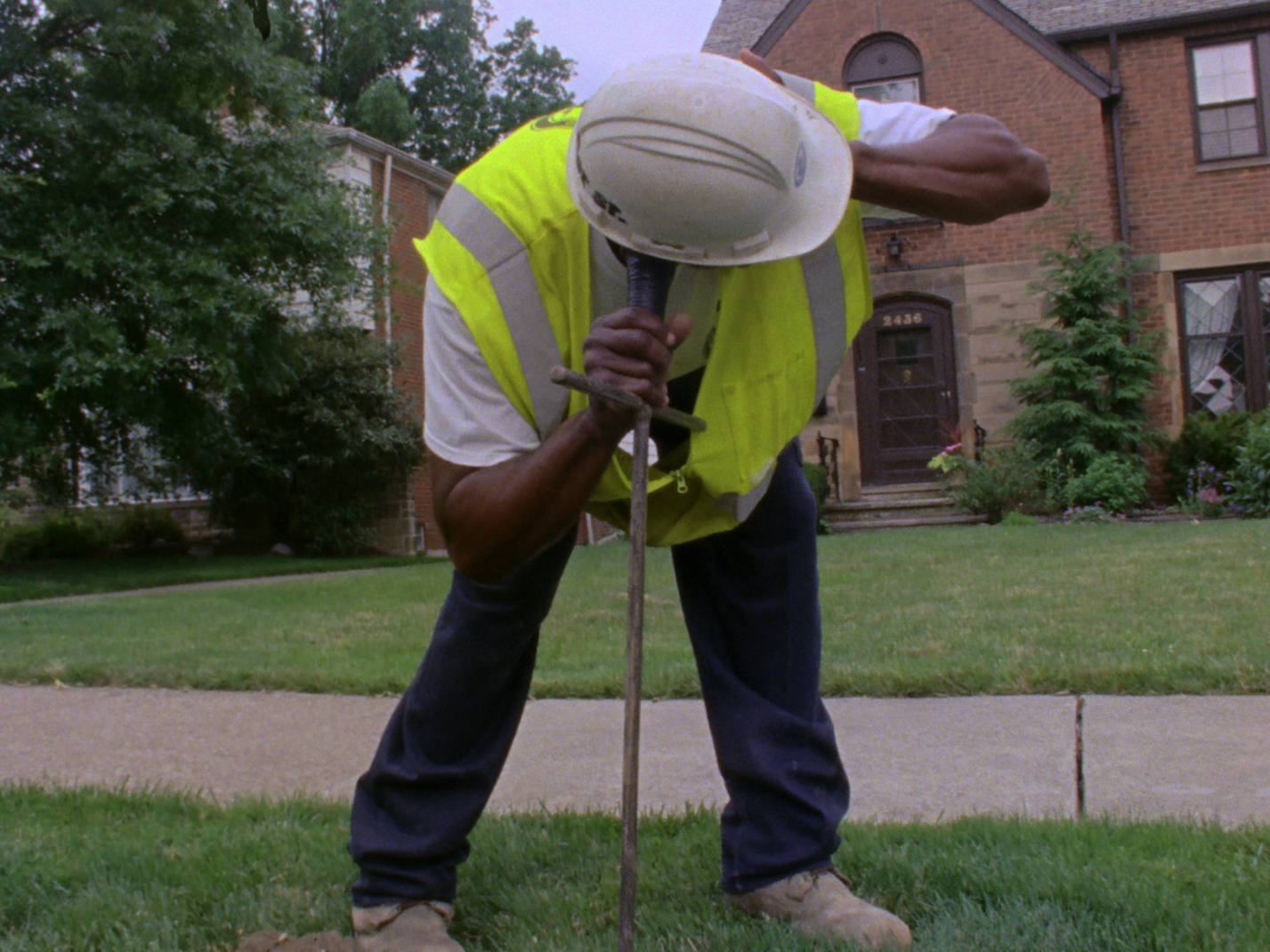 A 16mm short film, shot in the summer of 2013, following employees of the Cleveland Water Department on the hunt for what lies beneath, as they investigate for leaks in the infrastructure in Cuyahoga County, Ohio.

Jarrett Gregory: Can we talk about Sound That (2014), with the men working on the manhole? When I was watching it, it struck me that you’re able to take something that is typically in the periphery, that is never the arc of a story, and by filming this you bring the sidelines into the center. It’s a simple gesture in a way, but the outcome is powerful. Their challenges become ours, as viewers. By giving these workers your attention, they have an entirely different presence than they normally have when, for example, one sees people working by the side of the road.

Kevin Jerome Everson: I like to make the invisible visible. People take it for granted that things get done. But there’s always somebody’s hand on it. In Washington, DC, at four o’clock in the morning, there’s a lot of people buzzing around because they turn the city on, and that’s something people don’t notice or that they take for granted. Before you get up, somebody has to push the button, so to speak. These guys work in the water department; everybody needs these people.1 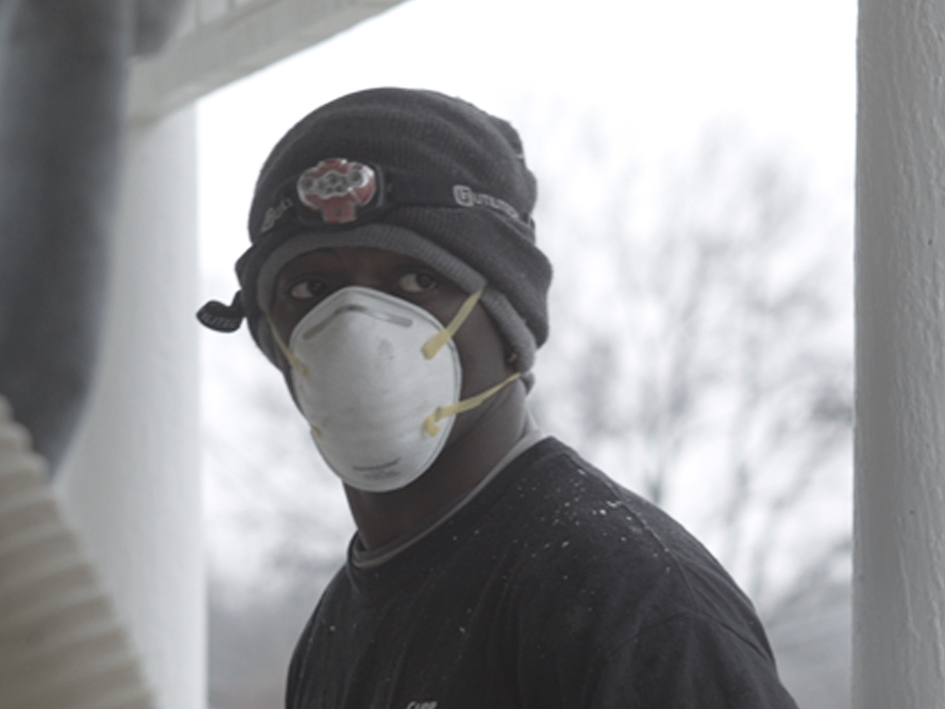 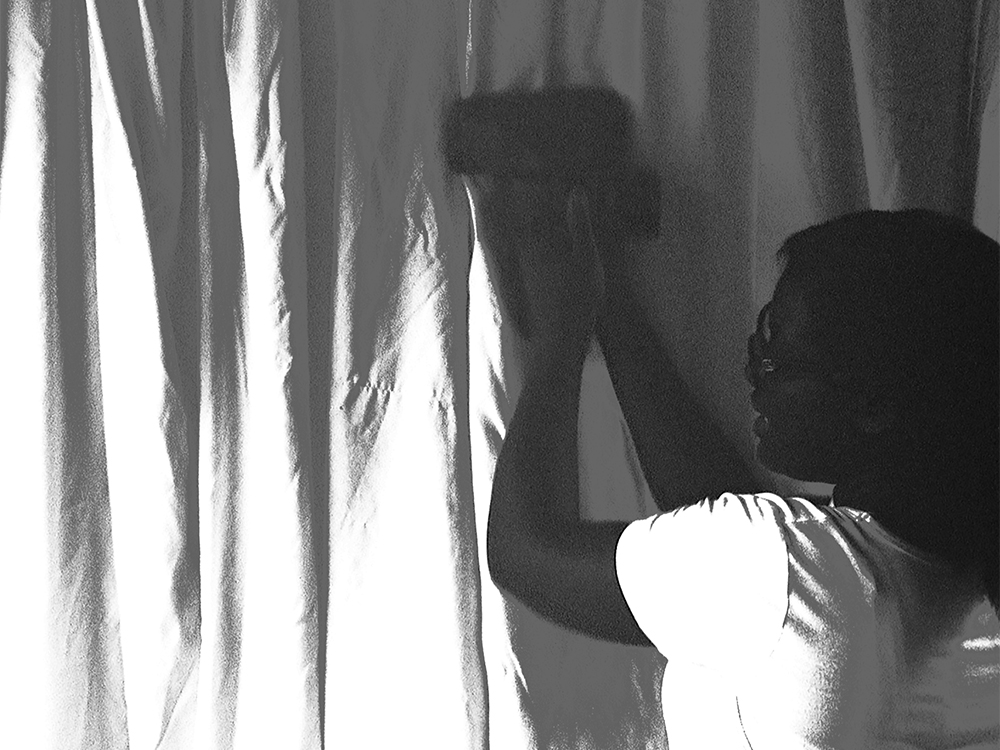 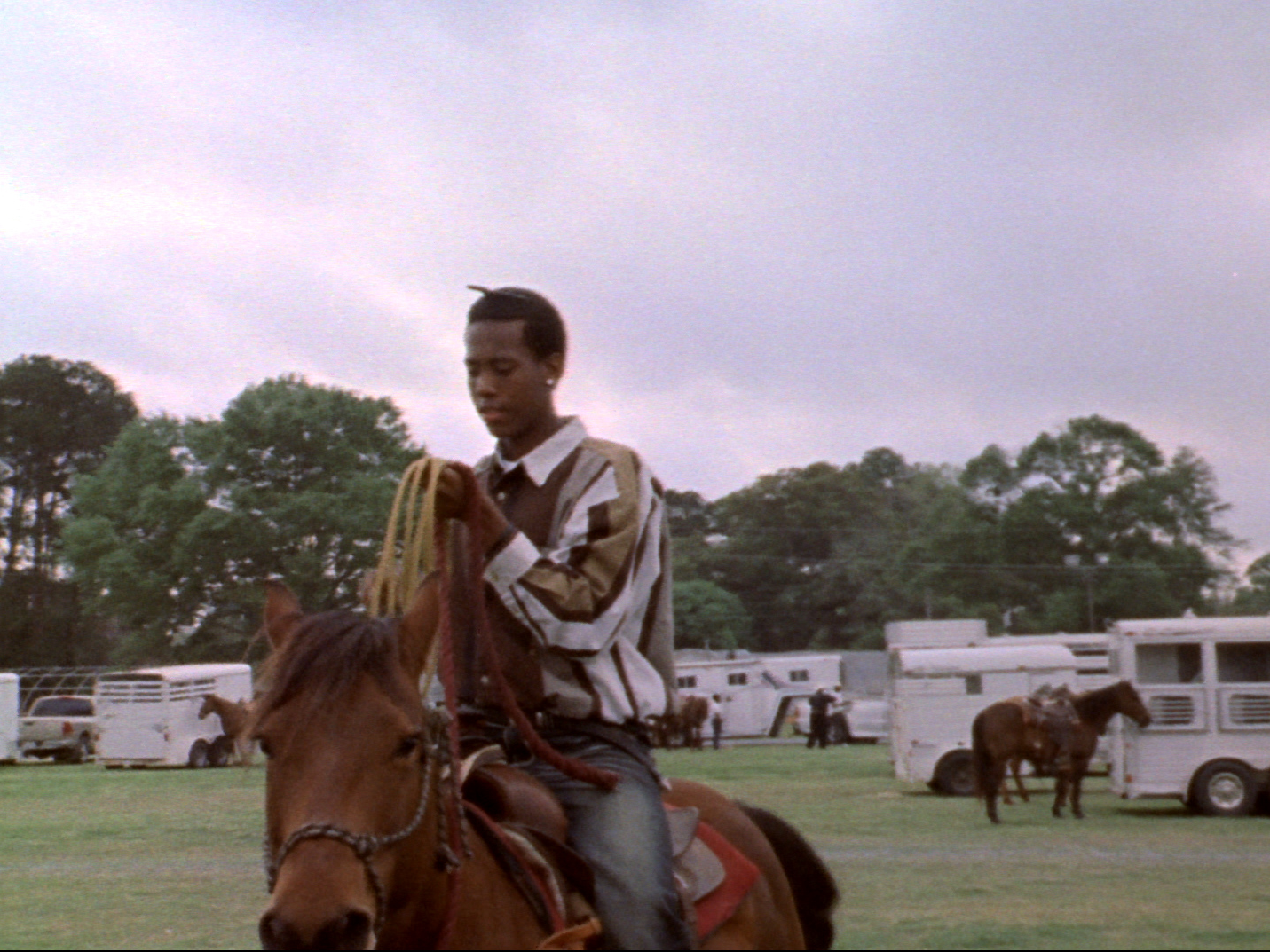 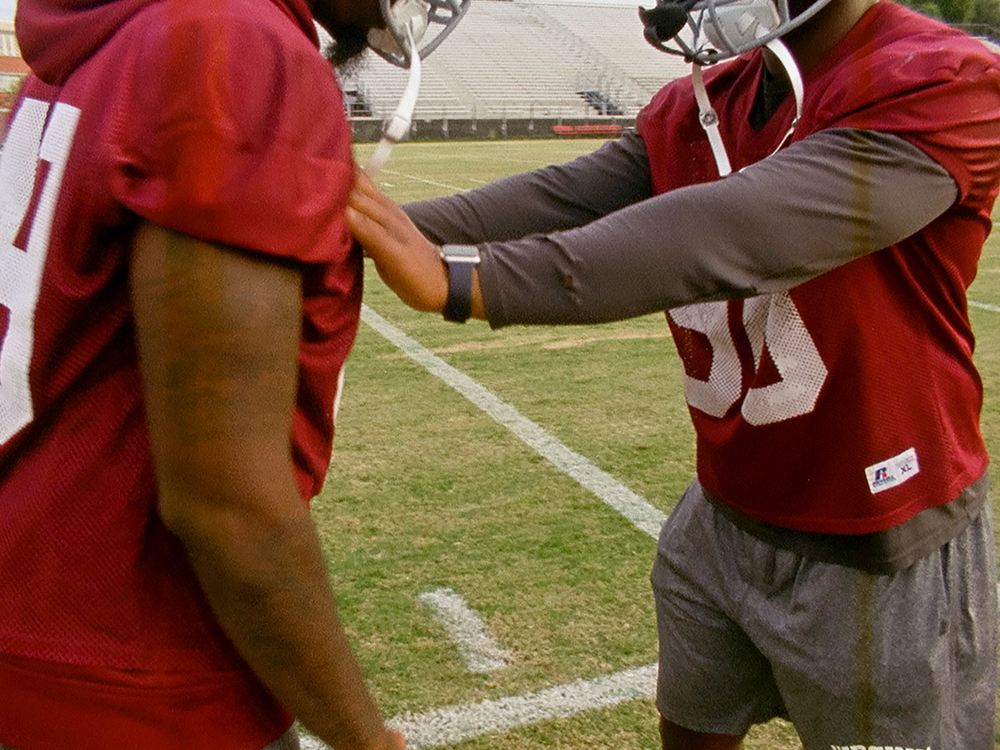