PRINT
FILM
Eiga-zukuri to mura e no michi
Filmmaking and the Way to the Village
,
,
50’ 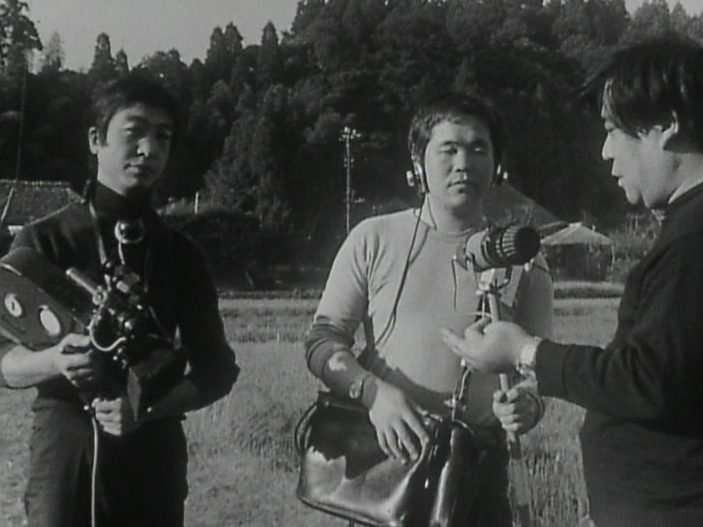 “In my memory the road from Winter to Sanrizuka: Heta Village pursued a consistent theme. What did we want to film? I think you could call it ‘village time.’ Making ‘time’ the theme probably made us opt for the ‘waiting’ method of diction and a style of editing that avoided montage techniques. Ogawa wrote [...] that when people say, ‘I’m here,’ ‘here’ is the natural climate, and ‘am’ is a form of dialogue. Forest of Oppression depicts an inherent dialogue of ‘hatred,’ but not a ‘here.’ When portraying the peculiarities of Sanrizuka, the larger theme of the village’s own time, one held in conjunction with the natural climate came to the surface. [...] That delicate flow of time was, I think, what Ogawa had in mind when he later said that, ‘There’s something in village time that attracts me,’ or what Tamura was talking about when he said that, ‘I had the feeling I wanted to join the people there.’ For me as well, that time – a flow of time accustomed to circulating though that village – was something ‘nostalgic’ located somewhere in my memory.”