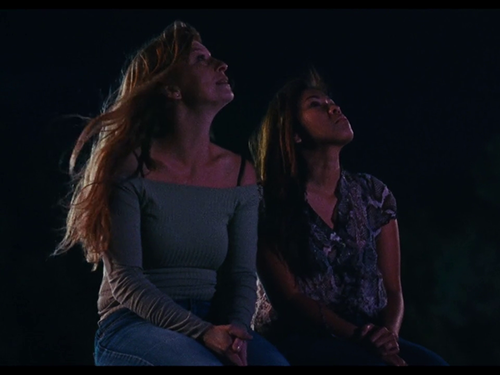 “After his celebrated feature debut film, Mercuriales (Courtisane Festival 2015), which takes place in the Parisian banlieues, Virgil Vernier shifts his focus to Sophia Antipolis, a technopole in the margins of the French Riviera. In the midst of this strange landscape, where loneliness and desperation flourish under an oppressive sun, many men and women each seek meaning and togetherness in their own way. Their quest crosses with the fate of a young missing girl. Vernier’s attention to the surreal in the everyday and the mythological in the trivial results in a disquieting psycho-geographic portrait of the obscure, seamy side of modern capitalism, where prophetic visions and wandering ghosts thrive without resolution.”

“Sophia Antipolis proves that there are new voices out there experimenting with form, narrative and character, and finding new ways to address the political turbulence of the world, on the level of everyday experience.”

“Both for writing the sequences and recruiting the actors of my film, I need to immerse myself in the environments that I’d like to speak about... I’ve tried not to put myself in a moral position or a position of judgment in regards to the characters that inhabit my films. I can recognize myself in these lost people who seem to wander in the middle of a world that doesn’t provide any response.”

Film Comment: Many people outside of France might not be familiar with Sophia Antipolis. Can you give us a brief history of the development of this region, and where the idea originated to make a film there?

Virgil Vernier: In a way, it’s better for me if it stays a fantasy country, a utopia. It would be great if somehow the audience is not sure if Sophia Antipolis really exists, or if it’s a dystopian land coming straight from the mind of the director. But it’s true in other ways that I like the idea of the movie being set in a very realistic place that you can find on Wikipedia. Sophia Antipolis was imagined and built from the ’70s through the ’80s in the south of France, and the original model that the architect had in mind was Silicon Valley in California. In the ’70s the French Riviera was seen as a new place for tourism, for a new kind of rich person, and they wanted to rebuild it in an American way, like a Florida or Las Vegas or Los Angeles. So they created a lot of very American-style buildings, to expand tourism, and like Silicon Valley it would be a place that scientists could do research.

For me the 16mm adds a timeless, almost ghost-like aura to the film. This is a fake utopia, after all.

Exactly, and I like the fact that you mention ghosts. I don’t want the film to show real ghosts, of course, but everything contains a ghost. We’re full of ghosts, and we’re haunted by the death of a lot of people, and everyone in this film carries ghosts, even the sea—the Mediterranean carries the ghosts of the people who died on ships, on boats. Even the sun is a monster.

Can you talk a little about the political dimensions to the film, and how you approach politics through cinema?

I think the best films are the ones where you don’t see the political ideology of the director too much. I try to hide my opinions and politics as much as I can, and try to give the opportunity to other people, who I might not agree with, the time in the film to speak their point of view of the world. I’m more interested in seeing and depicting people that are different, people that might scare us. It excites me to try and film them and understand the interior of their mind, instead of just showing them from a distance. In a way it is distant, I guess, because it’s a non-psychological approach. But for example, the paramilitary unit. It’s true that I see a lot of neofascism around—you can see this kind of behavior everywhere: in France, throughout Europe, and in America, of course. What I want to do is try to understand this fantasy fear of evil, why these people are so afraid of other people, people alien to them. My goal is not to judge them, but to give them the time in the film to express themselves. 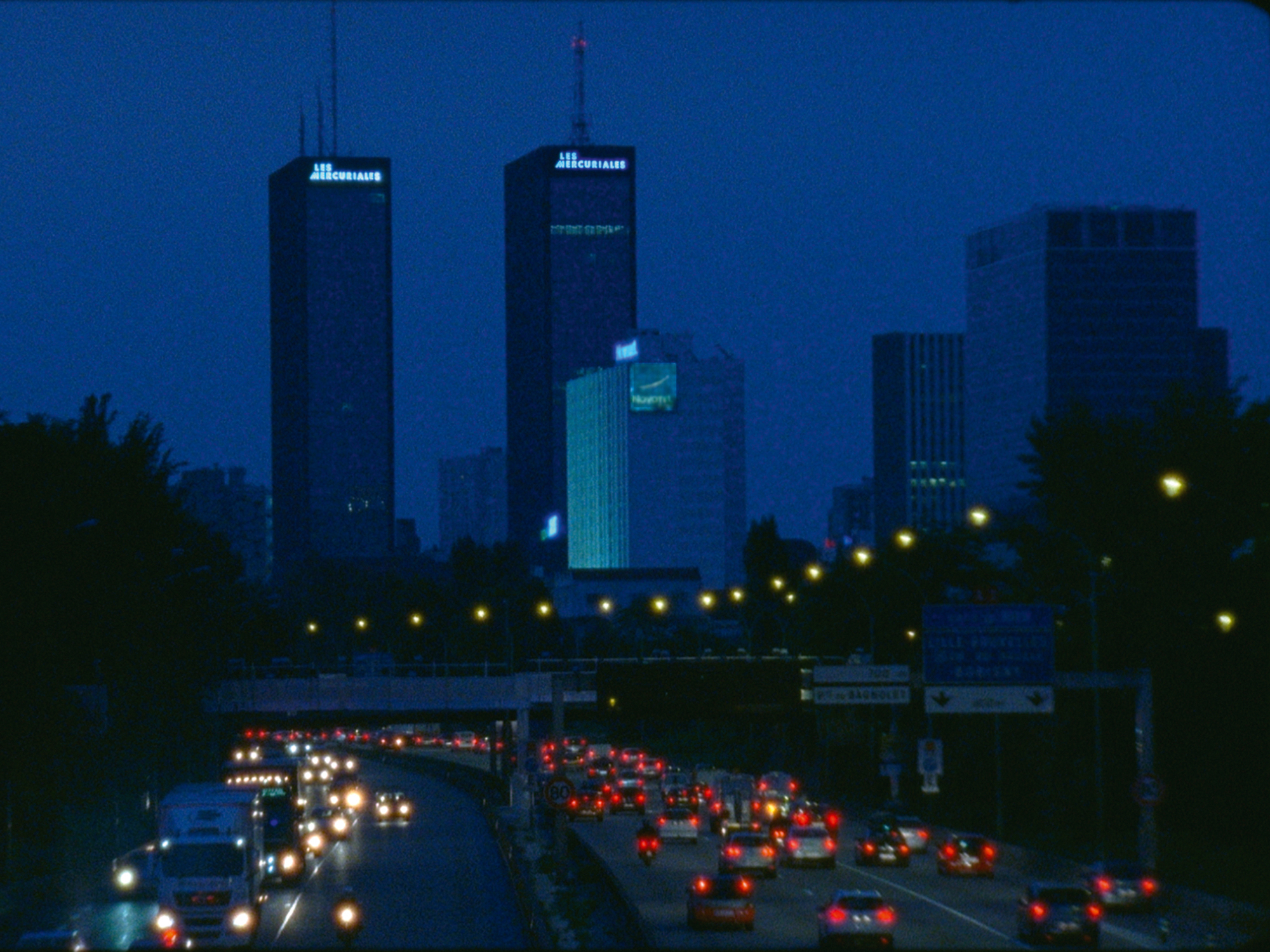 “Mercury is the fastest, hottest, coldest planet. One side is always night. The other, always day. You feel very light because the gravity is weak. The sky is dark, and never varies. There is no air. This story takes place in a far distant time, a time of violence.