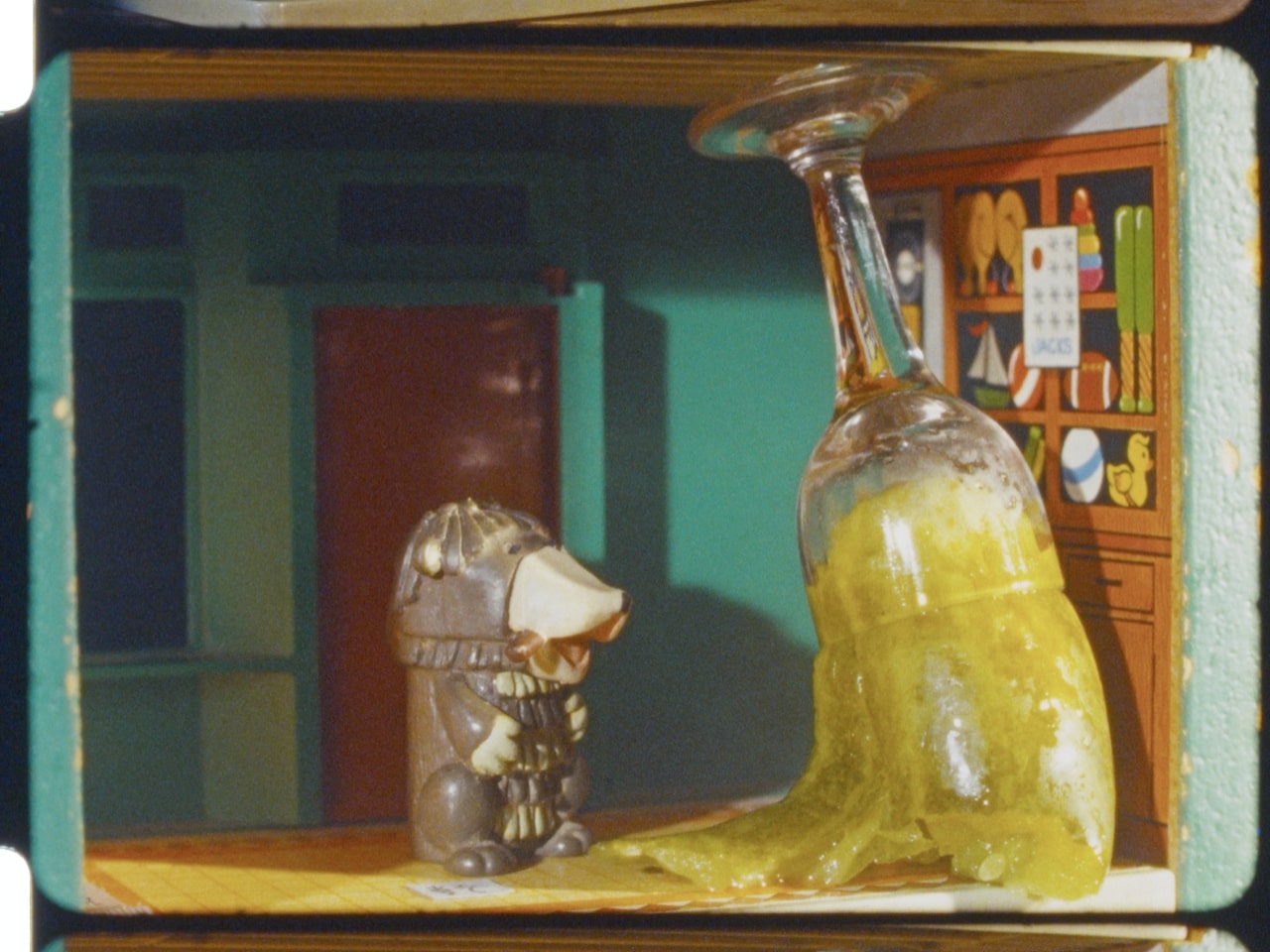 Made during the lockdown, The Mirror Egg consists of 16mm multiple exposures that started from a miniature sitcom-like film set in the artist's studio and taking daily walks with his camera. The characters and Floris find themselves in absurd situations and a stream of images begins to take form. In The Mirror Egg our perception is overloaded with flickering, layered 16mm film and loops from his analog sound modules. The film can be shown as 16mm film or as a longer expanded cinema performance with modified 16mm projector and live sound. It has also been projected onto windows and facades.

“The regularity of constantly sitting at home during the corona lockdown inspired me to build this miniature sitcom-like film set where something new could happen every day, and to take the 16mm camera out on daily walks. The inhabitants of the film set and myself get into absurd situations from which a stream of images emerges. The middle part is an uncut three-minute roll of film that was scripted like a program: a 4-bit binary code and a long heximal code, written on paper, were used for positioning, layering and repeating what was filmed on these 30 meters.” 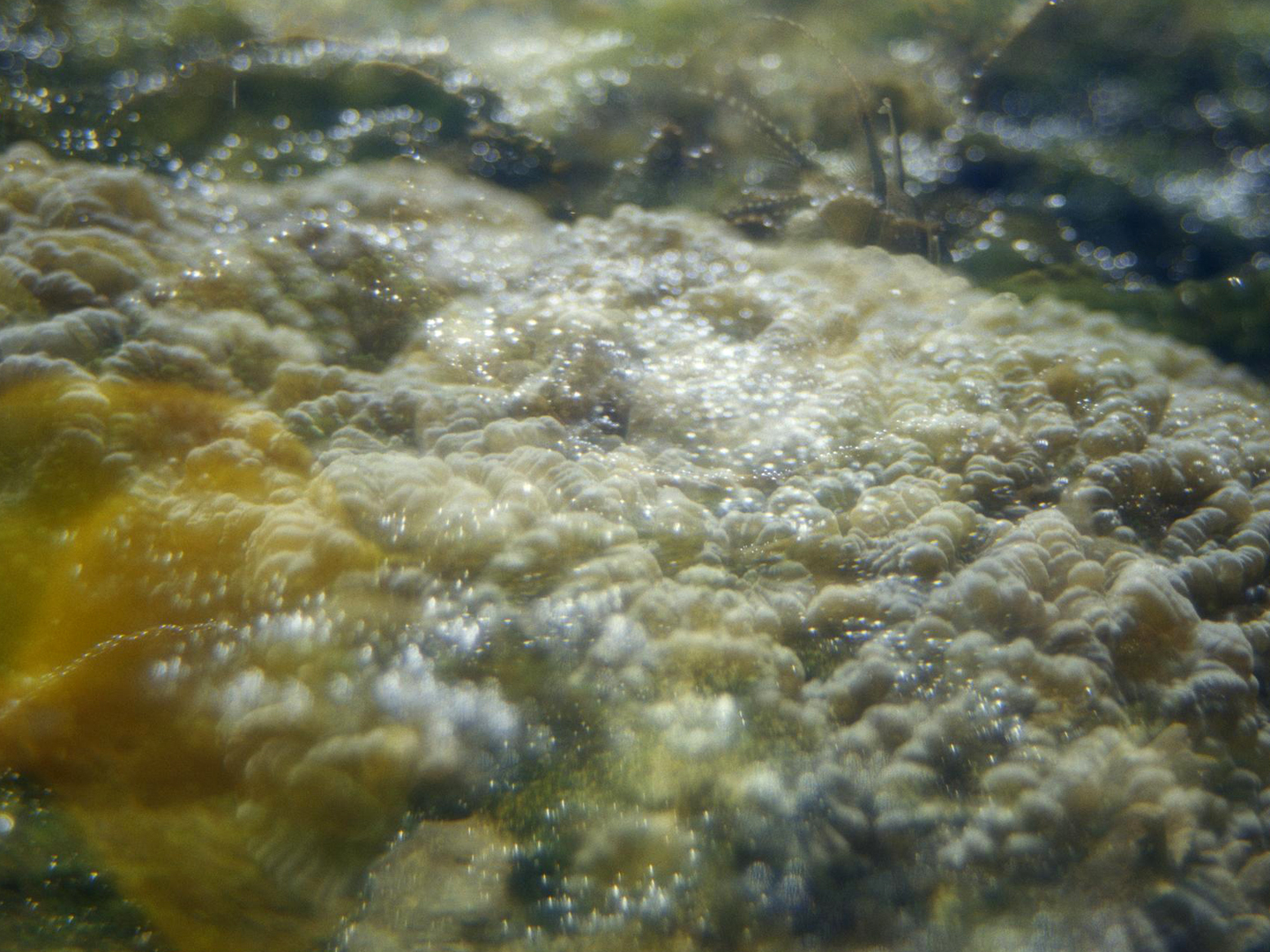 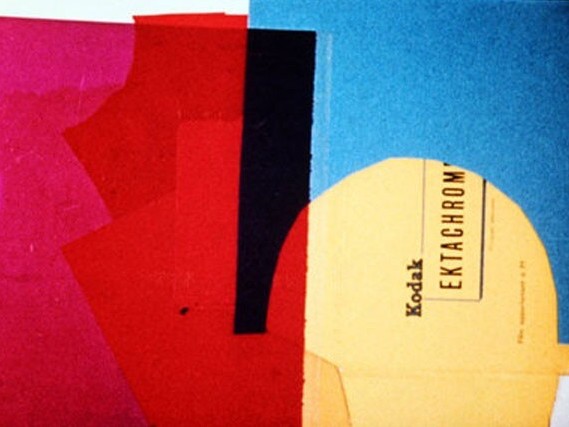 This relentless, rapid-fire animated film combines flashes of everyday objects – including the animator’s own hand – with bright textural patterns. Breer’s disorienting procession of still and moving images is accompanied by a nonsensical French narration voiced by fellow filmmaker Noël Burch: rather than orienting the viewer, it further abstracts the work, adding fragments of sound to the visual mix. (MoMA)

“Single images one after another in quick succession fusing into motion... this is cinema... Whereas the usual intention in animation has been to represent natural movement and to do this by the gradual modification of forms permitting the eye to blend them into fluid motion, I began treating the single images as individual sensations to be experienced separately, more in counterpoint than in harmony. I find myself combining freely very disparate images and finally using continuous motion simply as a means to connect up the various fixed images.”

“I exposed six feet of film one frame at a time, as usual in animation, but with this important difference – each image was as unlike the preceding one as possible. The result was 240 distinctly different optical sensations.”

Robert Breer on the original 1954 ten-second test for Recreation2

“‘What the hell will this look like?’ you know, that kind of thing, and ‘I don’t want to know... whether this is cinema or not; it doesn’t matter.’”

“In these very short films, Breer formulated a single-frame aesthetic and his work was arguably the first to demonstrate this approach. (...) Breer's rapid montages challenge not only what a viewer sees and how, but also foreground the animation process. The most influential of these reflexive ‘retinal collages’ is Recreation. (...) After seeing a silent version of Recreation, Noel Burch wrote a text and recorded it for the film. An aural equivalent of the images, the text is a nonsense poem (in the Dada tradition): its words create puns on the screen objects. (...) Recreation's unique visual and aural bombardment left a very significant trace. [It] exhibited yet another experimental filmmaking style that challenged the emerging, abstract expressionist-influenced lyrical cinema. Rejecting the neo-Romanticism of Stan Brakhage, Breer developed the core of a reflexive minimalist/structuralist approach that would be further explored and codified in the late 1950s by Peter KubeIka. Breer met KubeIka at the 1958 Brussels Experimental Film Festival and discovered that, although working independently, they had formulated the principles of metric cinema.” 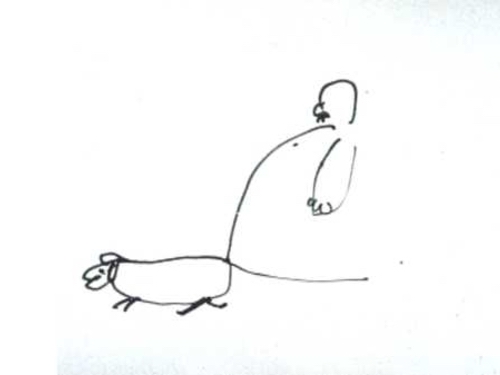 Lines stretch, bend, twirl and break, dynamically sketching a neighborhood, with its buildings and trees, its sidewalks and birds and, finally, a man and his dog walking in the city. Originally shown as a short before Last Year at Marienbad (Alain Resnais, 1961) during that film's initial New York theatrical release.

“The earliest films he made, between 1952 and 1957, grew out of the norms of geometrical painting into those of the graphic film, with important modifications of both. But beginning with A Man and His Dog Out for Air (1957), he made animated cartoons until 1964, in which cartooning broke up and led back to the fast motion cinema of his earlier works. In the cartoon films there is a shift in his working process. Instead of creating the film directly in front of the camera as he was shooting it, he began to draw the lines and figures of individual frames on paper and cards. By flipping through the cards he could approximate the experience of the film. The actual shooting became more of an exercise in translation than creation.”

“I must say that people seem to read into A Man And His Dog Out For Air a lot more from its title than what I actually conceived when I made the images. I can describe it as a sort of stew: once in a while something recognizable comes to the surface and disappears again. Finally at the end you see the man and his dog, and it's a kind of joke. The title and the bird songs make you expect to see the man and his dog, and it's the absurdity that makes audiences accept what is basicalIy a free play of lines and pure rhythms.” 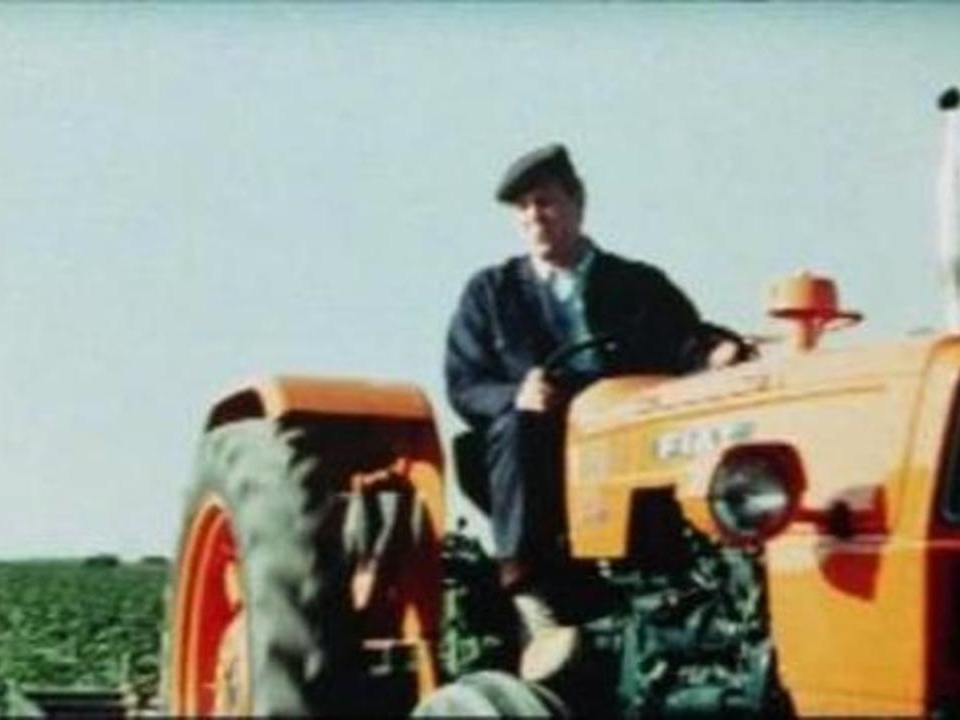 A young farmer's wife brings her husband something to eat in the field during summer time.

“An early example of deliberate camp (one that nearly dates to the first use of the term and predates the writings of Dyer and Babuscio), a film not even en vogue to indicate a homosexual sensibility, might be the third in a series of four Sad Movies, entitled Summer in the Fields. We see rather lavish shots in CinemaScope of cows, of a farmer on his tractor, shown in fetishizing close-ups, digging up potatoes. While the farmer removes sweat from his face with a huge, red handkerchief, we get an imaginary balloon, clarifying that he longs for a cup of coffee. Meanwhile his wife is in the kitchen, in a setting which seems straight from The Sound of Music (Robert Wise, 1965), putting his meal into a basket. We follow her on her trip to the fields, whereas her husband is awaiting her arrival. A bit abrasive, he asks her why it took so long, but then he drinks his coffee, and the couple, proudly standing next to the tractor, start singing an overtly gay song about their mutual love, wondering whether people can be more happy than they are now that it is ‘summer in the fields’. At the same time, some inserts show cows peeing and pooping, actions that are emphasized by the sounds of huge farts on the soundtrack that accompany the song. As the man finishes his coffee, the song stops right away, and he says to his wife: ‘Well, that was mighty good’. It is not without a certain irony that a voice-over at the end of this short, which seems the polar opposite of the series of Sad Movies it belongs to, announces that the farmer continues with ‘faith, hope, and charity, contributing his share to the happiness and welfare of his family, his country and all mankind’.”

Made during the lockdown, The Mirror Egg consists of 16mm multiple exposures that started from a miniature sitcom-like film set in the artist's studio and taking daily walks with his camera.

This relentless, rapid-fire animated film combines flashes of everyday objects – including the animator’s own hand – with bright textural patterns.