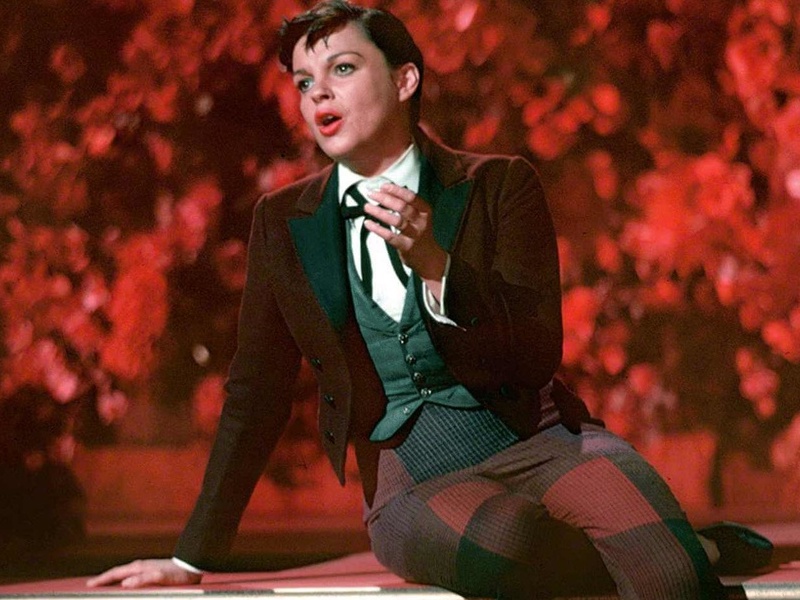 A film star, helps a young singer and actress find fame, even as age and alcoholism send his own career on a downward spiral.

“I destroy everything I touch.”

“Those who have blissful recollections of David O. Selznick’s A Star Is Born as probably the most affecting movie ever made about Hollywood may get themselves set for a new experience that should put the former one in the shade when they see Warner Brothers' and George Cukor's remake of the seventeen-year-old film. And those who were no more than toddlers when that classic was starting floods of tears may warm themselves up for one of the grandest heartbreak dramas that has drenched the screen in years.”

“George Cukor’s direction, briskly paced, combines heartbreaking tragedy, out-of-this-world musical entertainment and rib-splitting comedy into a coordinated whole that can only be compared for sheer cinematic know-how with Gone With the Wind. This is a picture that’s worth seeing over and over again. It should be good for endless revivals.”

Esther: What is it? What is it that makes him want to destroy himself? You’ve known him longer than anyone else. Tell me what it is. Please. I don’t care, just tell me.

Oliver: Don’t you think I’ve tried through the years to know why?  To help him? I don’t know, Esther. I don’t know what the answer is.

Esther: Well, I’ve got to find the answer. You don’t know what it’s like to watch somebody you love... just crumble away, bit by bit...and day by day in front of your eyes. And stand there helpless. Love isn’t enough. I thought it was. I thought I was the answer for Norman. But love isn’t enough for him. And I’m afraid of what’s beginning to happen...within me. Because sometimes I hate him. I hate his promises to stop...and then the watching and waiting to see it begin again. I hate to go home to him at night. And listen to his lies. Well, my heart goes out to him because he tries. He does try. But I...hate him for failing. I hate me too. I hate me...because I’ve failed too.

“It is in this scene that we reconcile Garland as both Esther and Norman, where we see the lines blur between truth and fiction. Garland had ascended to the stars long ago, and, at this point in her career, had very recently crashed and burned, rejected from the very studio that both created her and enabled her darkest tendencies. Garland may be playing Esther here, but she is also the bearer of Norman’s experience – this scene is both uncomfortable and resonant because of the truth that lies behind the words she speaks.”