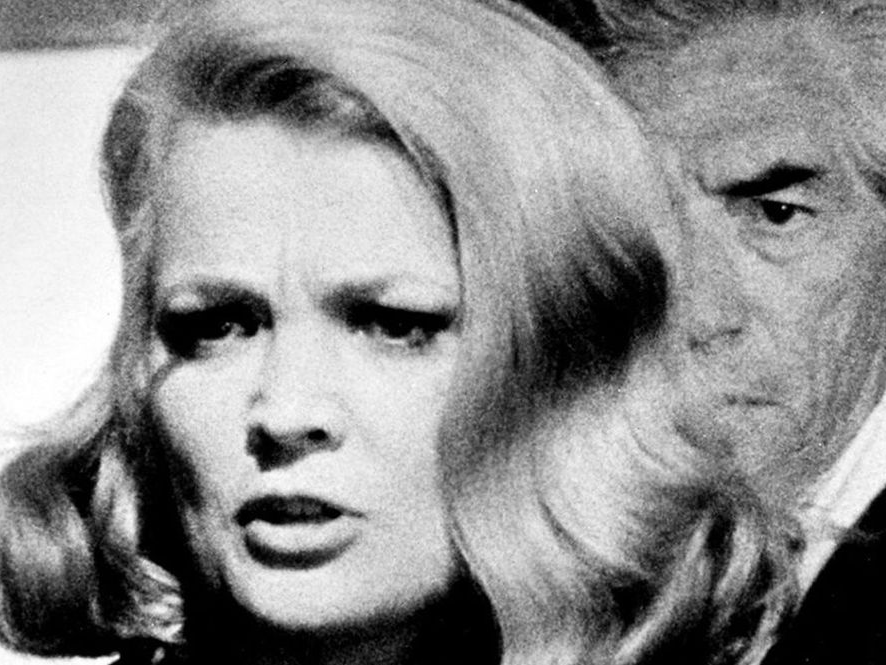 “Watching [his films] brings to mind a comment made by John Ford to a collaborator who was complaining about the miserable weather conditions somewhere in the desert when they were trying to shoot a picture. The guy said, ‘Look, Mr. Ford, what can we shoot out here?’ and Ford replied, ‘What can we shoot? The most interesting and exciting thing in the whole world – a human face.’”

“In 1954 I was an assistant stage manager in New York and in the same year l finished my first film, The Night Holds Terror. In 1955 I acted in thirty-seven live television shows; in 1956 l did five; in 1957 I made three movies, including a good one called Edge of the City. At the end of 1957 we began filming a picture called Shadows, and that kept me busy until 1960. That was the year my wife had our first baby, and the year l did a TV series, followed by a quickie movie in Ireland. In 1961 – that was a bad year – a lot of waiting. In 1962 l directed my first Hollywood film, then signed a big contract with the same studio for some more punishment. In 1964 l left that studio and made my second Hollywood film, which wasn’t exactly a Hollywood film to start with. In fact it had a chance of being a very good film. But somehow it became a Hollywood film under the guidance of Hollywood people. This was especially painful because it was on a subject I cared about – retardation. From 1964 to 1965 I stayed home, looked at trees, at my family, wrote several scripts, and learned patience. In 1965 I took a job running a company – a TV package company – in partnership with Screen Gems. After six months of that, I looked back at my accomplishments and could find only two that l considered worthwhile – Shadows and Edge of the City. All the rest of my time had been spent playing games – painful and stupid, falsely satisfying and economically rewarding. Then at the end of 1965 Faces was born, out of friendships and mutual dissatisfactions.”

“What, in our view, is so fine about Cassavetes’ film is that it makes us aware of one of the weaknesses of the cinema: its right and proper inability to explain the inner world, since all it can literally grasp are external signs, as being not unrelated to inner turmoil. [...] What we most admire about the film is that it has borrowed from the effects of alcohol – heightened awareness and lucidity, moments of emotion and flashes of insight – the very form, unsteady and rigorous, of its poetry.”

“We are presented with ‘dead time’: an expenditure of energy and film stock that in narrative terms contributes little to our understanding of the characters, their motivations or problems. It is at this juncture, when, to borrow a phrase used by Antonioni, ‘everything already seems to have been said,’ that [...] reveals itself as a deliberate attempt to open the performance of character up to resonances, questions and points of view which cannot be answered or contained by the narrative.”

“Caught in the film as in the very trap of their existence and subject to its rhythm, the characters in Faces are not stock characters: they are not predetermined, or put there once and for all, arbitrarily, at the beginning of the film; rather, they define themselves gesture by gesture and word by word as the film proceeds. That is to say that they are self-creating – the shooting is the means whereby they are revealed, each step forward in the film allowing them a new development in their behaviour, their time span coinciding exactly with that of the film. Once that is the case, cinematographic realism is out of the question: called into being by film, moulded by the peculiarities of the shooting and of the project in general, the characters – who are the one and only source of the fiction – no longer refer to some plausible reallife situation, of which they would be the more or less respectful representation; they are coherent and plausible only in relation to themselves, and in the context of the film itself. Certainly, there is nothing we see on the screen which has not also happened ‘in real life’, but ‘in real life’, in this case, means in front of the camera and through the camera. Cassavetes and his friends do not use the cinema as a way of reproducing actions, gestures, faces or ideas, but as a way of producing them.”

“You start out extremely young and make an extremely young picture. As you get older, you make pictures about the way you feel at the time. You don’t think logically. You think in terms of mysterious elements of your life. I’m interested in middle-aged people because I’m in that generation and share their concerns. I’d feel completely incapable of making a film like Shadows about young people now. It’s not a question of being indifferent towards young people’s problems, but their experience of life and their goals and ambitions don’t connect with my own personal preoccupations. I’m only interested in what I am interested in. That’s what makes the film what it is. The minute it becomes a professional film, it is exploitative. It’s trying to sell you something. It’s trying to get you to buy it. A lot of bad movies are made because people are trying to make a living. The good ideas are the things that mean something to you. There’s plenty to say without having to be dishonest and make a movie you don’t care about.” 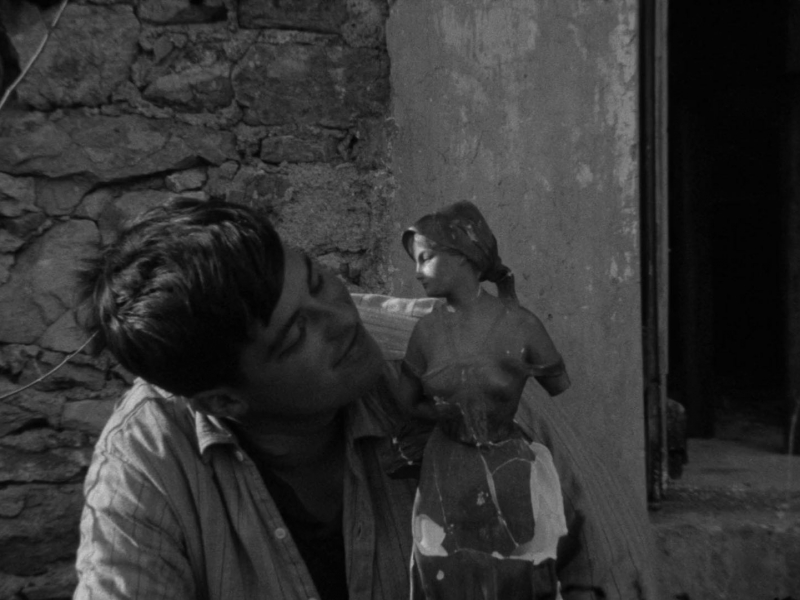 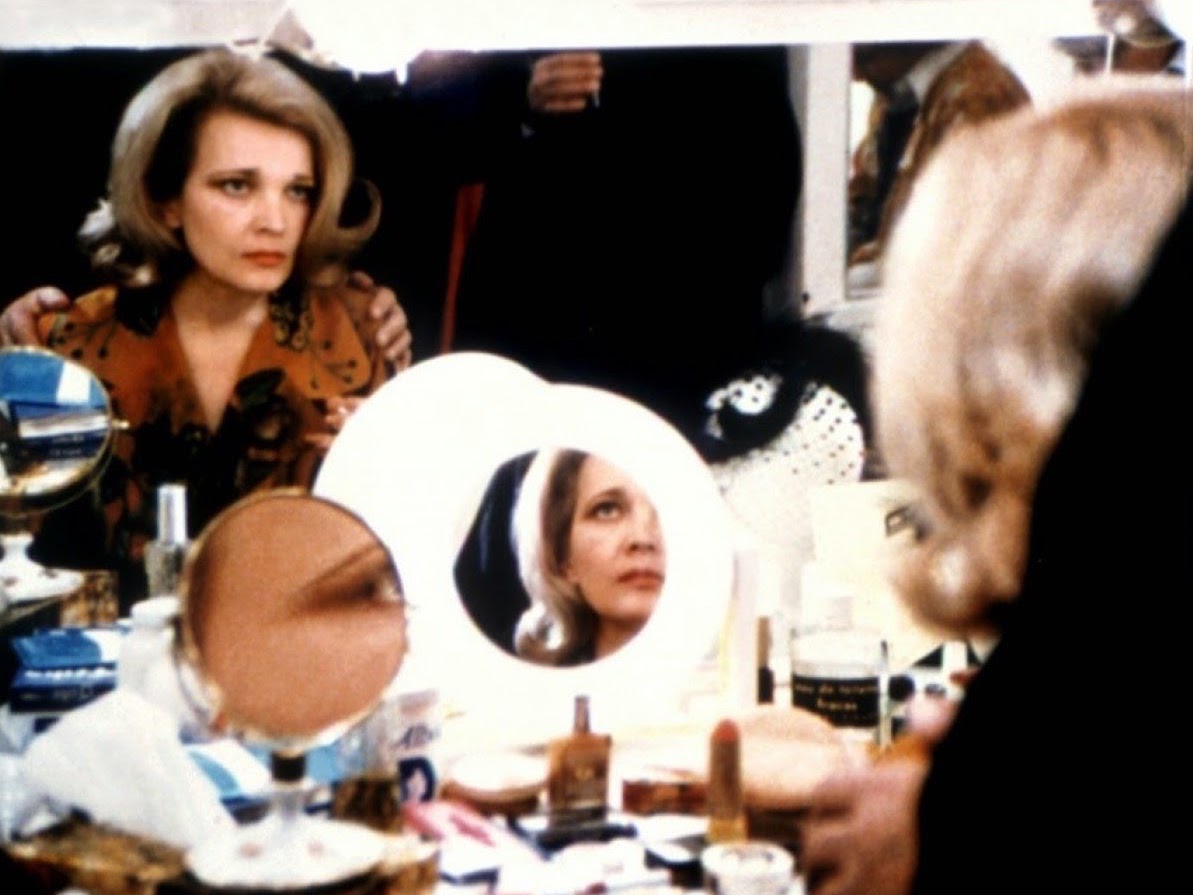 Broadway actress Myrtle Gordon (Gena Rowlands) rehearses for her latest play about a woman unable to admit that she is aging. When she witnesses the accidental death of an adoring young fan, she begins to confront the personal and professional turmoil she faces in her own life.