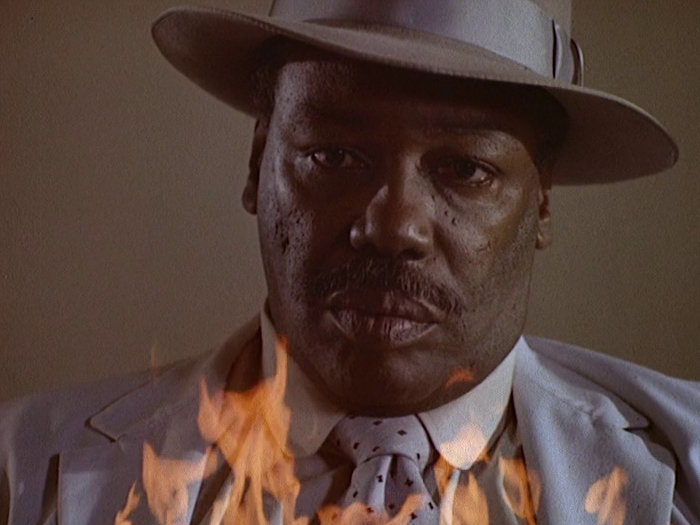 African-American drifter Danny Glover shows up at the LA doorstep of his old pal Paul Butler. In the spirit of auld lang syne, Butler takes Glover in, though his wife (Mary Alice) is not happy with this intrusion. She already has enough on her hands contending with her grown live-in son Richard Brooks and his real-estate agent wife Sheryl Lee Ralph. Glover ingratiates himself by reminding family of their Southern roots; less positively, he drinks a great deal, brings suspicious-looking cronies into the household. When Butler suffers a stroke, Glover assumes charge of the house – whereupon his charm evaporates and disaster follows. But Glover isn't really the villain of To Sleep with Anger: everyone in the film is depicted in all-too-human shades of gray.

“I was born in the South and have lived most of my life in Los Angeles. In L.A. the whole community, from the ’40s, ’50s, up until about the Civil Rights movement, was a community composed of people from Mississippi, Alabama, Arkansas, and places like that. Actually, it was unusual to find someone who was born in California. You really had that Southern vibe there, the folkways and the culture were there in Los Angeles – people used to raise chickens in the backyard, and everybody knew one another. But all that has changed. There were a lot of positive things then, because there was an ethos, a certain way of conducting yourself and a culture that was nurturing. Something like that really helps to inform you about the world in a poetic way – it gives you a sort of moral insight into life and when you get older, you might appreciate that more. It seeps into your unconscious. There’s always been this issue of the black middle class’s responsibility to continue to be a force in the black community. One of To Sleep with Anger‘s themes deals with that issue, of the middle class abandoning the rest of the race, deserting the culture and then returning to it. The film is really about connecting the past to the present.”

“It seems scandalous that Charles Burnett, the most gifted black American director offering purely realistic depictions of black urban life, was able to make this 1990 feature only because Danny Glover agreed to play a leading role. Harry Mention (Glover), an old friend from the rural south, arrives on the doorstep of a Los Angeles family, wreaking subtle and not-so-subtle havoc on their lives. The family is headed by a retired farmer (Paul Butler) and his midwife spouse (Mary Alice), whose two married sons (Carl Lumbly and Richard Brooks) are in constant conflict. Burnett’s acute and sensitive direction is free of hackneyed movie conventions; even something as simple as a hello is said differently from the way you’ve heard it in any other movie. All of Burnett’s features have the density of novels, rich with characters and their interplay, and this one is no exception.”

Dusted with paranormal activity, To Sleep with Anger is foremost a film dedicated to capturing the nuances of real-world intimacy. ‘Why don’t you shut the door and come on over here?’ Gideon, smiling wide and patting the bed, says to Suzie. She stares at him silently and exits the room to tend to their grandson – but softens her rebuff with a knowing wink. This brief scene communicates, better than many films devoted solely to the subject, the delights and disappointments of enduring unions, dyads that require the constant balance of desires and duties. The film is also, of course, a reflection on reconciling the past – specifically, the Second Great Migration, in which millions of African Americans from the South, from roughly World War II through 1970, relocated to, among other areas, large cities in the West – with the present. It’s difficult to watch To Sleep with Anger without thinking about its maker’s own past, and his future. Burnett followed up this movie with The Glass Shield (1994), a scorching, intricate look at racism and police corruption [...].

“One of the features of my community is that it does not have a center, does not have an elder statesman, and more important, does not have roots; in essence it is just a wall with graffiti on it. Life is going to work, coming home, making sure every entrance is firmly locked to keep the thugs out, thinking on how to move up in the world or being a member of a street gang standing at neighborhood corners, thinking about nothing and going nowhere. In both cases what is missing is not only the spiritual but mother wit. Even though there is a church on every other corner, it only holds services once a week and it is not a dominant part of the life of the community. It is like a ship that has lost its rudder. It seems that those of us who observe tradition and have a sense of continuity can at least see the horizon. External forces more than internal forces have made the black community what it is today. There has always been the attempt to destroy our consciousness of who we were, to deny the past, and to destroy the family structure; and, since for us each day has not a yesterday or a tomorrow, to make the use of experience a lost art.” 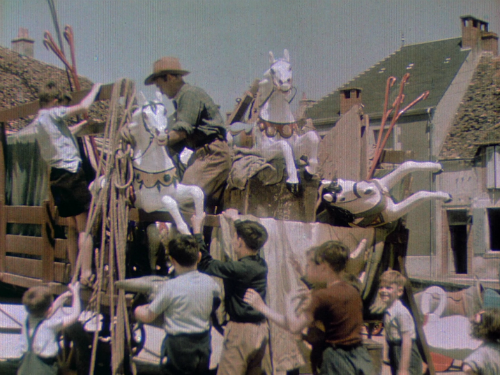 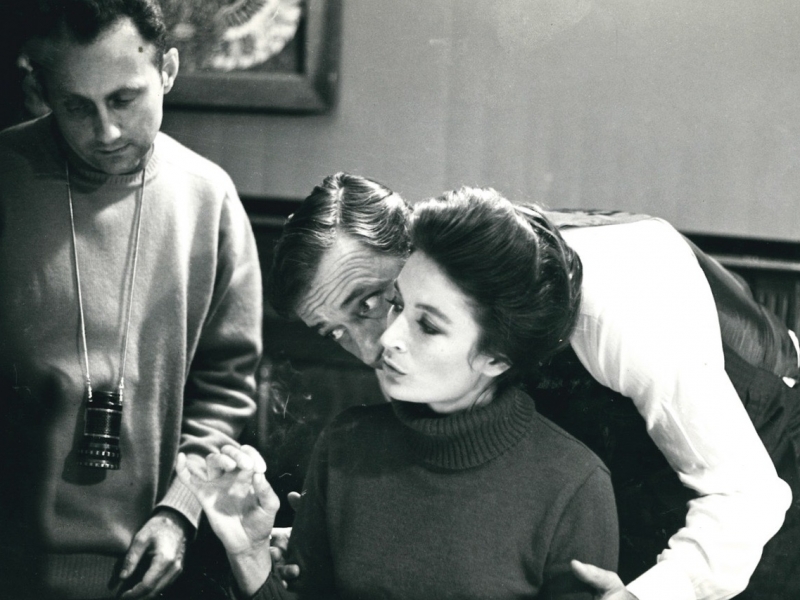 Nightmare of a Divided Self and Nation

Displacement in relation to language stands at the center of André Delvaux’s troubling and troubled Un soir, un train (1968) – so precisely and so relentlessly that even the disquiet created by the collision of disparate nouns in the poetic title (a time and a place/thing/vehicle, improbably yoked together like a chance meeting between a sewing machine and an umbrella on a dissecting table) arguably becomes lost or at least diluted in its English translation. 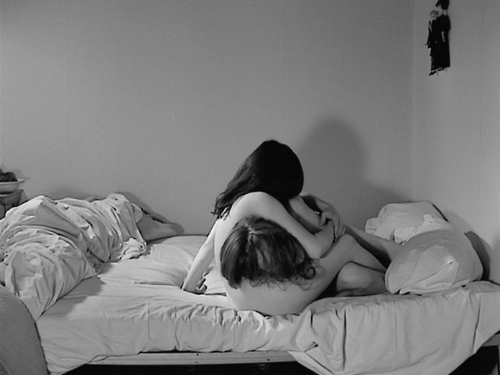