PRINT
Article EN
A Woman, a Film, a Different Gaze
Josie Fanon 1977
Translated by
Dossier
Out of the Shadows: Assia Djebar 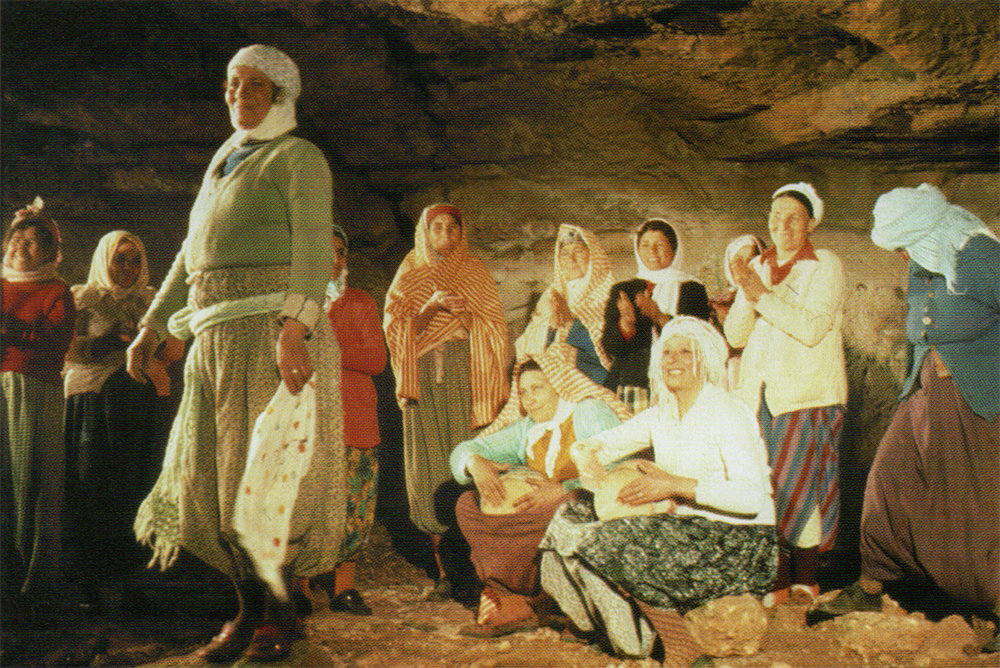 What does it mean to make a film when you are a woman, an Algerian, a novelist (writing in French) and you decide to make it in your own country, for the people of that country, with the widest distribution possible, as it is a film for television?

First of all, it seems, it means facing and then resolving a large number of contradictions, the most important of which is that of language. It means breaking the infernal circle in which Algerian-French writers have been trapped. (I write, and I know how to write indeed. I speak, and my enthusiasm and strength of conviction are intact. But who is listening to me, who welcomes me, who understands me? At the end of the day, what is my personal contribution to the culture of my country?)

Assia Djebar is now 40 years old. An author of four novels1, she hasn’t published anything for about ten years. Why? “I sincerely thought,” she says, “that I could become an Arabic writer. But during those years of silence, I realized there were problems with the written Arabic language that are beyond my abilities. It is different when it comes to everyday language. That’s why making films, for me, is not abandoning words for images. It’s making sound-images. It’s a return to the roots in terms of language.”

So, for her, it’s not a transition from one mode of expression to another, as is the case, in other countries, for writers who have become filmmakers, but a much more immediate concern: how to reproduce the sound of your home, the “noise” of your home, that of daily life, but also a certain musical and untranslatable tonality, related to language and to the rhythm of life. You will surely notice the importance of music in this film, which is structured like a nouba (an Andalusian music genre, hence its title), including an intervention of authentic Algerian folklore and excerpts from works by Béla Bartók inspired by his stay in Algeria in 1913.

Memory of the Past

This desire to make sound-images is what determined Djebar’s first step. Before shooting the film, she spent two months listening to the women talk, talking with them herself, with the farmers and farm workers in the villages where the film would be set: the Chenoua region, about 100 kilometres west of Algiers. And, on the basis of the sound of the recorded conversations, the first images were devised. What were they about? As a starting point, memories of the liberation struggle were evoked. Some of these women went underground at the age of thirteen. But very quickly, the conversations led to specific stories from a more distant past. Thanks to her personal relationship with the region – she was born there – and, thus, thanks to the connection with her own childhood, Assia Djebar was able to link the present and the past. She explains that one of the most important moments in the film is when the heroine remembers her grandmother telling the children about the lives of her ancestors and, in particular, the episode of the abortive uprising of 1871. Image-wise, what follows is a shot of about twenty old women surrounded by children. These images are not presented as a faithful reconstruction of the past, but as the memory of the past that gives rise to images in the eyes of the children.

Assia Djebar says: “The repossession of identity can only come through history, that is to say, through the past. We must restore the dialectical relationship between the past and the present. We must not be afraid to show the shadows, but bring to light what is to be kept for the present and the future. In formerly colonized countries, you can only conceive of a culture through a search for its roots. And, memory-wise, we are a society cut off from its roots. There is a gap between 1971 and 1930. ‘Algeria between two wars’, as Berque reminds us, is a society blocked from its origins. Throughout this entire period, there is silence. Only the women’s voice is left. Of course, this idea of oral history transmitted by women is not new, but I wanted to visualize it. To make each person in the image recognize themselves and, thus, be able to piece together a personality. To finally arrive at a form of collective speech.”

Assia Djebar’s training as a historian and sociologist will undoubtedly have been of great help to her in this research. However, she has other qualities which seem to me to be even greater guarantees for the success of her undertaking: a constant and heartfelt attention to the life and problems of others, and a discretion and modesty that made her “sacrifice” certain images of women during the shoot. If they were filmed without consent, or without the consent of their husbands, they could face serious problems when the film was released.

Assia (her youthful silhouette, with this sense of independence and freedom, this desire to live, to move and to speak that she carries around) is a door that opens. A big breath of air that crosses the room full of women sitting and talking. It is the wind lifting the curtains, opening the space, and at the same time it is a way of entering apologetically, without disturbing, by being accepted, a gentle presence that lets others speak, listens, and ultimately gives rise to a dialogue in which they finally say “I” – beyond the stereotypical patterns of women’s language in a traditional society. “In the case of Arab women,” she says, “individual speech, using the word ‘I’ for themselves, is a new thing. And any dialogue that leads to the search for identity is fertile. Dialogues between mother and daughter, between sisters, between women of different generations are dialogues of the future. The aim of women who create something is to pass on the desire to say ‘I’.”

Lifting the restrictions on language, encouraging women’s speech, making women feel that they are free to speak – while they are traditionally denied the right to speak and are not even named – seems more important in the end, even if it’s easier to achieve, than lifting the restrictions on the gaze. “They expect that I, as an Arab woman,” says Assia, “by publicly projecting images of women, show what cannot be shown. And perhaps, at first, I myself naively thought I could do exactly that. But I neither make films for tourists, nor for foreigners who want to know more. And I realized that it is not interesting to show what everyone here knows. To burst in on the women just like that. I have nothing to discover; I do not have to unveil what they have never seen.”

To Show the Banal Again

When, at a certain moment during the shoot, Assia had to take the camera herself and wanted to film women inside their houses, she understood that she was right. Because filming women between 12 and 50 years old in a traditional Muslim society “puts them in danger”. There is a possibility of repercussions for the family, including divorce. This raises a moral problem: what are you trying to do? Is it voyeurism? Or do you instead want to “show to those who are in the same position as you are that they can’t watch what they see every day. The image itself harbours a revolutionary potential. I didn’t want to show interior images. Those, I already know. I wanted to show exterior images: the image of women moving around in the space of men. Because, for me, that’s what emancipation is, to move around freely. You see these women in my film, but you also see doors closing, women hiding, avoiding the gaze. In the end, I wanted to show what we see every day, but in another way, as if you cleaned your gaze, forgot everything, and saw everything anew. To bring back the banal. That’s my craft; nothing else.” Both a creative documentary and a fiction film, The Nouba of the Women of Mount Chenoua rediscovers the present and the past of a region through the approach and motivations of a heroine who looks and remembers. “In the end,” says Assia Djebar, “it’s a film about memory. The past is never past. It exists in architecture, in certain faces. And only if you have a clear view of your relationship with the past can you come back to the present.” This is what Leila does, the heroine of the film who starts a journalistic investigation among the peasant women at the end of the film. The film ends with a film that begins.

Assia Djebar is now convinced that after this first film, which is also the first feature-length film by a female filmmaker from the Maghreb, she will make more. What kind of films? She believes that documentaries are the future for Third World cinema. In Algeria, for example, cinema arrives in a cultural no-man’s-land. Therefore, it cannot represent this synthesis of all the arts it represents in other countries. The constant transition from creative documentary to fiction, the refusal to choose a position in relation to other forms of cinema – which is not a refusal of universal film culture, but an awareness of national cultural reality – and the concern not to abandon literature 2: all this allows us to claim that Assia Djebar will contribute considerably to the ongoing broader debate on cinema in the Third World. Other women, alongside her, are casting a new light on their own society, transforming it through their gaze. A meeting of female filmmakers to be held in Algiers in the next six months will open a dialogue between those who, after being silent and watched for so long, are now speaking, watching and creating. 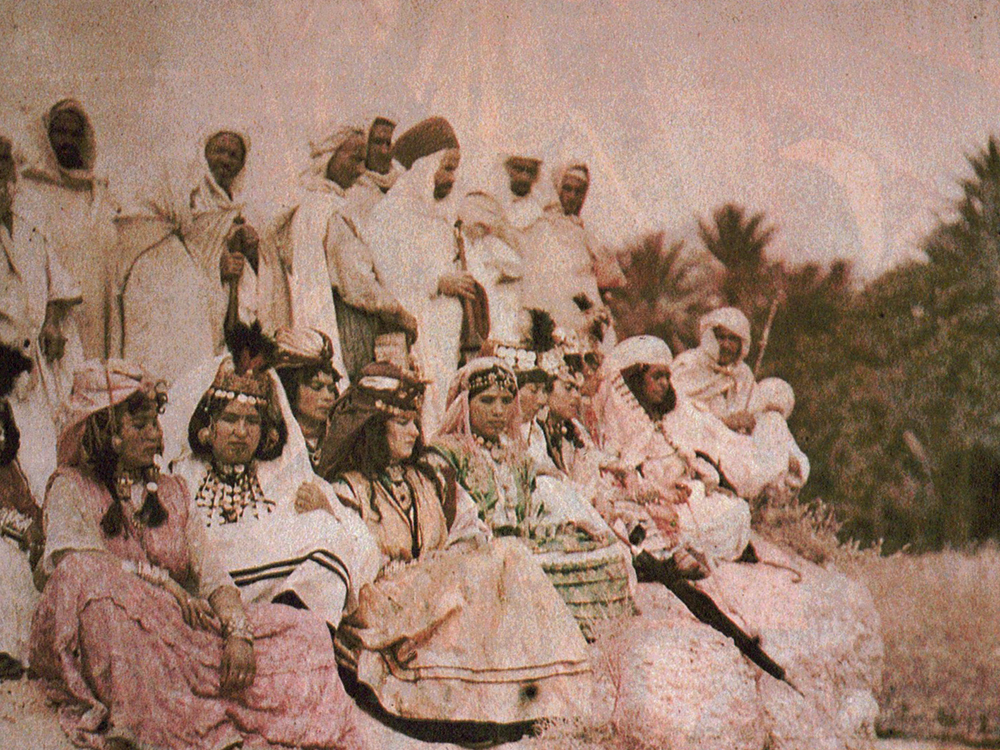 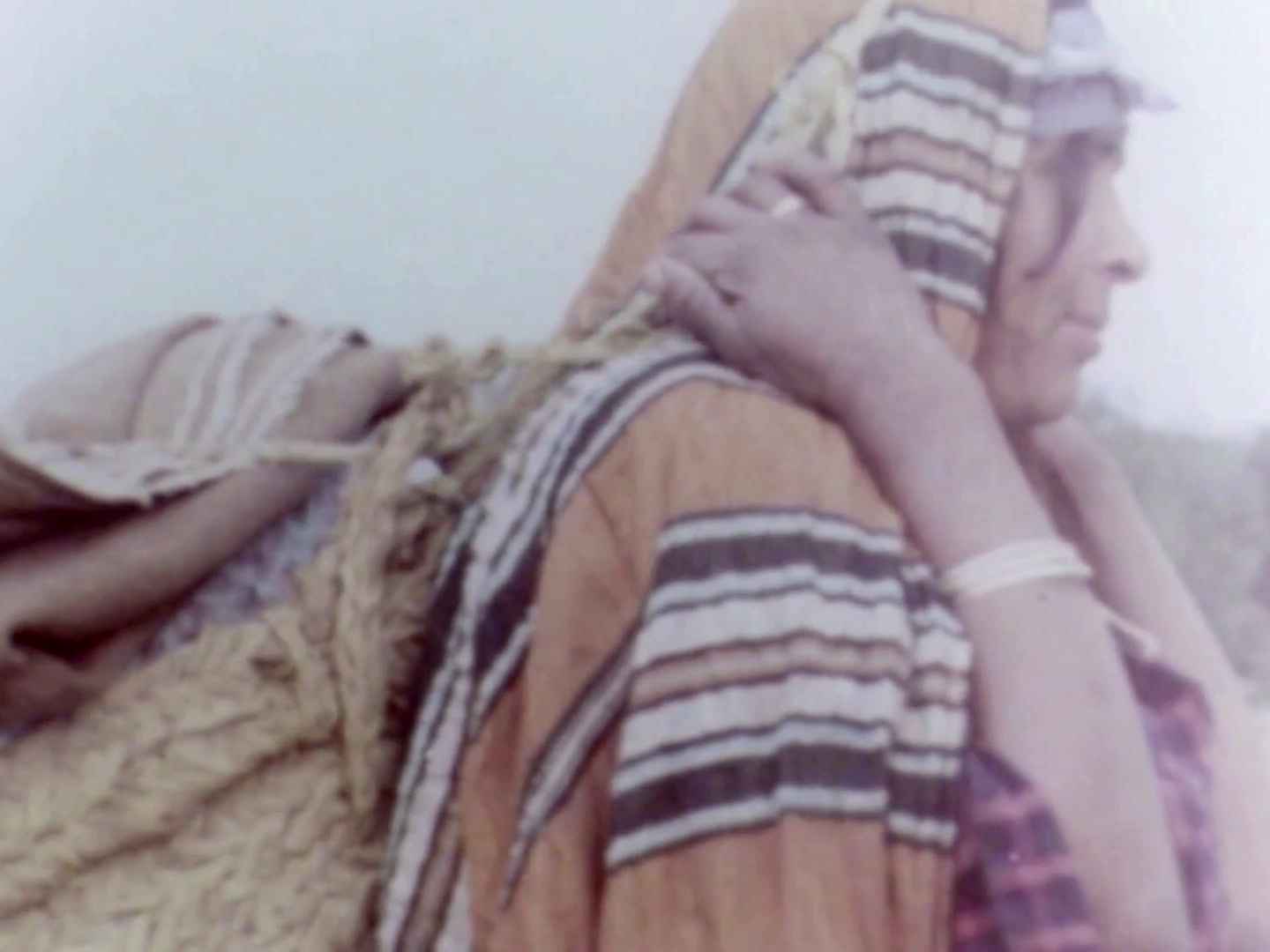 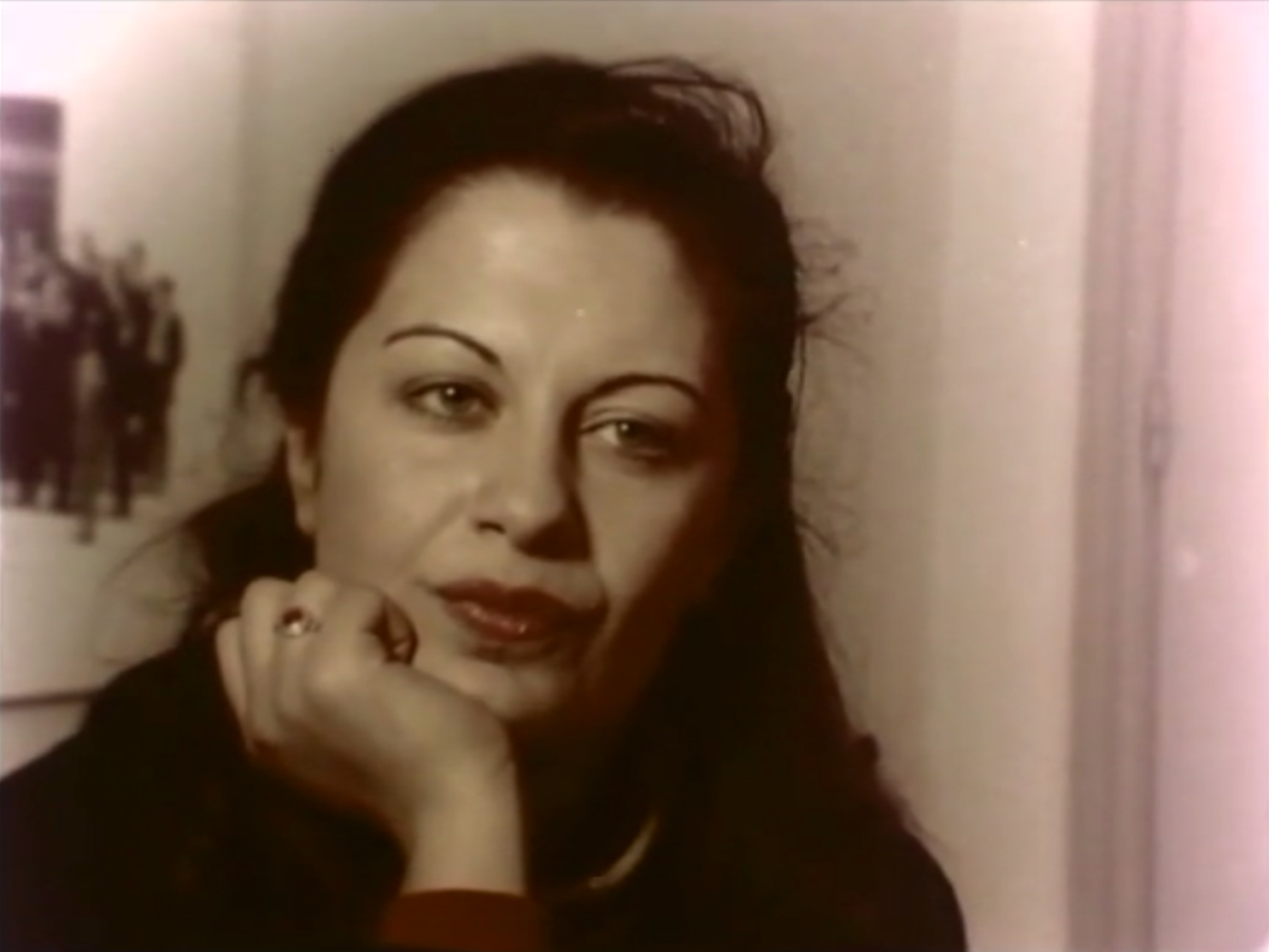