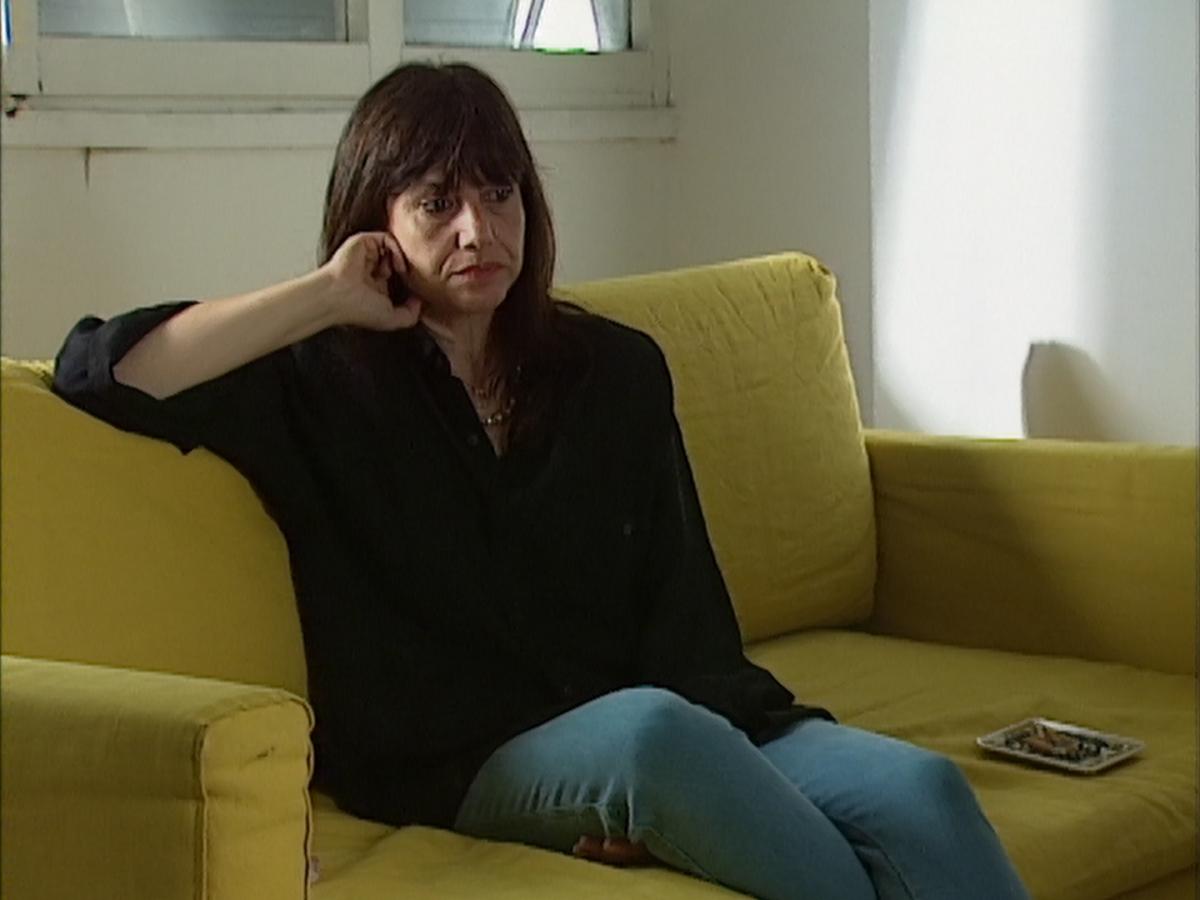 This is not one of the films I am used to. This one has no subject but rather an experience talked about by four collocutors. What we have in front of us are, simply, the answers: four women activists and one more – the one with the camera, asking questions. The difference between this and the other films I’ve seen becomes visible especially when we compare this art piece to other motion picture films which deal with the same topic. Most of the films with the word “revolution” in their titles are reducing a complex, extended and specific, not easily understood experience, to yet another sensation that should “make us think”, “excite” or simply entertain. A revolution rarely goes further than filming someone’s phantasm about a revolution, filming a prejudice our time has towards the possibility of its own end. A revolution is, thus, unimaginable – more un-thought of than unthinkable – and all those revolutions that dared to really happen, are bound to, judging by our sound reasoning, fail because they do not match with our phantasm about a revolutionary change. When we talk about revolution, we most often talk about precisely a phantasm. Saying the big “R-word” very often, being too quick to thematize it, put it on posters and billboards even, it becomes clear that we are not talking about a change in our experience but about the present spreading at the very notion of revolution, contaminating it and drowning at the end, absorbing it into its own self and judging according to its own criteria.

This particular film I wouldn’t call neither a motion picture nor a documentary. Perhaps the very experience of a motion picture is such that is seems like mostly staying outside when it comes to the experience of revolution. Even those, undoubtedly successful films, as are Godard and Žilnik’s films, constantly oscillate, among all, between three external points (in relation to revolutionary spirit): the author’s comment on the struggle and its participants, achieving a filmic believability of the plot and an effective film image (the scene). And precisely because of that aesthetic success of these films we don’t expect a replay of a revolutionary experience, but what we always expect from any good work of art – an aestheticized subjective author’s point of view towards the topic of their work.

However, this is not a classic documentary either. It barely has any documentary material interpolated into the conversation. A few shots from the trials are shown only in the introductory scene, but they are soundless, so they are put into the film crippled, edited, incomplete. The entire introductory scene is missing any sound. Even the rest of the film is done without any musical background to follow the interviews. This radical minimalist idea in fact comes between the viewer and the viewed. Giving up the usage of archive footages, the barrier of “specific historical situation”, which could set the shown experience in time and space of its happening, is breaking. By turning off the sound, reducing the shown to an enclosed space where there are only bodies and voices of the protagonists, the assumption of our subjective viewer’s detachment, our position expressed by emotions contained within the background music and by the distance implied in a double, parallel image and sound which doesn’t belong with it, is being erased.

Deducting some of the basic components of the film we get a story that is historically defined, but not objectively separated from us as something belonging to the past. Excluding the original photographs and footages connected with the Red Brigades’ actions is preventing the monotony of narrated experience and its musealization. Nothing of the narrated has anything documentary in itself, because a live confession doesn’t have to have anything compatible with the logic of the document. Similarly, these confessions are specific because they lack the closure of what we could call a subjective view and which emerges by evoking – only, the subject evoking and the one being evoked would radically differ from each other. These stories definitely are individual, but not personal in a way life stories we could identify ourselves with are, those which awake the empathy because they are told viewed from a “normal” position, close to us. What separates us from that is a complete focus on the “topic”, but also that the interviewed women subjectively haven’t given up. The viewer is not being offered just the expression of the live individual relation to the same, but former life experience which, by itself, overrides the subjective, but precisely the continuation of it unfolding. In a word, we hear and see four persons dived into a militant experience of illegal underground struggle, marked by it, marked, in fact, still, by their own choice. There is no distance, because the loyalty to the choice is what endures, what exists still, even when the time of struggle and incarceration, a result of that choice, ends.

And that is what the minimalist, carefully thought of, aesthetics of the film Do You Remember revolution? achieves. Its time is a time of decisions, the eternal presence of the inner space of the subject confronted with the possibility of ethical and political choice. The minimalism of the means creates a space for existential between the historical and the personal. And that is a space we all potentially share. In that space a viewer meets four voices, like hypothesis of the achievement of one's own freedom. Somebody made a choice which we didn't make ourselves, somebody risked joining their own life and freedom with their beliefs. And that space of subject's potential entering into the field of open struggle is a space of our inner truth and not of the Italy in the 70s.

“What would I do?” was my first reaction to the subjective presentation of those situations opened by decision. The speech of the protagonists is not representing four personal stories about Red Brigades but four individual aspects of reliving the same decision. And the editing contributes to this impression most directly. The expressions are interwoven following the chronological clock of being loyal to the chosen way of struggle. Each of the four voices makes the given picture complex and enriches it, showing that countless voices could emerge after them and that line naturally ends with the question “What should I do?”, here and now.

The aesthetics of this film, carefully used for ethical purposes, could be carelessly interpreted as the absence of an aesthetic. Which is not a coincidence. The filming process is well aware of itself and its role to be successfully put aside, turning into a perfect medium for the interviewed women's messages. However, the form is not natural and it doesn’t retreat, simply, in front of the authenticity of the content. It enables it to be heard and with great effort in reducing the tension between the elementary formal requests of such a medium and the statements which are the contents of the film. And one of the voices equally heard is, by all means, that of the author, the voice of the fifth collocutor. The minimalism enables the silence every sound so that we hear Barbara, Susanna, Adriana, Nadia and Loredana dived into the experience of Red Brigades’ actions, that their every sentence and movement sound strong and clear, as an object – whether we agree with them or not – and remind us of the loneliness and strength in which they existed in their time while simultaneously asking that we take responsibility in our own. 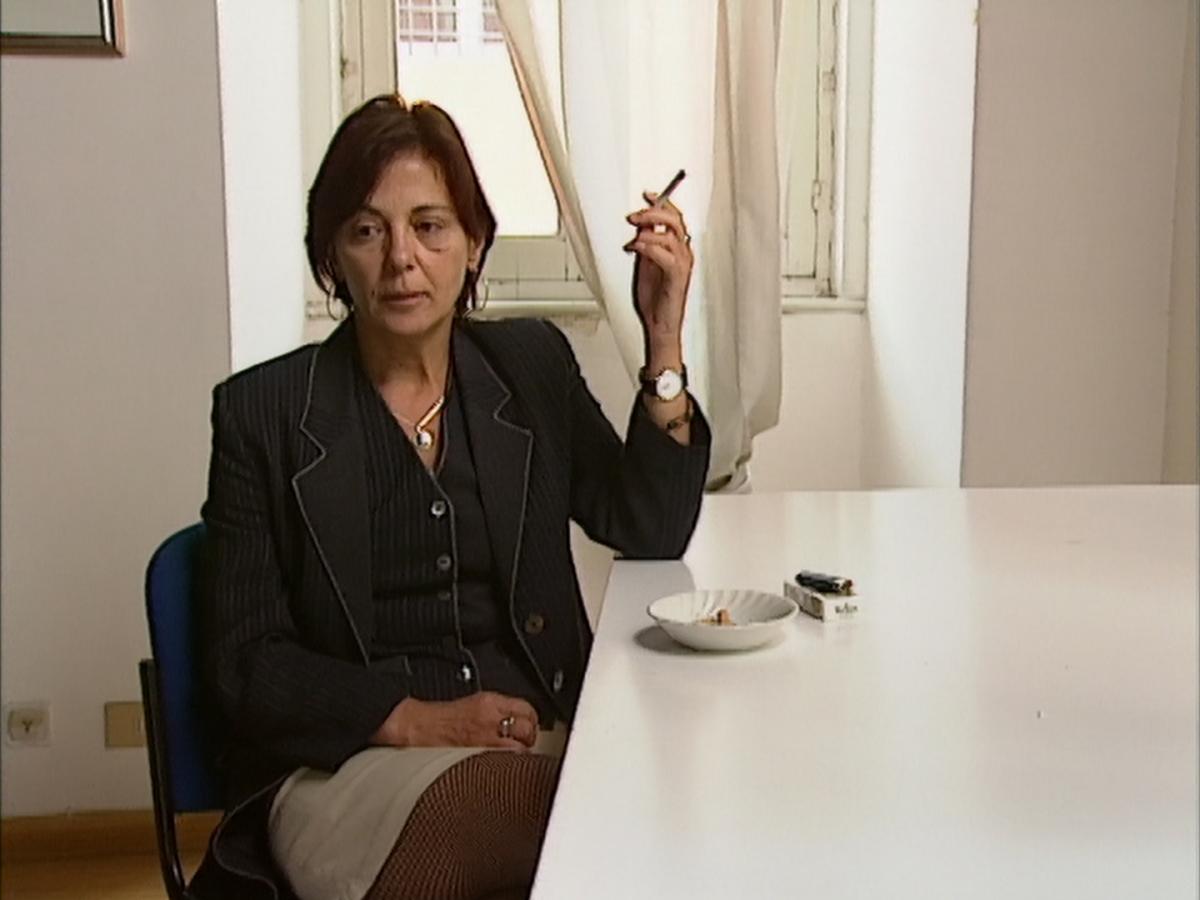 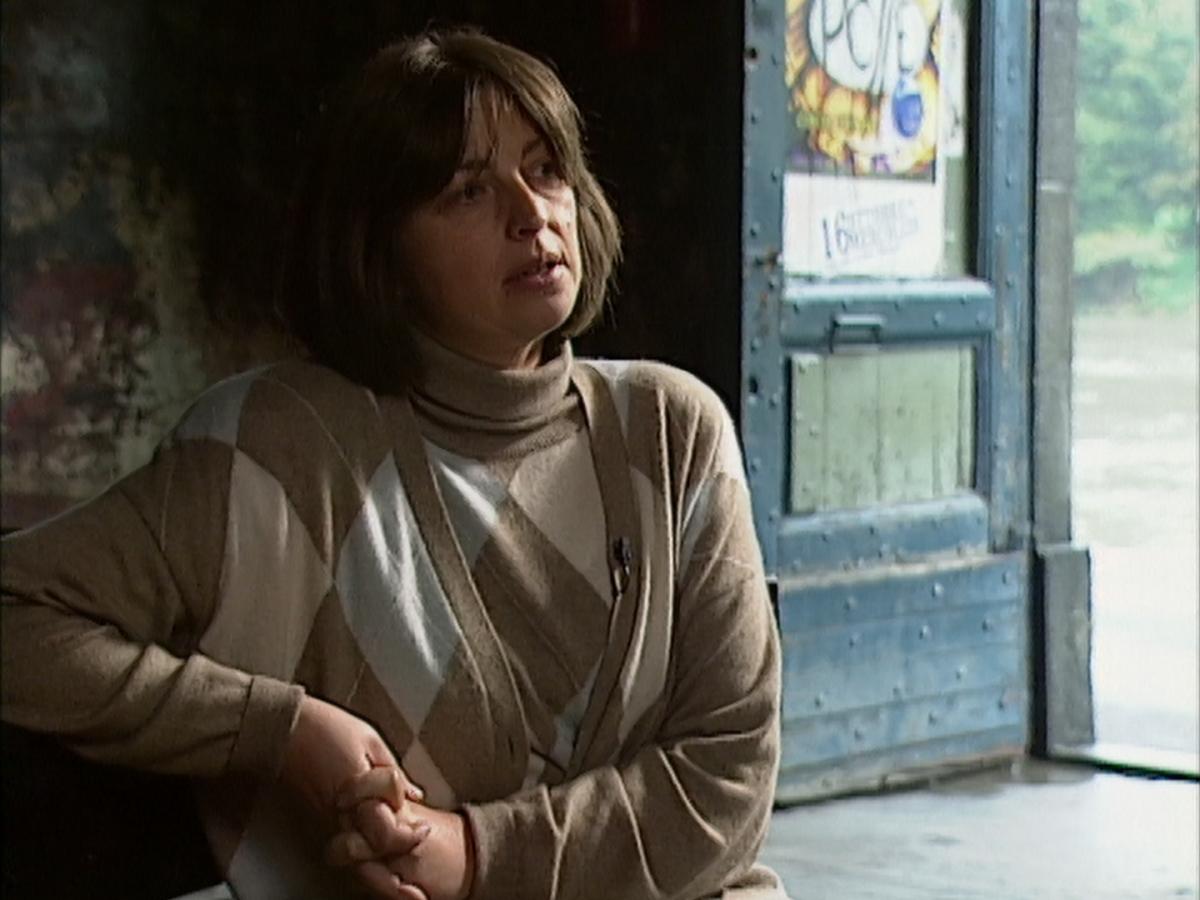 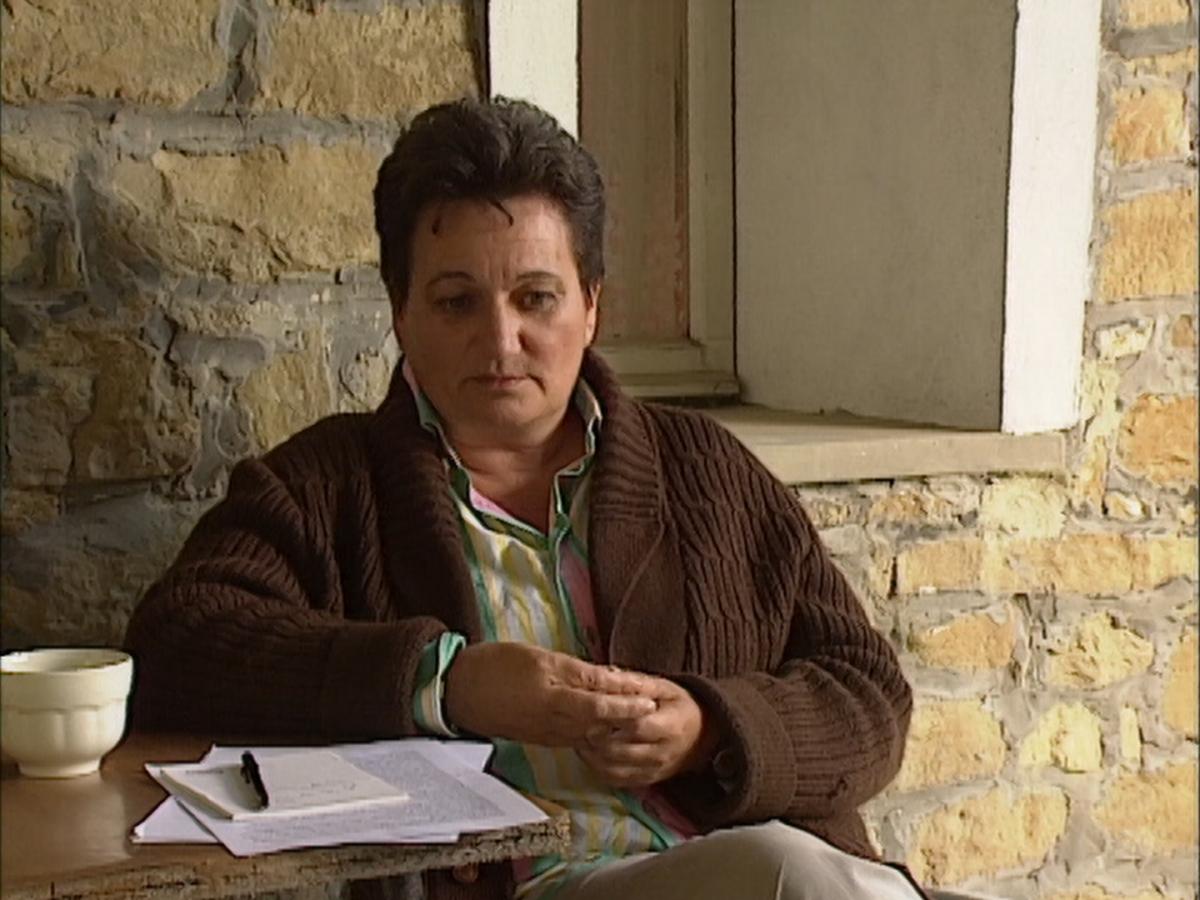 In Italy, in the mid-seventies, Adriana, Barbara, Nadia and Susanna were 20 years old when they decided to join the armed struggle and leave behind their social life and their families in order to make the revolution the center and the aim of their existence. They decide to join the Red Brigades, often seen as the largest communist terrorist organization in post-war Italy, becoming central figures in the movement. After having returned after many years in prison, filmmaker Loredana Bianconi films these four women as they try, each one of them, to recount their own experiences. In Do You Remember Revolution (1997) they speak about the political reasons which initially sustained them, the conflicts, the doubts, and the moments of being torn apart which market out their lives as women caught up in the vortex of war. A course of events which ended in the condemnation of the armed struggle and the pain of the lives that were destroyed – their victims’ lives and their own. As of today, Do You Remember Revolution is worldwide available on Avila for online screening.

In mid-August 2014, Loredana Bianconi was a guest in Belgrade at the invitation of the Edicija Jugoslavija samizdat, the Belgrade Philosophy Students' Association and a poetry group gathered around the self-published Caché edition, on the occasion of the screening Do you Remember the Revolution in the space of the Serbian Literary Society. This text was written on the occasion of this screening, and was originally published in a small bulletin for the Museum of Contemporary Art in Ljubljana, Slovenia,

With thanks to Bojan Vasić and Loredana Bianconi 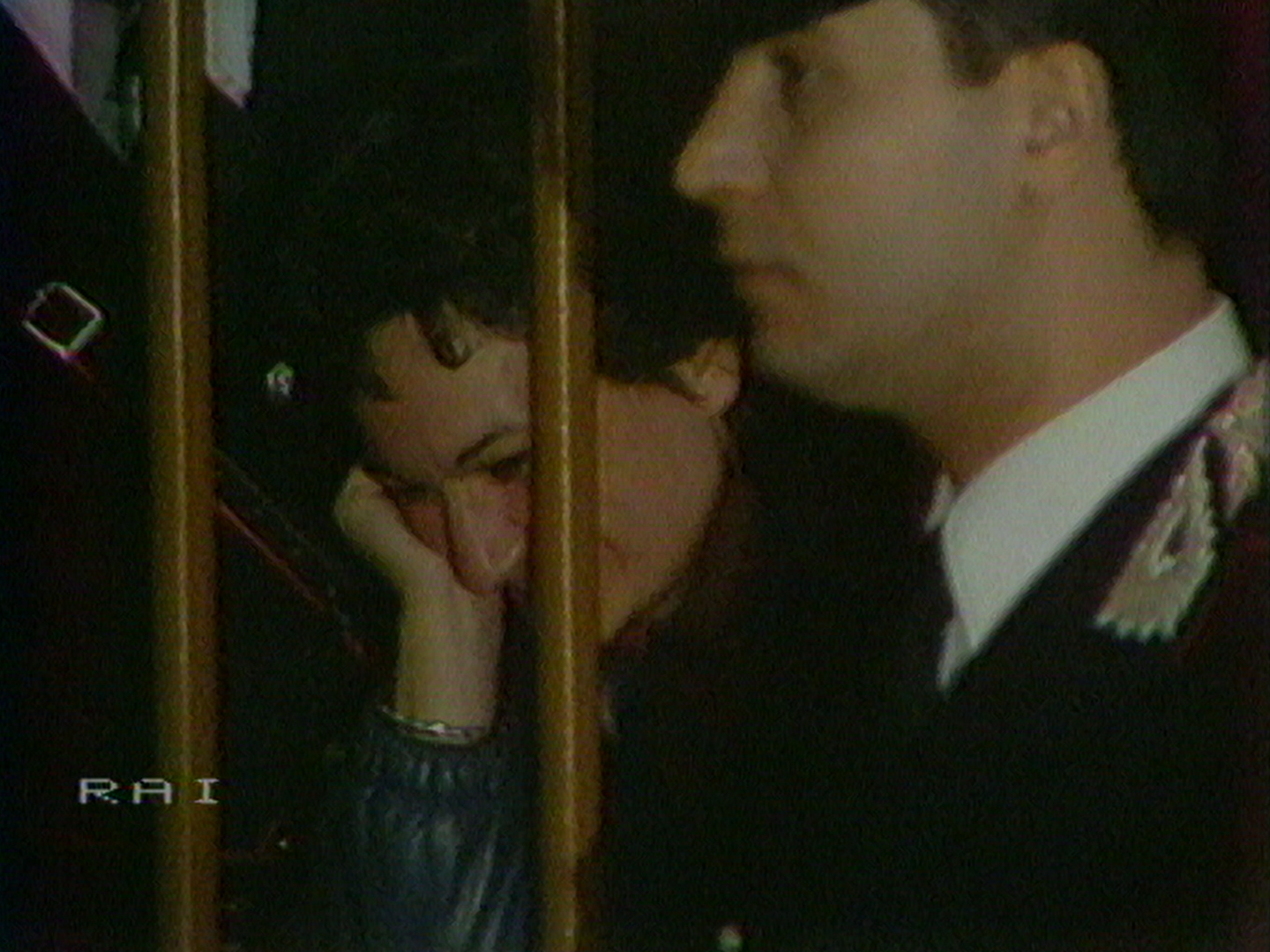 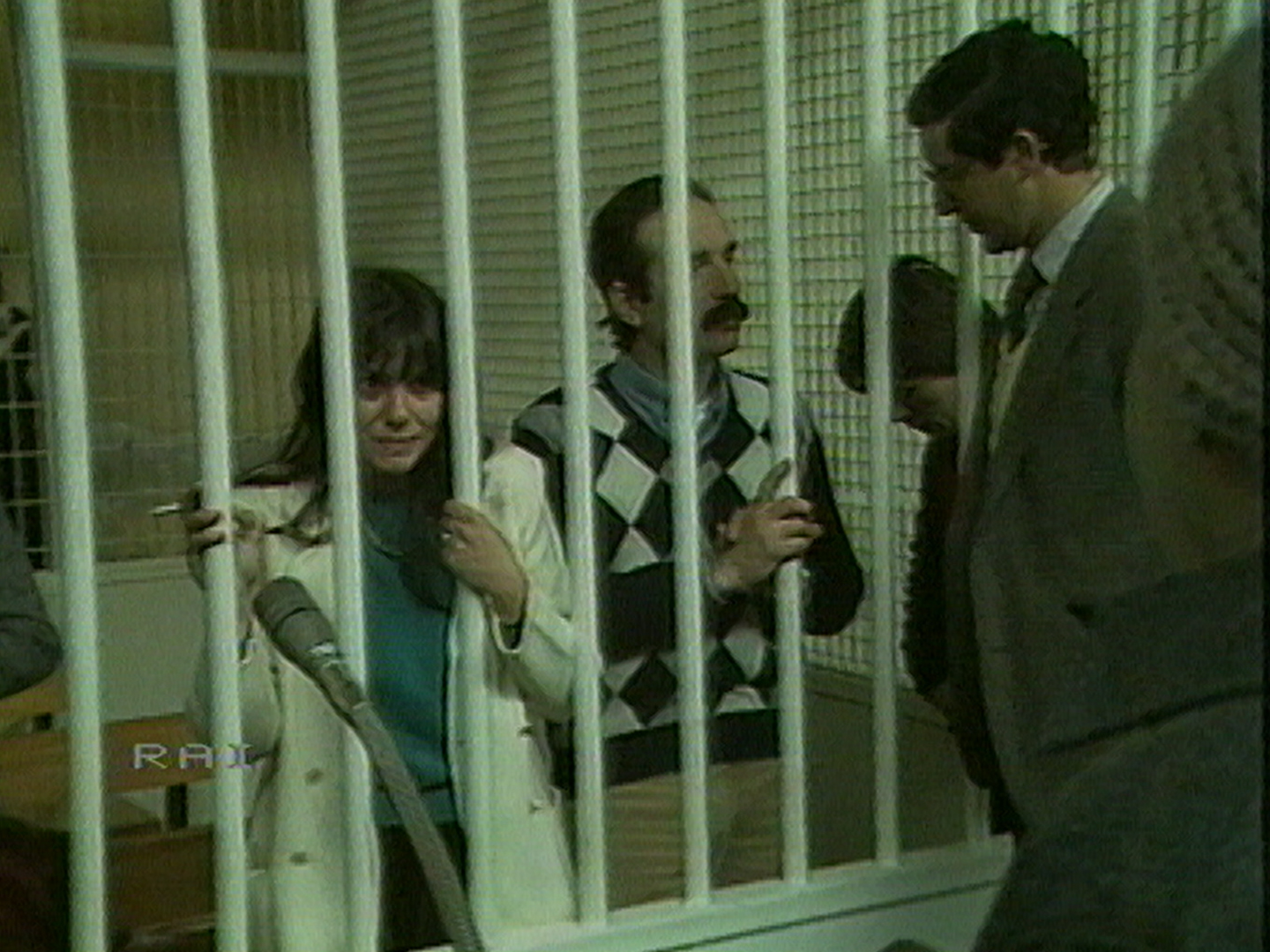 In Italy, in the mid-seventies, Adriana, Barbara, Nadia and Susanna were 20 years old when they decided to join the Red Brigades, often seen as the largest communist terrorist organization in post-war Italy. After having returned after many years in prison, filmmaker Loredana Bianconi films these four women as they try, each one of them, to recount their own experiences. In Do You Remember Revolution (1997) they speak about the political reasons which initially sustained them, the conflicts, the doubts, and the moments of being torn apart which market out their lives as women caught up in the vortex of war. Bianconi: “A journey that leads to the condemnation of armed struggle and the pain caused by the destruction of lives – the lives of victims and their own.”