PRINT
Article NL FR EN
Farrebique, or the Paradox of Realism
André Bazin 1947
Translated by
Dossier
The Case of Farrebique 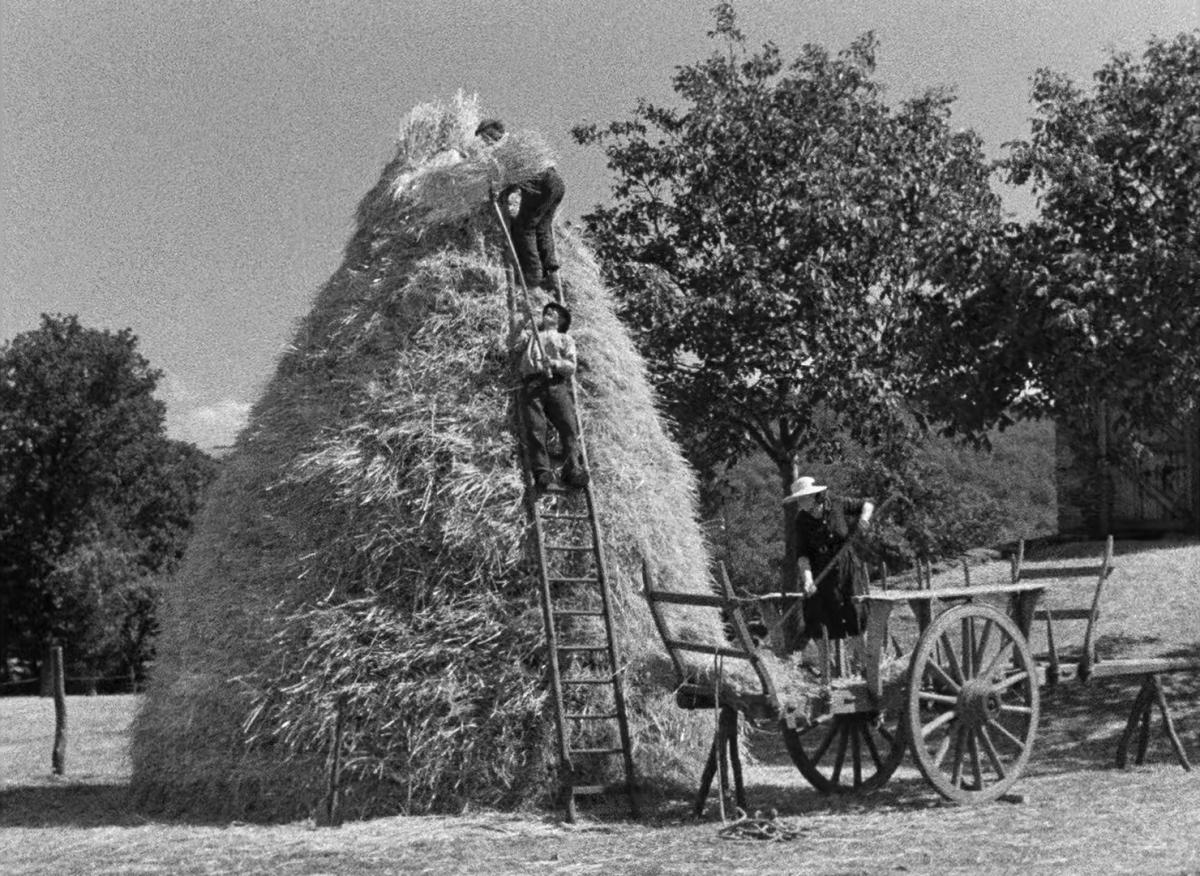 The commendable bias of Farrebique’s supporters, on the one hand, and the bad faith of Henri Jeanson and the few “anti-Farrebiquians” who took a polemical stance in the press, on the other, ultimately conceal a range of opinions that are far more moderate when expressed in private. Except for two or three idiotic judgments about the banality of Farrebique’s realism, everyone recognizes the exceptional significance of this film. People only disagree when it comes to estimating the relative importance of certain weaknesses in a work that is not perfect in every way. The film could be criticized, for example, for partly betraying its documentary intentions by neglecting the economic relations of the farm and the town. And opinions may also differ on the “poetic” part of the film. As I see it, this is its most questionable aspect, even though some parts, such as the depiction of winter, work perfectly well, and the funeral rightfully belongs in the anthology of memorable cinematic funerals. But the personal interpretations and the poetic transpositions into which Rouquier ventured more than once during the course of the film, are subject to value judgments which the core of the work manages to evade. One must clearly distinguish in Farrebique between what pertains to the poet’s personal sensibility – the reliability of his taste – and the very principle of the work, the initial and definitive discovery that constitutes its profound originality. I hasten to note that I consider Rouquier to be a poet, and that the purely logical distinction I am making is not meant to minimize the things that Farrebique owes to its creator’s sensibility. I just think it is important not to confuse relative and debatable qualities with a discovery that is objectively indisputable and from which cinema can benefit in all domains, not just the bucolic.

One could almost say that Farrebique’s value is less aesthetic than moral. It took more than just courage to bring this adventure to a successful conclusion: the unwavering determination to remain true to his initial intention. Farrebique is an ascetic undertaking whose purpose is to strip reality of all that is not reality, especially the parasitism of art. The game was worth the candle. It took more imagination and perseverance than you think to discover the rules and observe them without fail.

Some will say (or have already written, alas!) that it’s no use going to such lengths to end up at the beginning. “For an hour and a half,” Mr. Jean Fayard essentially writes, “I saw cows dropping dung, peasants eating, rain falling, mud sticking to clogs...” To Mr. Jean Fayard, events of so little significance seem unworthy in themselves of appearing in a cinematic work. Mr. Jean Fayard thinks it’s easier to just go to the country, and more generally that he doesn’t need to go to the cinema to see things as they are.

Before responding to this objection, I would first like to point out that cinema has never not claimed to show us things as they are. An old peasant woman says in Jules Renard’s diary, “In the cinema, you always believe it’s true.” Except for a few films in which the filmmakers systematically tried to avoid realist sets, most of cinema’s effectiveness, even in fantasy films or fairy tales, is based on material verisimilitude. The technical objectivity of photography finds its natural extension in aesthetic objectivity. That is why the history of set design, after the heresy of expressionism, has spent the last thirty years returning to realism over and over again. Marcel Carné did not have Trauner build some made-up Barbès-Rochechouart metro for Gates of the Night. Not one grate bar is missing. The role of the art director of modern cinema is to invent the most credible setting for a given script, the setting that provides maximum dramatic support, no doubt, but that also situates the plot in a credible backdrop. Gabin’s room in Daybreak [Le jour se lève] is a masterpiece of documentary precision in its representation of the dwelling of a working-class bachelor in a suburb of Paris.

So don’t criticize Farrebique for its realism, unless you want to criticize all of cinema.

If anti-Farrebiquians now object that the general realism of cinema is only art if it is artificial, planned, reconstructed, and chosen, not for its own sake but as an element of the dramatic work it serves, then I would make another point.

Is it so sure that this subordination to the aesthetic project (dramatic or otherwise) that transcends it hasn’t gradually distorted our very sense of reality in cinema? There’s no lack of so-called realist films, whether they are news stories or slices of life. There’s not even a lack of peasant films. Why is Farrebique the odd one out? That’s where, for me, Rouquier’s genius comes in, his egg of Columbus. He understood that verisimilitude had gradually taken the place of truth, that reality dissolves in realism. He painstakingly set out to discover it, to bring it back to light, to bring it up naked from the well of art.

Some criticize Farrebique for being ugly. The men and women in it aren’t very good-looking. The landscape of Rouergue isn’t very remarkable. The houses are dirty, for reasons having nothing to do with style. The village square that we see on a Sunday morning before and after mass is depressingly banal. There are plenty of villages in France whose picturesque history and geography would have provided Rouquier with the intrinsic beauty to justify the film’s documentary interest. Henri Jeanson becomes moralistic and patriotic, deploring the image that Farrebique will give abroad of French peasant life: “They live like animals, without any hygiene, and express themselves in broken French.” (Jeanson is probably referring to their patois.) But it is clear that Rouquier could not have brought his project to a successful conclusion with material whose very beauty would have distorted the camera’s chemical reaction. A beautiful landscape, a little Romanesque church, and some folk entertainment would have turned us away from nature, from the village, from this gathering of young men whose fun and games are limited to half-drunkenness on Sunday evening, in some bistro room soiled with flies. Deprived of horror and the picturesque, Georges Rouquier’s reality is in a neutral zone that minimally seeks our admiration or pity. This reality is nothing but itself, the very type of reality about which artists have nothing to say. And yet, that is exactly where Rouquier focuses his attention, his camera performing a mysterious and paradoxical photographic operation at the end of which we are left with nothing but the knowledge of reality.

As for the public, that famous public you’d expect to be as bored as Mr. Jeanson, I confess that, after two private screenings of Farrebique, I was very much afraid, despite my admiration for the film, that the public would get bored. I even believe that Rouquier himself wasn’t very sure that wouldn’t happen. It took me seeing the film among spectators who had paid for their seats (and who were not millionaires) to understand that, although it had no story and no stars, this film contained an almost demagogic charm, and that the audience was deeply sensitive to the pleasure of simply recognizing things. We had seen the countryside a million times in the cinema, serving as a background for the actors or as a pretext for the cinematographer’s skill, even the snow, when it wasn’t made of boric acid, serving as a pictorial or dramatic element (as in Pastoral Symphony), and the sheep wearing imaginary plot ribbons around their necks. In Farrebique, however, reality is never entirely subordinate to the story or to art; it exists first and foremost for its own sake. In the wonderful poem of winter, Georges Rouquier’s montage never elevates things to the level of abstract symbols (I have to admit that he is less successful in the spring sequence). The frost-fringed telegraph wires, the dog running around in the snow, and the ice in the rut cracked by the man’s clog are mere facts, no doubt banal and many, but not at all general. Rouquier retains their total singularity. Take the fireplace for instance. There is no lack of fireplaces in cinema, and many were photographed better than this one. In It Happened at the Inn, the Emperor pokes the fire just like the grandfather in Farrebique. Only the grandfather’s fire is a real fire, whose flames do not appear on command at the scene shifter’s clapperboard, which everyone notices because the green logs bleed and puff and moan with sap. Is there anyone with a childhood containing indelible memories of fire that dares to claim that this wasn’t the first time they recognized on the screen the singular and vast mystery of fire and wood? The audience for one cannot be fooled: they recognize the muddy puddle on the sunken road that stains their city-dweller shoes when they’re on holiday at the farm of a brother-in-law. They recognize the aunt, the haberdasher, or tobacconist in the small town in Central or South-West France where their parents were originally from. They recognize the shapeless fairground, its lime trees and balding yellowish grass. They recognize all their experiences had they been peasants one or two generations ago. They recognize this slightly ridiculous and nostalgic world that they vaguely feel they have betrayed, this world of the land, of men and animals of which their memory has retained troubling memories of childhood and paid leave. No, or hardly any, story, no stars, no actors, nothing but a reality that everyone, in the secrecy of their good or bad conscience, personally recognizes. “Look,” the first spectators of the Lumière cinematograph exclaimed, pointing to the leaves of the trees, “look, they’re moving.” What a long way cinema has come since those heroic times when crowds were still satisfied with the rough reproduction of a branch quivering in the wind! And yet, after fifty years of cinematographic realism and a much higher level of realism, it only took a little genius to give back to the public that simple and elementary joy that romantic and dramatic cinema no longer provided: that of recognition.

That is why, despite its flaws, its kind of paradoxical and outdated aestheticism, its slightly awkward story, and its undeniable but uneven sense of poetry, I consider Farrebique a major event. One of the very few French films, together with Malraux’s Man’s Hope, that had a premonition of the realist revolution that cinema needed. This revolution has broken out in Italy quickly, and filmmakers there have managed to draw such perfect lessons from it in less than two years that I fear they are already concealing their conventionalism.

Milestones: Farrebique ou les quatre saisons takes place on Thursday 18 February 2021 at 19:30 on Sabzian. You can find more information on the event here. 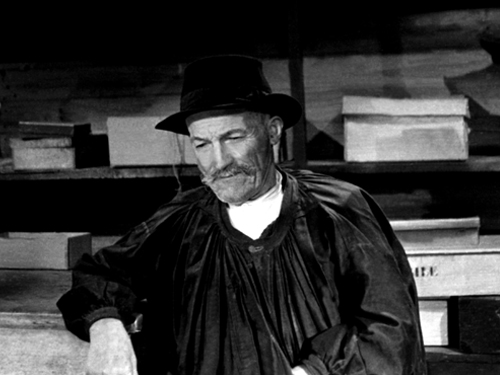 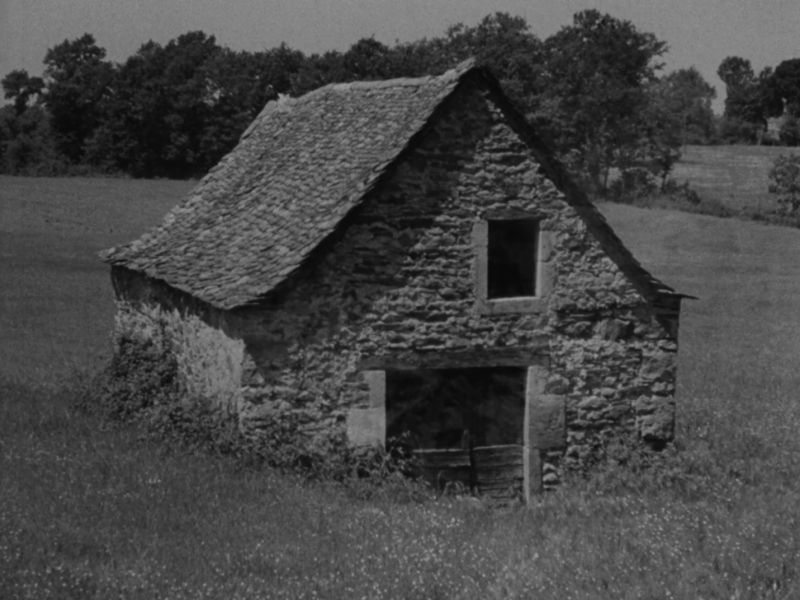 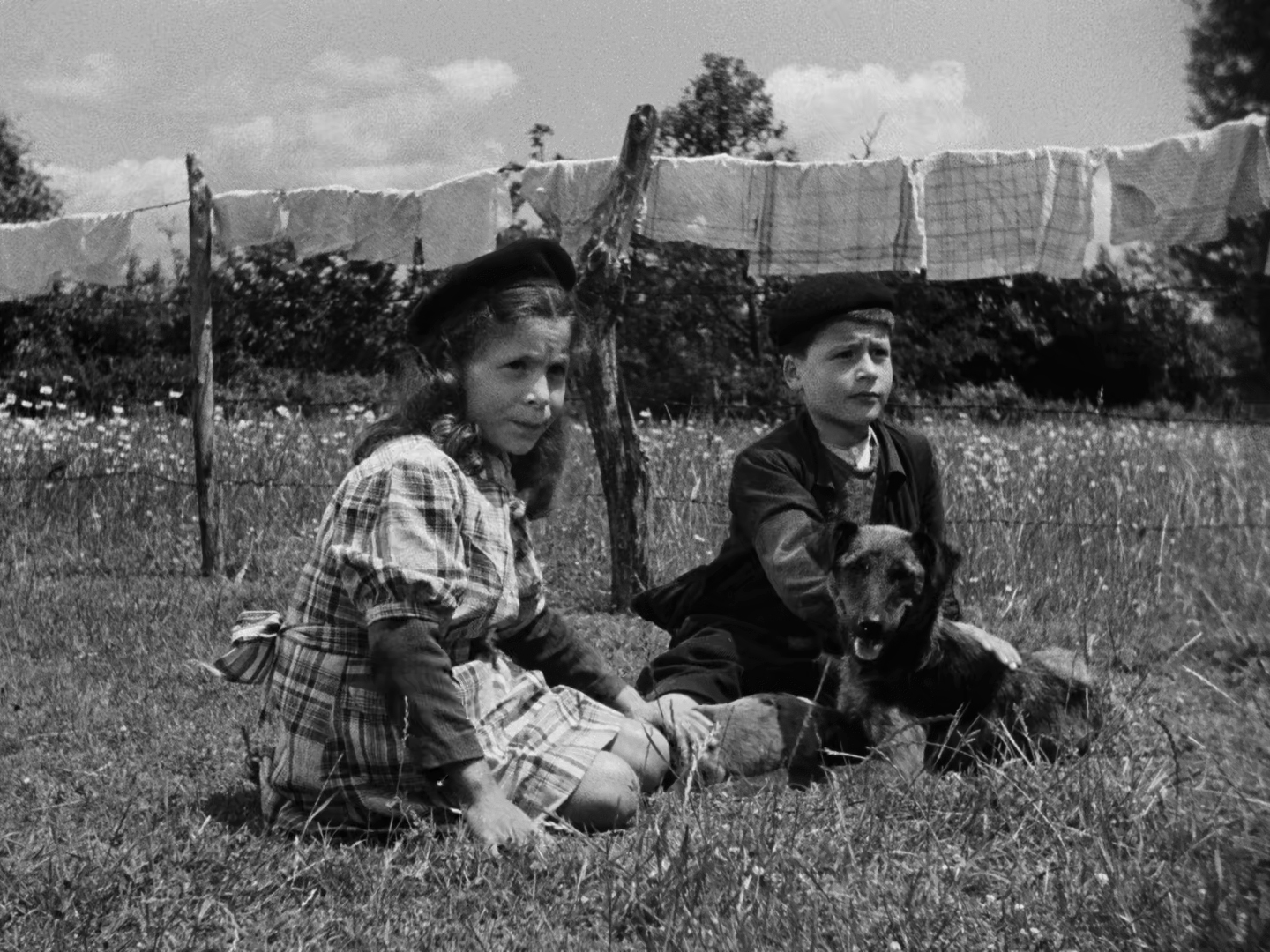