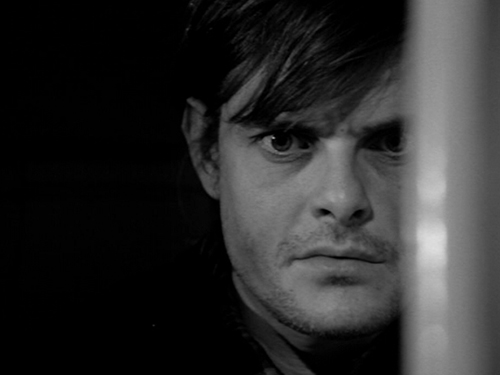 “You are the sun. The sun doesn’t move, this is what it does. You are the Earth. The Earth is here for a start, and then the Earth moves around the sun. And now, we’ll have an explanation that simple folks like us can also understand, about immortality. All I ask is that you step with me into the boundlessness, where constancy, quietude and peace, infinite emptiness reign. And just imagine, in this infinite sonorous silence, everywhere is an impenetrable darkness. Here, we only experience general motion, and at first, we don’t notice the events that we are witnessing. The brilliant light of the sun always sheds its heat and light on that side of the Earth which is just then turned towards it. And we stand here in it’s brilliance. This is the moon. The moon revolves around the Earth. What is happening? We suddenly see that the disc of the moon, the disc of the moon, on the Sun’s flaming sphere, makes an indentation, and this indentation, the dark shadow, grows bigger... and bigger. And as it covers more and more, slowly only a narrow crescent of the sun remains, a dazzling crescent. And at the next moment, the next moment - say that it’s around one in the afternoon – a most dramatic turn of event occurs. At that moment the air suddenly turns cold. Can you feel it? The sky darkens, then goes all dark. The dogs howl, rabbits hunch down, the deer run in panic, run, stampede in fright. And in this awful, incomprehensible dusk, even the birds... the birds too are confused and go to roost. And then... Complete Silence. Everything that lives is still. Are the hills going to march off? Will heaven fall upon us? Will the Earth open under us? We don’t know. We don’t know, for a total eclipse has come upon us... But... but no need to fear. It’s not over. For across the sun’s glowing sphere, slowly, the Moon swims away. And the sun once again bursts forth, and to the Earth slowly there comes again light, and warmth again floods the Earth. Deep emotion pierces everyone. They have escaped the weight of darkness.”

“There is a whole history of idiocy as a figure apt to blur the game of explanations and strategies. Of course Dostoyevsky comes to mind and there is something of Myshkin in the Valuska of Werckmeister’s Harmonies. Dostoyevsky constructed the figure of the idiot as an antidote to the progressivist-socialist view of history that he saw emerging. In contrast to Béla Tarr, who arrived after the historical sequence of ‘real socialism’, he sought in the figure of the idiot to preserve a figure of refusal, to save it from the disaster of the system. The question that traverses Béla Tarr films and is emblematized in these figures of idiocy is to know whether one draws from the communist failure a simple lesson of the nihilist equivalence of everything with everything else or whether one extracts figures of refusal out of nihilism. What appeared clearly at the time of the collapse of the Soviet Bloc is that the supposed ‘ideological cement’ linking individuals to a system of domination was nothing other than people consenting to pay lip service to the official lie. Against this consent to the lie, Béla Tarr sets figures of idiocy that do not accept that the promise of words is only consent to lying and the madman that does not renounce the promise of harmony present in the celestial system. This attitude can be defined as proto-political, in the sense that through their stubbornness these characters radicalize a decision prior to all political action – the decision to verify through one’s own actions that not everything is a lie. But it scarcely makes sense to oppose this ‘stupid’ stubbornness to the intelligence of a strategic aim. Only things that actually stand opposed really ought to be set against one another. And the complement that Valuska lacks that would allow a real political subject to emerge is not some strategic aim. All that he stands opposed to is general cowardice and petty individual arrangements.”

“Hey, the whole fucking film is about three main characters. All three of them have some kind of a relation to eternity. Valuska has a connection to cosmos, Eszter has a connection to clean voices and the whale is coming from a far ocean. And all of them are connected to eternity. And we had seen the other side of their daily lives than their daily interests and the shit of the people – how they are killing, eating those people and those characters like the whale.” 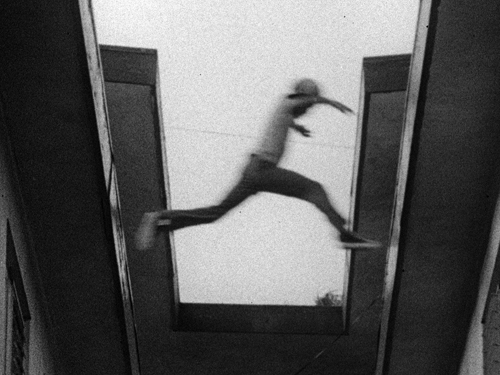 Stoffel Debuysere’s thesis manuscript entitled Figures of Dissent. Cinema of Politics / Politics of Cinema. Selected Correspondences and Conversations can now be found on the website of the Ghent University. 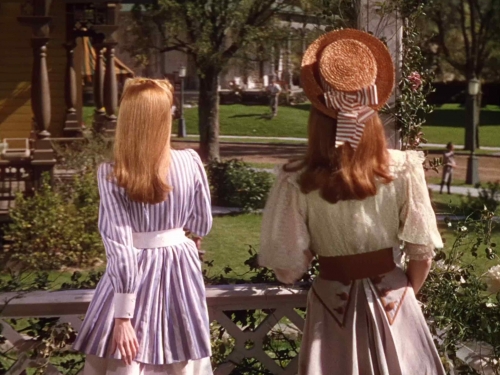 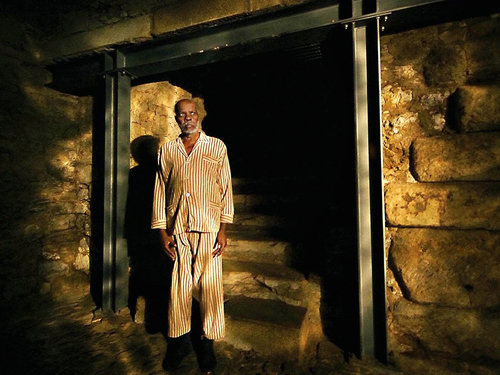