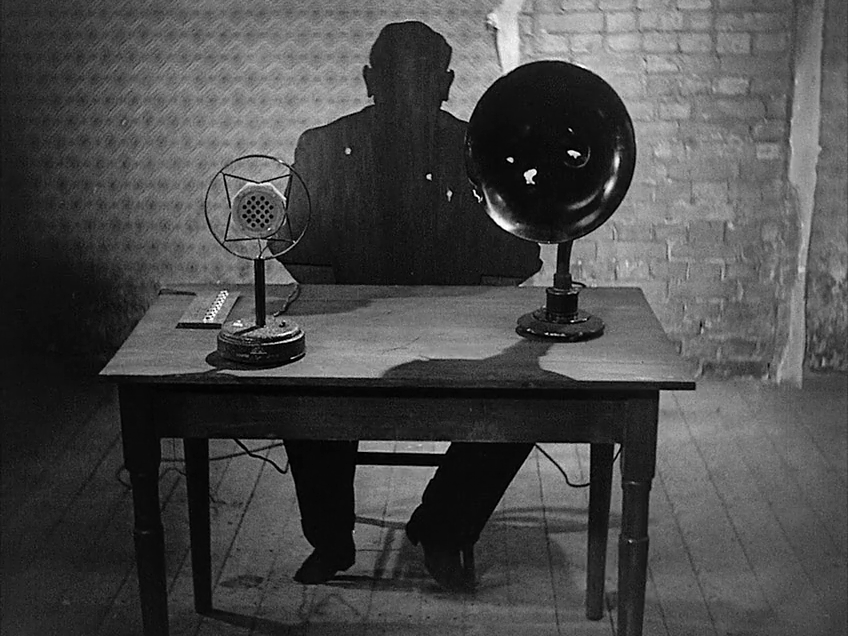 Locked away in an asylum for a decade and teetering between life and death, the criminal mastermind Doctor Mabuse has scribbled his last will and testament: a manifesto establishing a future empire of crime. When the document’s nefarious writings start leading to terrifying parallels in reality, it’s up to Berlin’s star detective Inspector Lohmann to connect the most fragmented, maddening clues in a case unlike any other.

"When humanity, subjugated by the terror of crime, has been driven insane by fear and horror, and when chaos has become supreme law, then the time will have come for the empire of crime.”

“In his next picture, Lang, still pursuing his constructive-destructive thesis, still aggressive and critical, turned once more to that awesome old tyrant Mabuse, and created an almost evangelical testament against the prejudices, incrustation, and basic injustices of the Nazis (The Testament of Dr. Mabuse). Once again, however, the guilty protagonist, because of his madness, escapes punishment. Mabuse (played by Klein-Rogge) trades the guillotine for the padded cell, and in fact actually reaps a sort of revolutionary esteem.”