Let’s face it, westerns aren’t taken seriously! Sure, there is no shortage of intellectuals declaring their love of westerns. One hears plenty of distinguished old gentlemen proclaiming it loudly. But even without looking for the posturing this declaration of faith entails (ask for titles and you will find that these self-proclaimed “western lovers” only see one or two a year!), one can be almost certain that it is based on a misunderstanding. Most often, this love is in fact nothing but a tenderness towards the supposed puerility of the genre (which is then held in some way to be the extreme expression of the specific puerility of cinema); cultured people also like to justify popular pleasure with an indulgent paternalism. It even happens that they do not hesitate to pretend they share the pleasure. Sometimes sincerely, but it is with a nostalgic longing for their childhood which they would so gladly feel reawakened inside themselves. Nothing is more typical of this view of the western than the use made of it, particularly by television.

Indeed, as I have said, most cultured and conscious viewers struggle to take westerns seriously. The idea of a western film that deserves as much admiration or reflection as the best cinematographic works, seems to them contradictory or at least paradoxical. There are of course exceptions: Shane or the famous High Noon, but in that case one could argue that it is more than just a western! And, indeed, High Noon is a moral tragedy – and a very beautiful one at that – dressed up as a traditional western, whose entire success rests on the possibility offered to the viewers of feeling intelligent while capitalizing on their puerility. Actually, this promotion of the western supposes an implicit contempt for the genre, since the traditional characters alone are deemed insufficient for our esteem.

Incidentally, the most common attitude of film criticism itself reinforces this ambiguous situation of the western. Lesser standard westerns are not criticized. High Noon-style “higher westerns” are, insofar as they lend themselves to intellectual or aesthetic speculation, but the real quality westerns in between – when not going completely unnoticed – more often than not suffer a crossfire of hasty, superficial, and contradictory opinions. This is what recently happened to the admirable The Man from Laramie by Anthony Mann, the best current western-specialist, about which one could read the most bewildering opinions. And the fact that Apache is no longer an unknown film is only by retroactive effect and because its director, Robert Aldrich, has moved to the forefront of American production over the past two years. But it would be nice to look for what was written about Apache when it first came out. 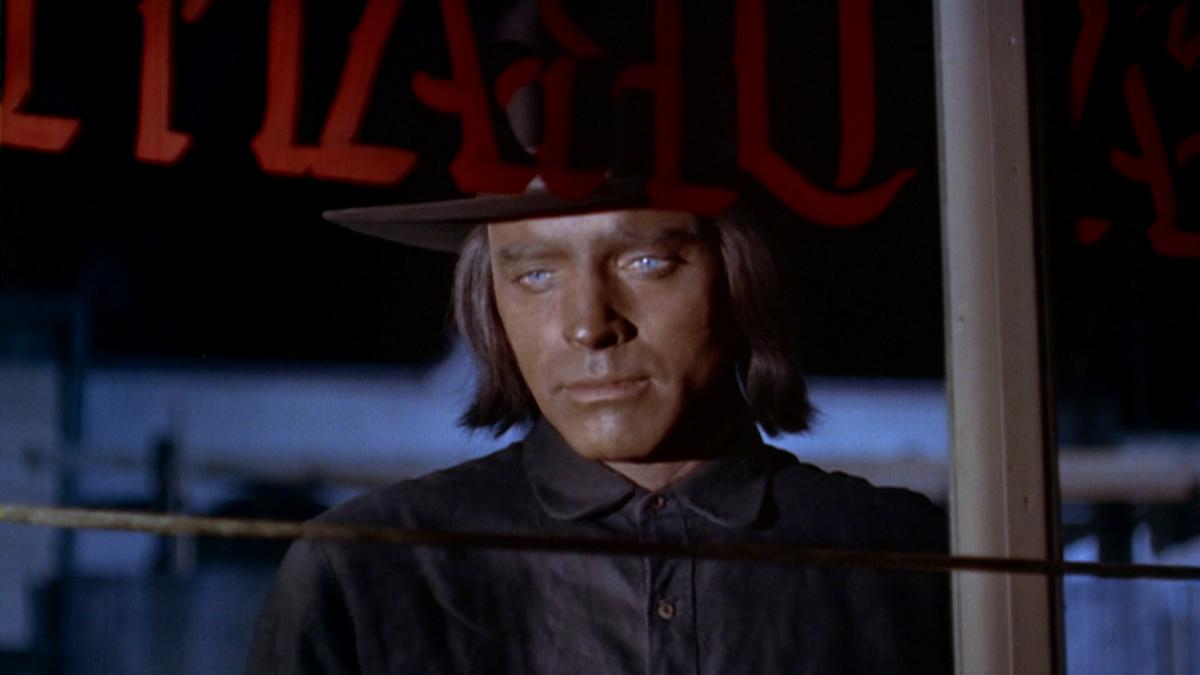 The uncertainty of the criticism of westerns has several causes. First, journalists are intellectuals and as such are subject to the prejudices outlined above. A second reason is due to the ignorance in which we in France generally find ourselves with regard to the historical truth of the western, or at least of the best westerns. Where we, once again, descry a combination of naivety and convention, the American public often recognizes very precise episodes from its history. And even when the scenario is not drawn from a particular historical event, the fact remains that the material and social context of good westerns possesses a quasi-documentary value; while we are sensitive to the sometimes bewildering liberties taken by Hollywood with respect to French history, we conversely gladly take for pure filmmaker’s fantasy what is in fact a relatively faithful reconstruction of the old American West, in its material reality and moral life.

But above all, the greatness of the western is misunderstood, since its true message is entirely implicit and integrated into its dramatic and lyrical themes. At once a chanson de geste and an odyssey of America, the western sings of the strength, courage, and virtue of (American) Man, seized in this nascent state of the nation, where out of chaos must emerge the order, justice, and wealth of a future society.

Hence the Manicheism of the western, a moral epic in which good and evil are affirmed together and so laboriously separated! Beyond an epic, the western is also a tragedy insofar as the simplicity of the law necessary for social order can never coincide exactly with the qualities it requires from those who create it – often at the cost of their own lives. Many westerns are based on the very fatality of this contradiction (Stagecoach in particular), which is not so different from the contradiction that tears at the heart of our Rodrigue.

But because in literature, epic and tragedy are conveyed through language, we ascribe to them certain poetic, moral and intellectual virtues that we deny the image. The entire message of the western is conveyed through action or contemplation, never through reflection... Brawls, horseback riding, and all kinds of feats are the always active and moving themes that are fixed in advance and in which virtues must once again be revealed and conflicts resolved. But this action takes place in a landscape that man never leaves, since it is also the object of his conquest. Of his conquest, but also of his love! Hence the essential characteristic of the mise-en-scène of westerns: lyricism. Of two westerns with seemingly equivalent scenarios, the better one will always be the one that proves capable of making man’s presence in nature sing. Hence also the difficulty of criticism, for how can we define the quality of this contemplation, which is after all what distinguishes the true poets of the western – Anthony Mann, Nicholas Ray, Raoul Walsh – from mere makers such as George Sherman?

Go see westerns, pay attention to their auteurs, and little by little you will be rewarded. At first by the ever-increasing pleasure you will receive there, and one day you will be able to judge westerns properly, by a few of those indefinable and infallible signs, such as the simple poetry that the director manages to bring to a horse-rider moving across the screen. You will no longer wonder whether the western is worthy of your esteem. For you will have held it in high esteem for a long time. 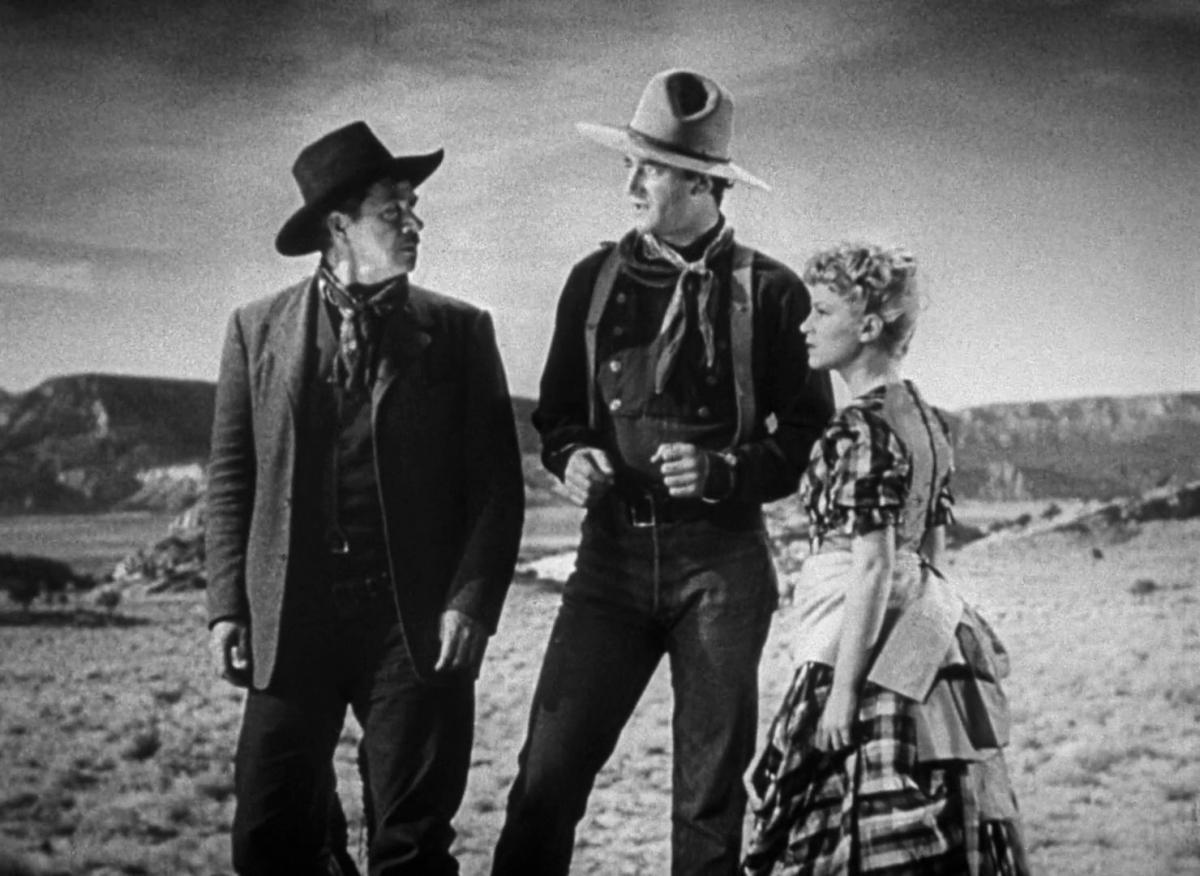 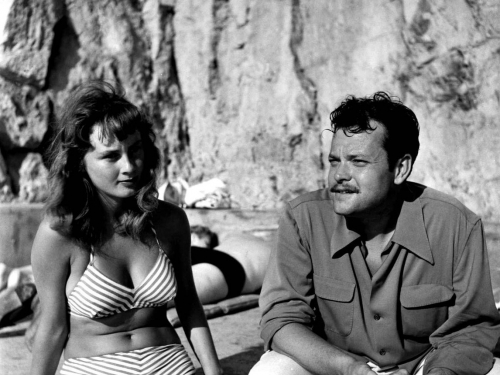 André Bazin is sometimes called “the inventor of film criticism”. Entire generations of film critics and filmmakers, especially those associated with the Nouvelle Vague, are indebted to his writings on film. Film opens a “window on the world”, according to Bazin. His writings would also be important for the development of the auteur theory. Bazin: “For those who do not participate in it, the reality of luxury naturally provokes the painful awareness of being banned. Its cinematographic dramatization, on the contrary, equals its realization and the euphoria of possession.”