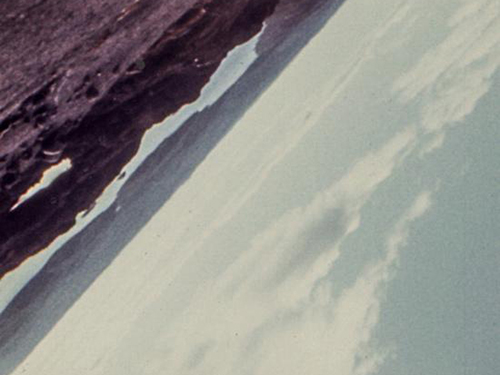 “The camera of La Region Centrale, instructed and controlled by the machine, turns in a wild and isolated Canadian landscape in a series of circular variations whose multiplicity of speed, direction, focus is the function of a ‘liberated’ eye. As Snow himself has said, ‘I wanted the spectator to be the lone center of all these circles. It had to be a place where you can see a long way and you can’t see anything man-made. That has something to do with a certain kind of singleness or remoteness that each spectator can have by seeing the film.’ And, ‘just think of that... that there is nobody there.’ Returning now to Baudry’s text, we pursue the investigation of the role of camera movement within the cinematic apparatus.

‘To seize movement is to become movement, to follow a trajectory is to become trajectory, to choose a direction is to have the possibility of choosing one, to determine a meaning is to give oneself a meaning. In this way the eye-subject, the invisible base of artificial perspective (which in fact only represents a larger effort to produce an ordering, regulated transcendence) becomes absorbed in, "elevated" to a vaster function, proportional to the movement which it can perform. And if the eye which moves is no longer fettered by a body, by the laws of matter and time, if there are no more assignable limits to its displacement-conditions fulfilled by the possibilities of shooting and of film-the world will not only be constituted by this eye but for it. The mobility of the camera seems to fulfill the most favorable condi- tions for the manifestation of the “transcendental subject.”’1

It is, of course, this disembodied mobility of the eye-subject which is hyperbolized in La Region Centrale, and it is again the spectator as ‘lone center’ and as ‘transcendental subject’ who is personified in the camera, whose extended mobility rivals that of dominant cinema-that of Ophuls, Welles, or Kubrick.”

“I would like to make a three-hour film ‘orchestrating’ all the possibilities of camera movement and the various relationships between it and what is being photographed. The movement can be an imperceptible part of the activity, can accent it, can counterpoint or contradict it and be independent from it. Since I’m sure nothing has been done in this area, perhaps I should clarify the sense in which I can say that camera movement is an unexplored potentially rich part of cinema: camera movement has generally been allied to the dictates of the story and characters being presented and follows what has been assumed to further these things, e.g., someone leaves the room, the camera follows this action. I give the camera an equal role in the film to what is being photographed.

The camera is an instrument which has expressive possibilities in itself. I want to make a gigantic landscape film equal in terms of film to the great landscape paintings of Cezanne, Poussin, Corot, Monet, Matisse and in Canada the Group of Seven.. . .

The scene and action will be shot at different times of day and in different weather, although all in the spring or summer.”

“La Région Centrale belongs to a family of my films which feature camera movement. The first of these, Wavelength, made in 1967, is built on a slow (45-minute) zoom. I then became interested in featuring panning, did a kind of sketch film titled Standard Time, which is all camera-on-a-tripod panning movement. Then I did the more formal <––> (spoken as "Back and Forth"). These films were each shot in interiors, rectangular rooms, and I became interested in extending what I’d learned about panning into open, non-enclosed space. I started to consider how a landscape film could be made that would be truly ‘film’ but would equal the effects of the great landscape paintings. I gradually envisaged a film of an exterior ‘scene’ that would be represented by spherical or arc panoramas at various speeds. The curved camera motion relates to the motion of the earth, the moon and the planets. I imagined circular camera movements that were continuous, but I found that these curved pans could not be made by available machinery. I realized that I’d have to make a tripod capable of 360-degree turns which did not photograph what was holding the camera or moving it. I had the great luck to meet Pierre Abbeloos, who was a technician at the National Film Board of Canada in Montreal. He solved how to make the ‘tripod’ do what we wanted, and he constructed it. The manual controls were basic (spherical panning, tilting and rotation and zoom), all at speeds of 1 to 10 (slow or fast). I ‘drove’ the camera. I had spent about two years imagining the movements and tried to refer to these notes, but felt more and more relaxed as time passed, ‘playing the machine.’ I could not see what the camera saw, so you can imagine the excitement when several days later we saw the results at the lab in Montreal. Abbeloos had made a tape-recording system that would instruct the machine to move the selected way, but we didn’t have the time to use it during the week of shooting on site and all the ‘instructions’ to the machine were done by me, mostly ‘by hand.’”

“One can hardly speak of image-flow, as that implies flow of disparate images when what we are given is pure continuum, wherein darkness, lightness, tactility, flatness, pure space (?) (sky), filled space (?) (clouds, rocks, whatever), all function as non-ceasing existence. Inanimate. ‘It’ is there. But emphasis on there. No attempts to integrate that into an illusionistic hereness.” 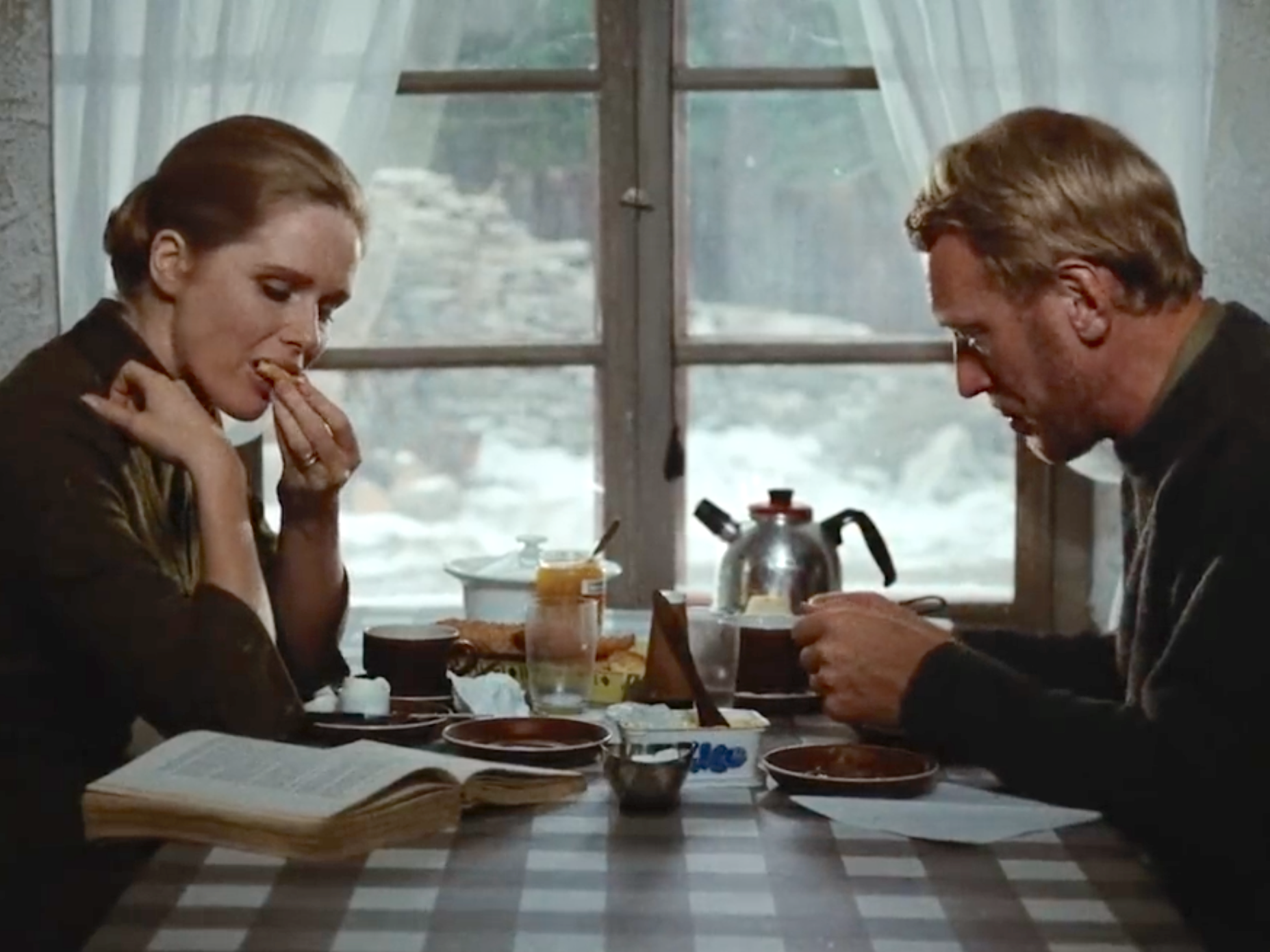 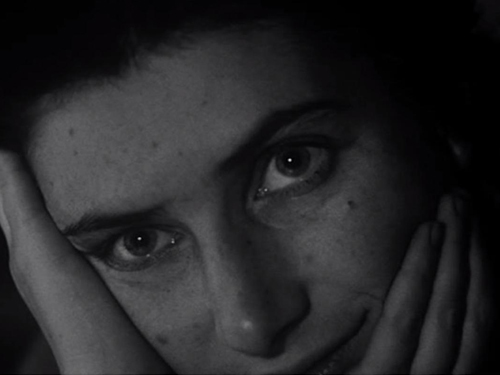