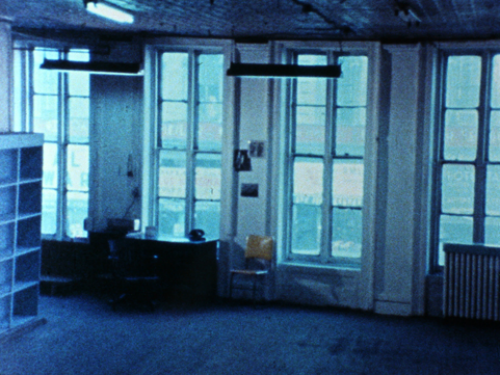 In 1966, at the height of minimal art in New York, artist Michael Snow chose not to make another object to be placed in a room but instead spent a year planning a film of a room: Wavelength, a forty-five-minute more or less straight-line zoom from the near to the far wall of a loft space, accompanied by a rising sine wave.

“My eye, tuning towards the imaginary, will go to any wavelengths for its sights.”

Stan Brakhage in Metaphors On Vision

“Wavelength was shot in one week in December ’66 preceded by a year of notes, thoughts, mutterings. It was edited and the first print was seen in May ’67. I wanted to make a summation of my nervous system, religious inklings and aesthetic ideas. I was thinking of, planning for a time monument in which the beauty and sadness of equivalence would be celebrated, thinking of trying to make a definitive statement of pure Film space and time, a balancing of ‘illusion’ and ‘fact’, all about seeing. The space starts at the camera’s (spectator’s) eye, is in the air, then is on the screen, then is within the screen (the mind). The film is a continuous zoom which takes 45 minutes to go from its widest field to its smallest and final field. It was shot with a fixed camera from one end of an 80 foot loft, shooting the other end, a row of windows and the street .... The room (and the zoom) are interrupted by four human events including a death. The sound on these occasions is sync sound, music and speech, occurring simultaneously with an electronic sound, a sine-wave .... It is a total glissando while the film is a crescendo and a dispersed spectrum which attempts to utilize the gifts of both prophecy and memory which only film and music have to offer.”

“There is a metaphor recurrent in contemporary discourse on the nature of consciousness: that of cinema. And there are cinematic works which present themselves as analogues of consciousness in its constitutive and reflexive modes, as though inquiry into the nature and processes of experience had found in this century’s art form, a striking, a uniquely direct presentational mode. The illusionism of the new, temporal art reflects and occasions reflection upon, the conditions of knowledge; it facilitates a critical focus upon the immediacy of experience in the flow of time.”

“The cool kick of Michael Snow’s Wavelength was in seeing so many new actors – light and space, walls, soaring windows, and an amazing number of color-shadow variations that live and die in the window panes – made into major esthetic components of movie experience.”

“A seminal work of the new avant-garde and unquestionably one of the most iconoclastic and original experiments of the 60s. This hypnotic, 45 minute long film consists entirely of one continuous, almost imperceptible zoom movement which traverses the length of the 80-foot New York loft. During this time, four tiny ‘human events’, none longer than a minute, occur in front of the camera (such as two people walking in), the rest is painful (to minds attuned to Hollywood plots) poetic contemplation that turns into reverie. A perfect example of the cinema of stillness, it weaves its charms so subtly that those who come to scoff remain transfixed. A speculation on the essence of the medium and, inevitably, of reality, the real protagonist of this film is the room itself, the private life of a world without man, the sovereignty of objects and physical events. The film is accompanied by a steadily growing electronic sound – created by the rising pitch of an oscillator working against the 60-cycle hum of an amplifier – which finally reaches an unbearable level; to Snow, the glissando of this oscillator sine wave is the sound equivalent of the camera’s zoom.” 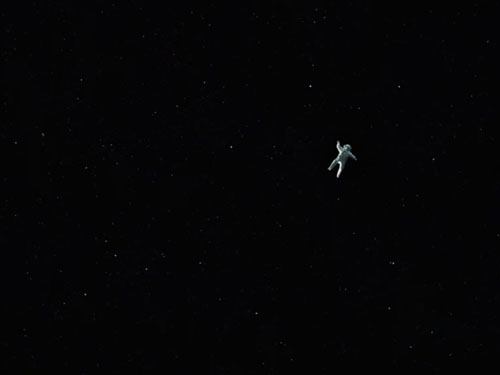 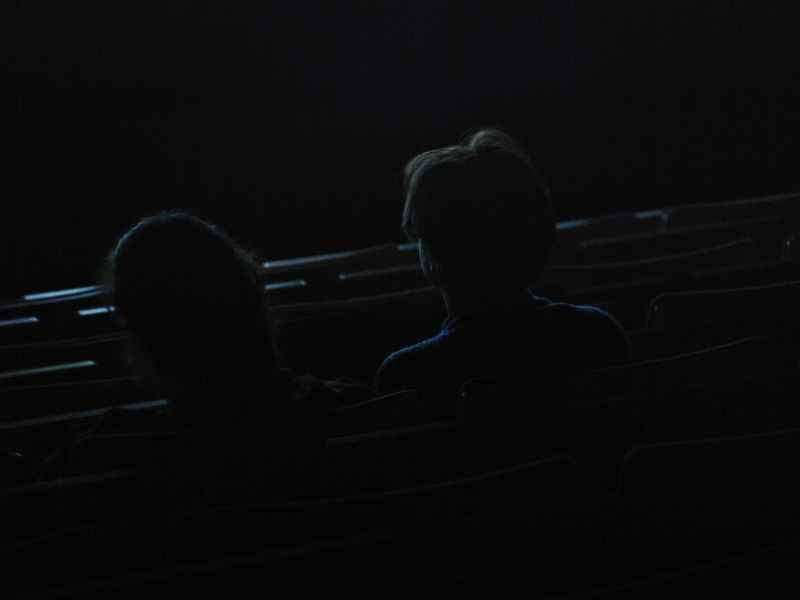