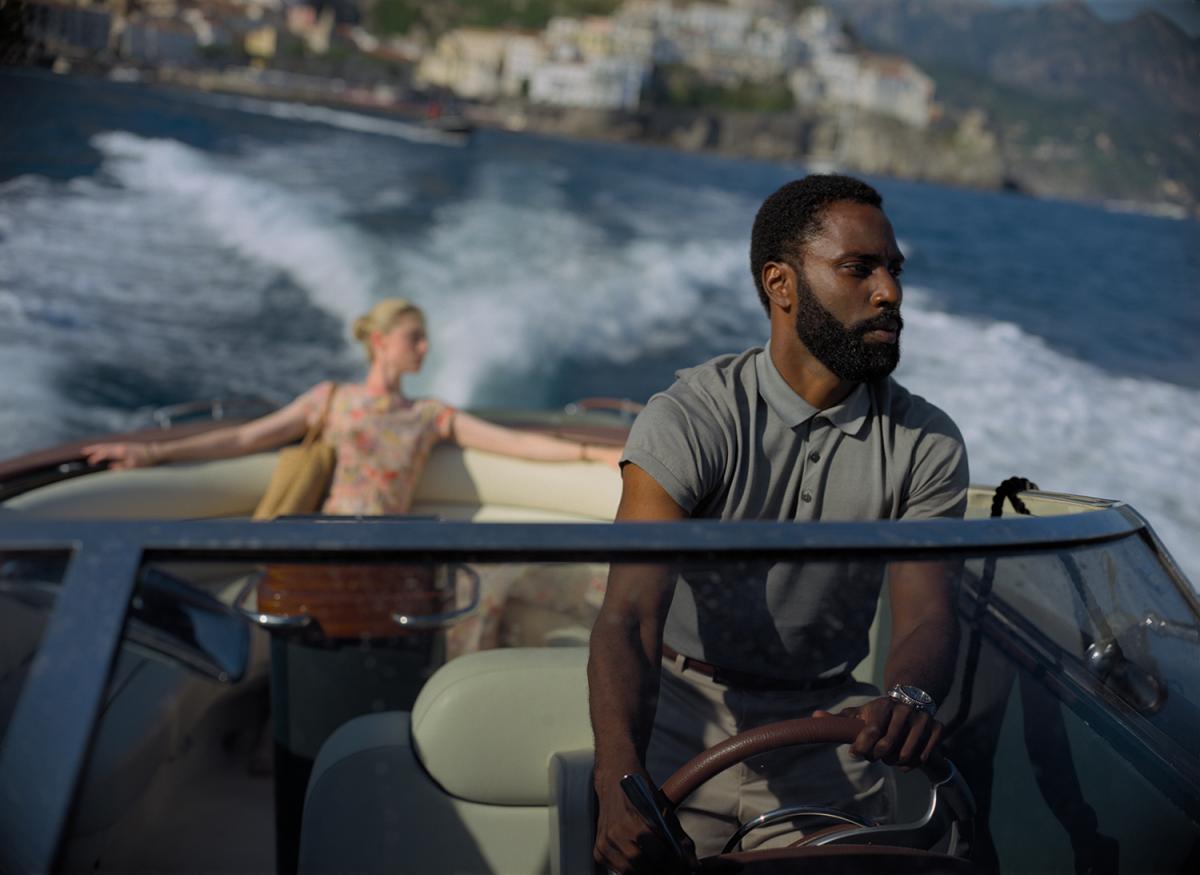 “The richer the elements of the frame, the more the centre will gain in dignity.” With these words the German art historian Ernst Gombrich summarised the concept of horror vacui in 1952: the technique of finessing the outer ends of a work of art until perfection, to grant the actual theme of the canvas our fullest and most undivided attention. More than a description, Gombrich also issued a warning here: the more alluring the periphery, the heavier the pressure on the centre. With increased ornamentation also came starker requirements on content.

Christopher Nolan’s Tenet is one of those films that’s supposedly about nothing, but unfortunately still about too much – a failed leap into the void. The film’s critical reception reflects this tension. A string of critics described Tenet as technically brilliant and endlessly amusing: “grandly entertaining” (Variety), “amazing cinema” (The Guardian), “a delightfully convoluted masterpiece” (The Times). In terms of content the evaluation proved to be more difficult. “Humourless”, “dashing but dull”, “chilly and cerebral”, even if it was a “visually seismic, sophisticated action film.”

The latter certainly holds true. Before everything Tenet is an action film, with Nolan’s storylines and characters serving as vehicles for a high-quality choreography of explosions and fight scenes. The work’s strongest moments offer us this purified formality and agility, where the technical ingenuity of the main characters’ actions is reflected in Nolan’s “sophisticated” mise en scène. With clock-like precision, long chases on a motorway, fight scenes in an airport, and hijackings in an Indian metropolis are slotted together, all against the backdrop of Nolan’s high-production soundscapes. Nolan crowns himself the king of the cinematic amusement park.

This rollercoaster will not do for the director, however. Spectators also have to be made to think, be forced to find their way to the film’s centre. And what is to be found there? Tenet’s plot resists easy summary. A so-called “Protagonist” (CIA agent?) infiltrates a Russian clandestine operation: the theft of a mysterious object during a spectacular hostage situation in an opera house in Kiev. After the operation’s dramatic end, the Protagonist meets Barbara, a scientist who shows him a series of objects whose entropy has been reversed: when he fires an unloaded pistol, a bullet miraculously appears in the gun’s magazine. The scientist then warns him of an impending Third World War. In the future, “someone” will be able to build a war machine with the aforementioned time reversal techniques to wipe away the world of the past. The Protagonist now learns that he is employed by a secret organization called Tenet (a palindrome), whose mission is to ensure the survival of the human race.

This series of events sets the tone for the rest of the film. Together with his new, enigmatic partner, Neil, our Protagonist follows a tentative trail that leads them to the Russian oligarch Andrei Sator. The Protagonist needs to master the art of “time inversion” in order to counter a global threat. What follows is a literal race against time: when the nine pieces of the “inversion bomb” are assembled, its inverted entropy will be released all over the globe, resulting in the death of all living things. It is the Protagonist and his sidekick’s mission to “travel back” from the future and reverse this fait accompli.

From its opening moments, Tenet’s play with time is more than merely technical. Rather, the reversed action scenes must offer insights into the human relationship to the temporal, beyond the purely visual value of the scenes. However, what this relationship entails remains unclear. Viewers are knocked about with technical tricks and manoeuvres showcasing Nolan’s mastery of the phenomenon of time travel, but but these techniques in no way lead to in-depth explanations or questions. “But can we change things if we do it differently? / What’s happened, happened. Which is an expression of fate in the mechanics of the world. It's not an excuse to do nothing. / Fate? / Call it what you want.”

Such “metaphysical” riddles are a constant in Nolan’s oeuvre, at the expense of a potentially less neurotic interest in reality. Interstellar best summed up Nolan’s politics: the earth, uninhabitable and exhausted, is not enough, not even for our imagination. The director’s imagination only functions in this “other” universe, whether it is a dreamscape (Inception), a quantum-physical universe (Interstellar), or a world fragmented by amnesia (Memento). For this reason, The Dark Knight saga still remains Nolan’s most able work: the fantasy world of the Batman universe neatly serves as an allegory for our contemporary world. Nolan can draw within the lines, away from his usual philosophical hobbyism.

As with Interstellar, Nolan calls on the services of theoretical physicist Kip Thorne for Tenet. Thorne needs to guarantee the so-called seriousness and depth of the undertaking while the film takes liberties with the science. In this respect, Nolan’s cinema reverses the work of that other great mannerist, Stanley Kubrick. As a megalomanic “mentalist”, the latter injected philosophy into his genre films; Nolan instead mixes his scientific neuroses with the genre conventions of the action film. Yet there is a major difference: Kubrick’s “mental cinema” (Lauwaert) was based on stylistic craftsmanship; Nolan’s craftsmanship, in turn, is little more than the disguised eroticism of a nerd.

Tenet is at its greatest when it really is about nothing, in those long action scenes that cover the middle of the film and run at more aggressive tempi. The scenes themselves function like an engine kickstarted only to then run down its counter. Beneath those arches Nolan’s formal pleasure takes centre stage. But the arches themselves can only be drawn by using a thematic engine: a brainless plot twist, a complication in a rescue operation, an improbable emotional reflex on behalf of one of the main characters (who turns out to be hopelessly attached to a woman he’s known only for five minutes and for whom he did not exhibit the slightest affection before – le ridicule ne tue pas), and the non-linear entanglements of time travel. Nolan offers us a James Bond film without the churlish adventurism and misogyny so typical of the franchise, with suspense as a statement in itself. At the same time Tenet empties the same box of tropes: characters caught in a new Cold War, a Russian villain controlling the world stage, everyone being on the payroll of an intelligence service and, finally, an unfortunately flat image of womanhood. In that sense Tenet is both Nolan’s best and worst work to date. The best, because the film is his first earnest embrace of his hollow box, his first explicit love letter to emptiness. But it is also the worst, because it is precisely those remnants of content which ultimately condemn the film to its defeat. Nolan is the formalist who dared not speak his name, a manqué mannerist, afraid that the day of his outing would also be his last. The pornographer who would not make porn: this is Tenet’s formula.

Nolan’s engine runs out in the film’s final scene. Just as in Inception, the director ends with a longer sequence in which two groups – “bad guys” and “good guys” – have to capture a castle, a Siberian underground bomb shelter in this case. The mise en scène is that of a video game. Against a bland, greyish background – a Russian nuclear compound in Tenet, a snowy landscape in Inception – the main characters run and shoot themselves ragged, tearing down the scenery with their weapons while pushing the film to its apex. This final scene feels flatter, more formatted, than earlier scenes, without any embedding in the contemporary. Previous scenes in the airport were granted a political edge by their setting in a freeport, a clever hint now absent at the end. During this test flight through the void, Nolan finally takes off his mask: the ending is nothing more than the cut scene of a videogame, that vacant moment when gamers are fed some meaningless images before the next level is loaded. The rendering screen in which Nolan unabashedly centres the ornament and gives up his horror vacui. In the meantime, the void has filled itself with a maze of meanings. Nolan longed for a leap into the unknown, but eventually cast little more than a sideways glance.

With thanks to Herman Asselberghs 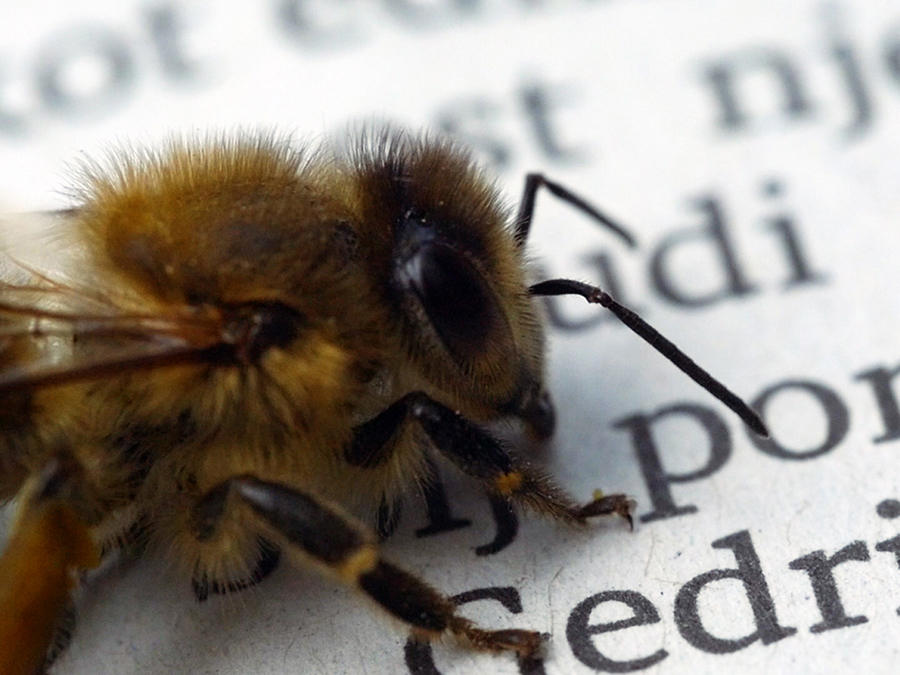 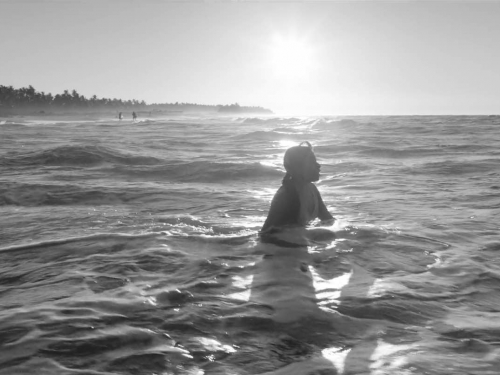