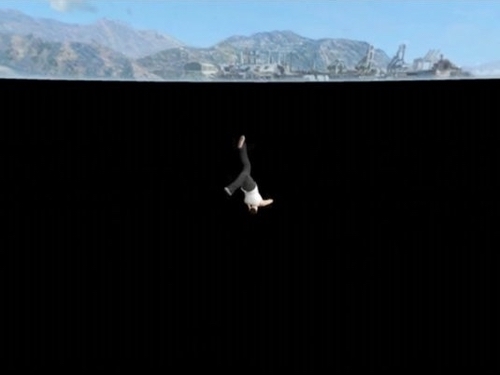 “In cinema, there is the wind that blows and the wind blown by a wind machine. In computer images, there is only one kind of wind: a new constructivism.”

“The virtual camera could dive into these waters, but there is no ocean to be seen. The rocks float on the water's surface, reminiscent of a child who cuts open a doll to probe the mystery of representation.”

“According to legend, the Greek [painter] Zeuxis could make drawings of fruits so realistic that birds flocked by to peck at them.”

“Does the world exist if I'm not watching it? / Everything that passes by has been put there only for me. / This world appears infinite. A world generated by the gaze which falls upon it.”

“The four-part cycle Parallel deals with the image genre of computer animation. The series focuses on the construction, visual landscape and inherent rules of computer-animated worlds. Computer animations are currently becoming a general model, surpassing film. In films, there is the wind that blows and the wind that is produced by a wind machine. Computer images do not have two kinds of wind.

Parallel I opens up a history of styles in computer graphics. The first games of the 1980s consisted of only horizontal and vertical lines. This abstraction was seen as a failing, and today representations are oriented towards photo-realism. For over one hundred years photography and film were the leading media. From the start, they served not only to inform and entertain, but were also media of scientific research and documentation. That’s also why these reproduction techniques were associated with notions of objectivity and contemporaneity – whereas images created by drawing and painting indicated subjectivity and the transrational. Apparently today computer animation is taking the lead. Our subject is the development and creation of digital animation. If, for example, a forest has to be covered in foliage, the basic genetic growth program will be applied, so that ‘trees with fresh foliage’, ‘a forest in which some trees bear four-week-old foliage, others six-week-old foliage’ can be created. The more generative algorithms are used, the more the image detaches itself from the appearance as found and becomes an ideal-typical. Using the example of trees and bushes, water, fire and clouds we compare the development of surfaces and colourings over the past thirty years in computer animation images. We want to document reality-effects such as reflections, clouds, and smoke in their evolutionary history.

Parallel II explores the borders and boundaries of the game worlds. The work follows characters attempts to escape the edges of their animated world by any means, and seeks to reveal what lies outside of the defined spaces and digital borders.

Parallel III seeks out the backdrops of the game worlds and the nature of their digital objects. It reveals digital worlds which take the form of discs floating in the universe – reminiscent of pre-Hellenistic conceptions of the universe. The animated worlds appear as one-sided theatre stages, with an apron and flat backdrops revealed only by the movements of an omniscient camera. The things in these games have no real existence. The objects in the worlds often do not react to ‘natural forces.’ Each of their properties must be separately constructed and assigned to them.

Parallel IV explores the actions of the heroes of the games, the protagonists whom the respective players follow through 1940s L.A., a post-apocalyptic, a Western or other genre worlds. The hero is thrown into his world. The heroes have no parents or teachers; they must test their relationships with others and find the rules to follow of their own accord. They hardly have more than one facial expression and only very few character traits which they express in a number of different if almost interchangeable short sentences. They are homunculi, anthropomorphous beings, created by humans. Whoever plays with them has a share in the creator’s pride.”

“Underlying Farocki’s investigation into the frontiers of innovation in current image-technologies is the assumption that increasingly, we live in technologically produced image-worlds in which images have become what he calls ‘idealtypical.’ In the new mimetic paradigm of digital ‘realism’, reality is no longer the measure of the always imperfect image; instead, the virtual image increasingly becomes the measure of an always-imperfect actuality.”

“Where does this, then, leave me, with respect to my feeling that Parallel I–IV is more enigmatic than its matter of fact tone seems to suggest, and that it might be ‘work in progress’ rather than a stand-alone? It has become part of the banalities of our post-human discourse to assert that the boundaries between game-play and dis-simulation, between role-play and reality are getting more porous and reversible. Parallel I–IV offers any number of these kinds of statements, opinions, descriptions – yet I think it would be a mistake to think that Farocki leaves it at that. With Farocki, one is well advised to complement the said with the unsaid, and sense the gaps between the elements that are being brought together by montage. For it is Farocki’s own labour of invisibility that enters into this montage, and becomes manifest through his invisible cuts: separating what is habitually thought to belong together, and joining what no-one else before thought of associating or connecting. And so, the long silences in Parallel between the voice-off commentary are not just there for us to append to what is being said, or apply to the images that follow, as if these images were mere illustrations of the words. Rather, the silences are themselves something like the counter-argument, or as Farocki liked to put it, they are the ‘counter-music’. In other words, Parallel I–IV – as the title already hints – might well be the negative foil to something else.”

“Close to the end of the first section of Harun Farocki’s last completed work, Parallel I–IV (2012–14), two images are placed side by side: an image of clouds rendered using computer animation and an image of clouds originally shot on photochemical film. A voiceover speculates, ‘Maybe the computer images will assume functions previously held by film. Maybe that will liberate film for other things’. In the English version a female voice speaks these words, but in German it is the filmmaker himself. [...] From which functions might film now be liberated? What might film now be free to do?

If computer generated imagery can better fulfill the desire for a completely controllable world, what space does this now leave open within the cinema? If those with faith in the image abandon or at least reduce to a bare minimum their use of photographic capture, practices that remain based in the primacy of recording take on a new urgency. It is precisely the betrayal of the Cahiers axiom that allows its fierce reassertion across a whole host of contemporary practices, slow cinema and new forms of documentary foremost among them. What is vanquished in the new constructivism is the unruliness of contingency; this is precisely what may now be let to reign elsewhere. In effect, the rise of computer animation as a form of worldmaking – whether in its pure form in games or in its hybrid employments in mainstream cinema – allows for the intensified pursuit of one of the cinema’s historical strengths: the registration of the world. These images by no means remain outside the domain of control; an aesthetic intentionality is still in play. But they are above all invested in the creation of a frame within which there might be time and space for the unplanned, the unforeseeable, for that which resists algorithmic calculation. In the later sections of Parallel I–IV, Farocki emphasizes, sometimes humorously, the rule-based schemas that govern bodily movement and human interactions within the game worlds. Countering these programmable codes and the escapist fantasies of control they harbour, one might propose that it is through engagements with the cinema as an apparatus of capture and re-presentation that we are privy to an exemplary ethical encounter with the fragility, alterity, and incalculability of our world.” 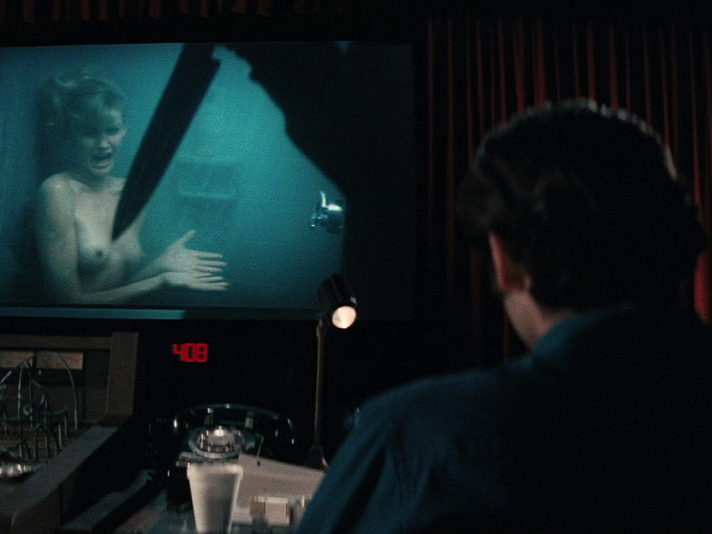 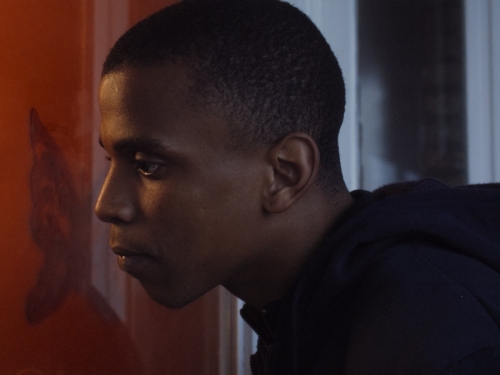 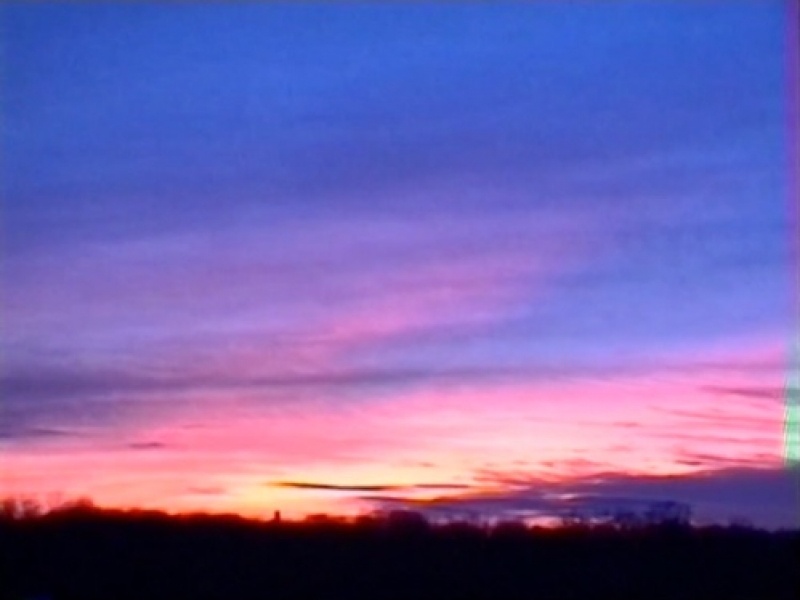