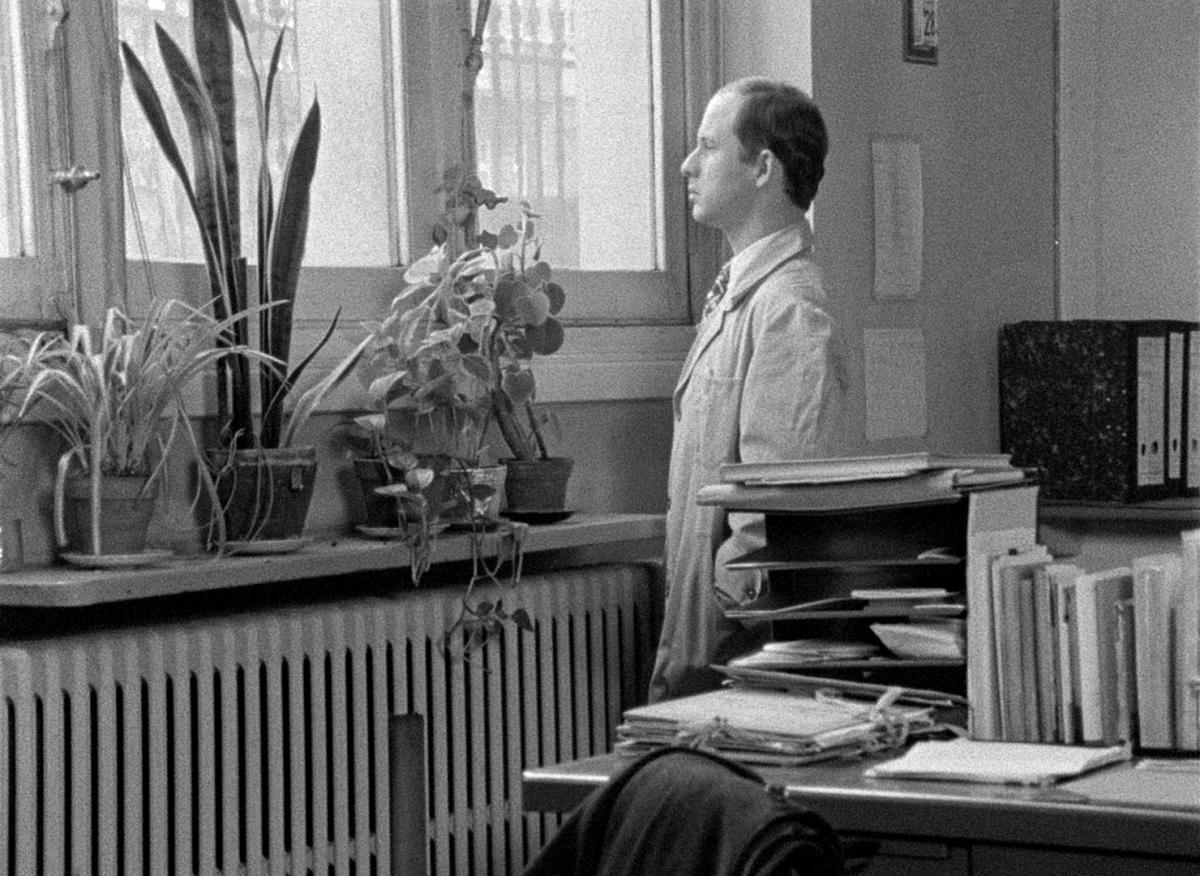 Jan Decorte, whose television play Nature morte was shown on national broadcaster BRT and who acts in Chantal Akerman’s Jeanne Dielman, made a film: Pierre. It was recently screened at the Film Museum. Black and white, 16 mm.

It is an intriguing film because of its original position in the field of Flemish film production. This is not some attempt at a standard technical finish that’s devoid of aesthetic politics. It is a clearly defined boundary, an emphatic style within which the entire film must develop. This is an unusual (almost suicidal) road for a young (Flemish) filmmaker. His colleagues are out to make attractive films that people will consider solid and professionally made. Films that are able to attract official subsidies, but only lead the public to believe that “we” might one day be able to make one too. Films that keep circulating in the distance and tension between the “norm” of international film production and “our” local efforts. Films that aim to undo this distance, all the while continuing to maintain it. Films that remain at the stage of experimental imitation, but have no claim to originality.

Decorte’s film is made with incredible haughtiness, diametrically opposed to the habits and expectations of young Flemish cinema. The approach Decorte takes with his actors is startlingly unusual. This is a unique Flemish film in which Flemish actors have been manoeuvred in such a way that their onscreen presence is neither Dutchly dynamic nor plumply Flemish. The title of his television play is a sort of declaration of intent by the filmmaker: Nature morte. Still life: that is how he makes his actors say a line, play a scene, and that is how he films them. Unlike that clumsy dynamism that makes Flemish actors so very irritating.

This aesthetic position is pursued in the camerawork and the framing, in the sophisticated attention to décor and space. For me, that is the filmmaker’s major revelation and strength: in this, he is entirely unique in Flanders. The advantages he manages to draw from claustrophobic kitchens and cubicles are masterly. The attention he devotes to the dreariness of 1950s bourgeois décors is refined and accurate.

Above all, Decorte seems to be a promising metteur-en-scène. As a scriptwriter and dialogist, he is less successful. At least to me, the issues he addresses are rather annoying: the petty official caught in a web of family control and repression, burdened with parental (maternal) tyranny, trapped in the rut of an office career, eventually affirming his autonomy in a fit of liberating madness. The metteur-en-scène’s aesthetic approach, that of the still life, is too close to the issues he is tackling. The oppression of the petty bourgeoisie is too easily approached as nature morte.

This text is published in the context of the online première of Hedda Gabler (1978), Pierre (1977) and Witlod Gombrowicz: voorvallen, avonturen (1977) by Jan Decorte, tonight at 19:30 on Avila. You can find more information on the event here.</p 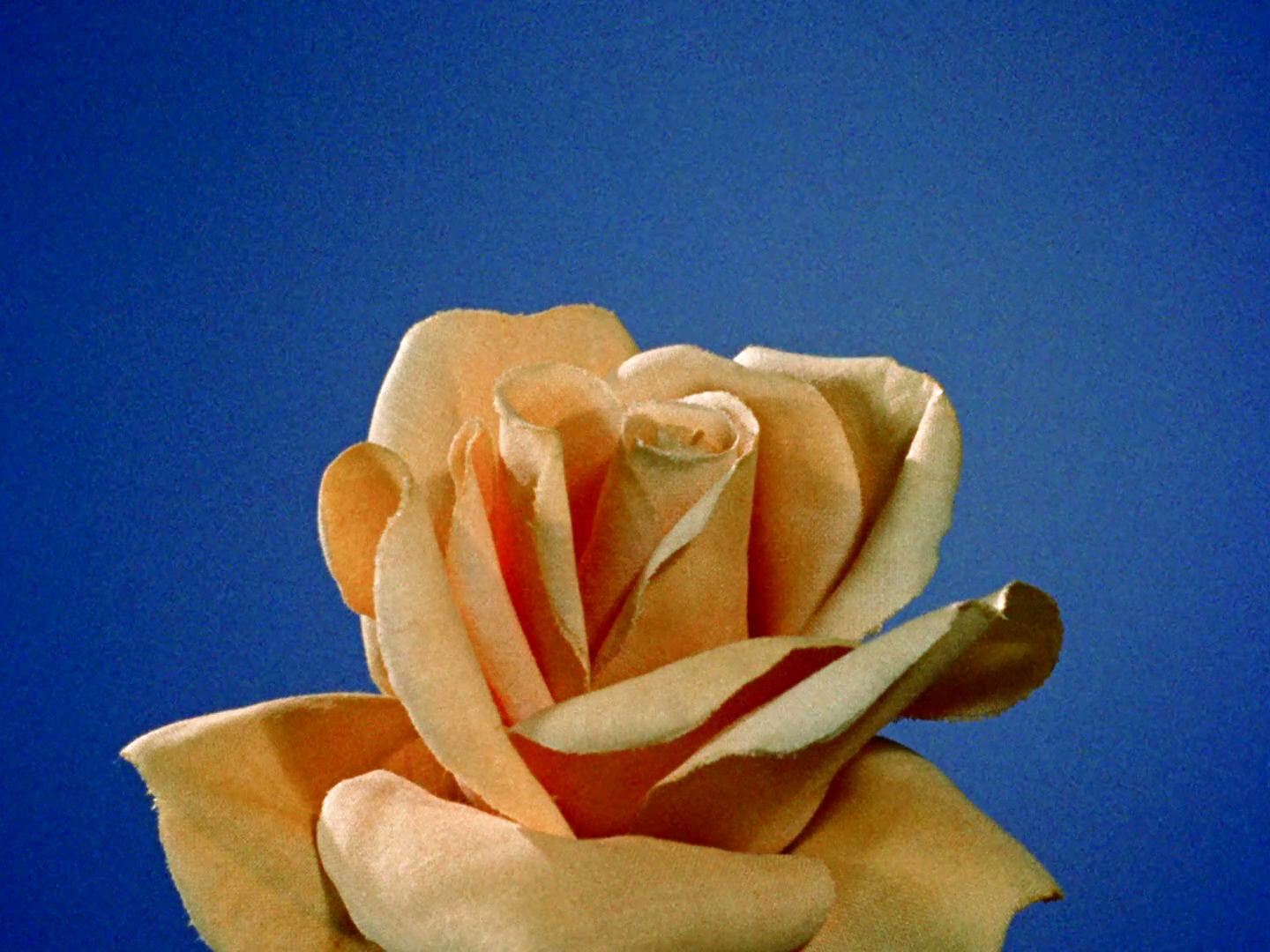 In ‘Dreaming of an Expedition’, published in 1996, the then 52-year-old Dirk Lauwaert takes stock of his long personal relationship, and his relationship as a critic, with the medium of film. He describes his burgeoning passion for film and how it further shaped his life as a young man; he clarifies, briefly and powerfully, what is at stake for him in the film experience; then the argument tilts: the film lover feels cheated by the dominant visual culture of the mid-1990s: it separates watching from experiencing. This calls for a renewed struggle for the autonomy of the film experience. But isn’t that a losing battle? 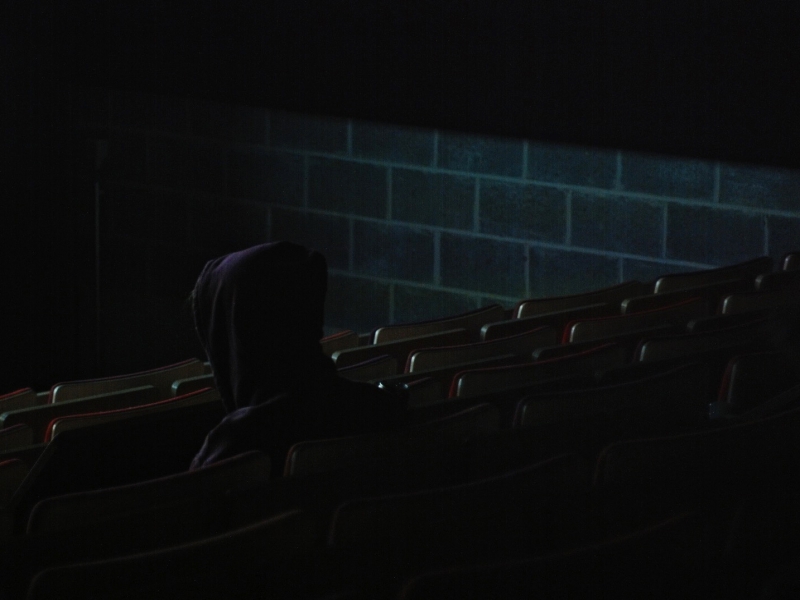 Into the Classroom and the Cinema with Dirk Lauwaert

Herman Asselberghs is currently working on a long-term film project at the film department of the LUCA School of Arts, where he has been teaching for two decades. Through the realization of a film essay, he probes the relationship between attention and distraction in the film theatre and the classroom. Throughout the creation process, Sabzian reports on his accompanying reading and writing. On a regular basis, Asselberghs selects an existing text that interests him and that he himself provides with an accompanying text. In this second instalment, he probes possible overlaps between teaching and film-watching by means of Berichten uit een klas [Reports from a Classroom], Objectieve Melancholie [Objective Melancholy] and other key essays by the Belgian critic Dirk Lauwaert. He also reminisces about Lauwaert’s overlooked Filmparties.