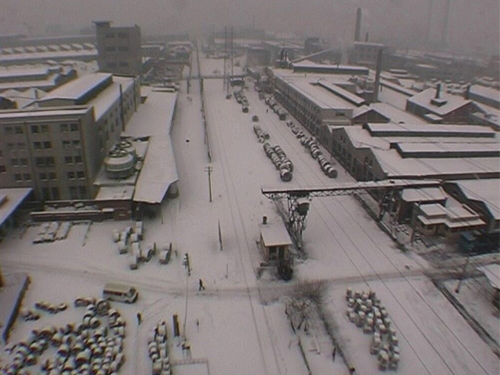 Article EN
West of the Tracks: Continuing the Journey
Jean-Louis Comolli 2013
Translated by

The exercise is new to me. To reread what I have written in another time. Over the past decade, I was occasionally prompted to speak on Wang Bing’s film West of the Tracks (2002), which I don’t just consider a great movie but a cinematographic event that changes the state of things we still call ‘cinema’. In Corps et cadre (Verdier, 2002), I regretted not being able to produce a true critique of this film fleuve (of nine hours). The thing was beyond me; it still is. I then resolved to a different tactical approach. To examine what remained of the film in my memory. A film which is that long, a whole which is that intricate, cut into four segments each lasting more than one hour, two hours, three hours, obviously presents a challenge to the memory of the spectator that I am.